This is the way the world ends… not with a bang, but...

This is the way the world ends… not with a bang, but a yawn 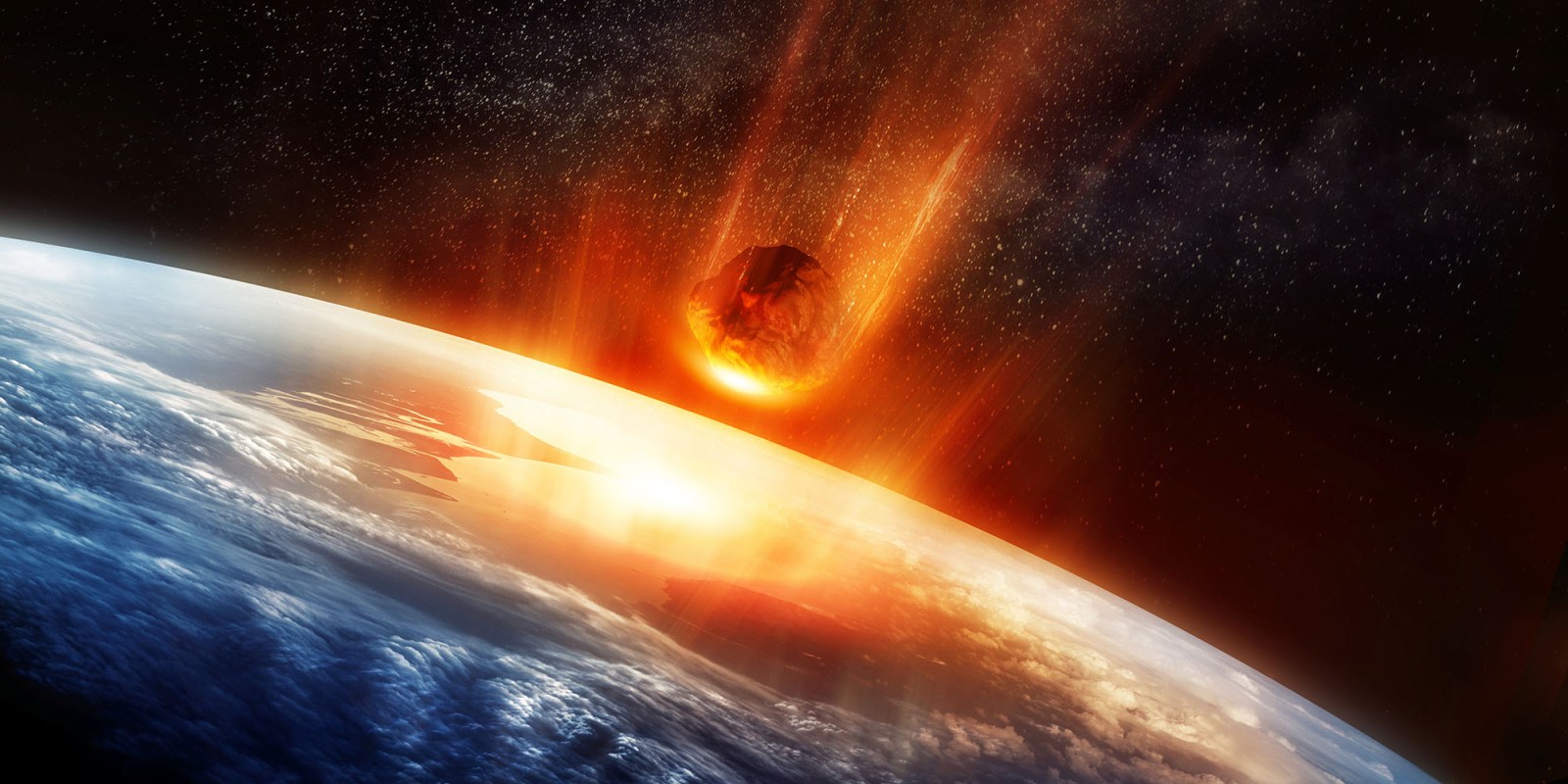 We get a collective death sentence, but everybody just gives one collective shrug and carries on with their lives as if nothing has changed, says the writer. (Image: AdobeStock)

No science-fiction writer would ever have concocted or even dreamed of such a plot for a story: humankind receiving the dreadful tidings that we are all going to be wiped out within a very short time-frame, and humankind JUST NOT GIVING A F**K.

It is December 2019. The story about our approaching doom has just broken on CNN, Sky News, and all news media worldwide.

WE’LL BE EXTINCT BY CHRISTMAS!!

It is very very huge, this asteroid, so the scientists say. It is at least twice as big as the asteroid or the comet or the thing that wiped out the dinosaurs.

If it splashes into the sea, it will cause tidal waves as colossal as the Himalayas. If it falls on land, it will obliterate an entire continent (and probably the one next door). The whole planet will be covered in dense dust clouds for decades to come, smothering and suffocating any living thing that might have survived the initial blast, except a few of the biggest cockroaches.

There will be no place to hide from this cataclysm…

Of course, this is a fictional tale. No such deadly asteroid has yet been detected. The possibility of one being detected in the near or distant future is, of course, hypothetical. Yet possible.

Indulge me, however, as I embroider some more on this hypothetical yet possible scenario.

What fascinates me about such a hypothetical (yet possible) scenario is not the mayhem and destruction it could cause.

What fascinates me is this: how would humankind react to such breaking news?

No doubt, humankind will be very shocked and upset.

As the asteroid approaches, and scientists start figuring out the most likely spot where this object is bound to crash-land – say, they decide it might fall on Disneyland – people are bound to flee from Disneyland and the entire area around it (in other words, the entire United States), in droves. The highways will be jam-packed with fugitives rushing off to places like Canada… Mexico… (thank goodness Trump hasn’t built that wall yet).

Religious fanaticism will abound. The suicide rate will escalate. Political leaders will try to calm the populace in vain. Everything on Earth will change with this news. Not a single thing will continue as normal. Marriages will fall apart as couples start cheating on each other, trying to squeeze as much hedonistic pleasure into the remainder of their pathetically short time left on Earth. Drug overdoses will skyrocket. Helen Zille will delete her Twitter profile. Some of the “Afrikaans Is Groot” concerts may be cancelled.

None of this will happen.

In fact, nothing will happen.

At least, nothing much.

Some emergency meetings may be convened. There might be some lengthy and time-consuming debates by world leaders as to what the best response should be to the looming catastrophe.

In the end, they will decide that economic growth is still more important than anything else.

Oh, of course, there will be protests, especially among young people who still have most of their lives ahead of them. They will occupy some government buildings. They will debate it on social media. They will wear tie-dye T-shirts and they will listen to death metal and they will hold up banners protesting the imminent extinction of the species and they will smoke a lot of dagga and be very pissed off.

The politicians will brush these protesters aside.

“They’re just a bunch of fanatics.”

“They stink. They should get jobs.”

Even if and when – and now I’m getting hypothetical to the extreme – a 16-year-old girl with pigtails and a serious face were to come from nowhere and make an impassioned plea to the United Nations to take this crisis seriously – to perhaps send a missile to try and intervene, to get all the best scientists together to investigate all the options, to try and do ANYTHING to stop the bloody asteroid – most people will hardly notice her.

Oh, there will be talk of giving her a Nobel Prize, but that idea will soon dissipate. A publisher might publish her life story (hopefully just in time, just before Doomsday). Others will say: “Don’t listen to her, she’s just a spoilt brat, she will see things differently once she grows up.”

(Pity she’d be dead before she grows up. Like everybody else.)

I’m sure you know exactly where I’m going with this narrative.

“Oh, but an asteroid is much worse,” someone might say. “It is very fast. We would see it coming on TV. There will be a terrible noise.”

Oh, pardon me. You don’t see the Amazon forests burning, then. Not at all. That was on TV, wasn’t it? You haven’t noticed the increasing numbers of hurricanes and tropical storms, they’re making a terrible noise, too, aren’t they? And what about Venice and Hawaii sinking beneath the waves? Do you realise New Zealand may be next? With half of Australia already destroyed in a blazing inferno, what will happen to future Rugby World Cup championships?

Or what about the fact that in the five minutes while you were reading this column, at least three species have been wiped out?

“Oh, but death by an asteroid would be BANG, all at once,” someone says. “Climate change is gradual.”

They’re both quite shitty, in my book. In fact, personally I’d prefer an asteroid. Being killed gradually by disease, drowning or hunger actually sounds much worse than being killed instantly.

“But it’s not our fault,” someone else might say. “It’s not us who are causing climate change. The world is heating up naturally because that’s what the world does from time to time. The world is like an old Ford bakkie. Everyone knows that.”

There might be some truth in that. I had an old Ford bakkie, way back in 1989, and, believe me, those old Ford bakkies are very unpredictable. You never know what’s going to happen next.

But is the fact that the world heats up all by itself an excuse for speeding up the process even more? Isn’t that a bit like setting your old Ford bakkie on fire and watching it go up in flames like a Kuga? One would have to be really stupid to do something senseless like that…

But it’s not just the heating-up thing that’s the problem.

What about all those mountains of plastic in the oceans?

And all the nuclear waste piling up?

And all the pollution, and overpopulation, and all those cows they keep on breeding for human consumption and all they do is fart? Do these things all happen by themselves? Did McDonald’s cause the last Ice Age?

It’s a futile argument, anyway, because an approaching giant comet or asteroid would, after all, not be anyone’s fault either.

But if such an asteroid ever approaches us, one would at least expect humanity to be quite shocked. That would make more sense than to react to the threat with such complete apathy. Say something, at least! Even a “My fok, Marelize!” will suffice!

No science-fiction writer would ever have concocted or even dreamed of such a plot for a story: humankind receiving the dreadful tidings that we are all going to be wiped out within a very short time frame, and humankind JUST NOT GIVING A FUCK.

We get a collective death sentence, but everybody just gives one collective shrug and carries on with their lives as if nothing has changed.

That is not the way the world should end. It’s just not right.

The world should end with a BANG, if it ends.

Or, at the very least, a loud whimper.

This is the way the world ends… not with a bang, but a yawn