The decline and fall of US Attorney-General William Bar...

The decline and fall of US Attorney-General William Barr 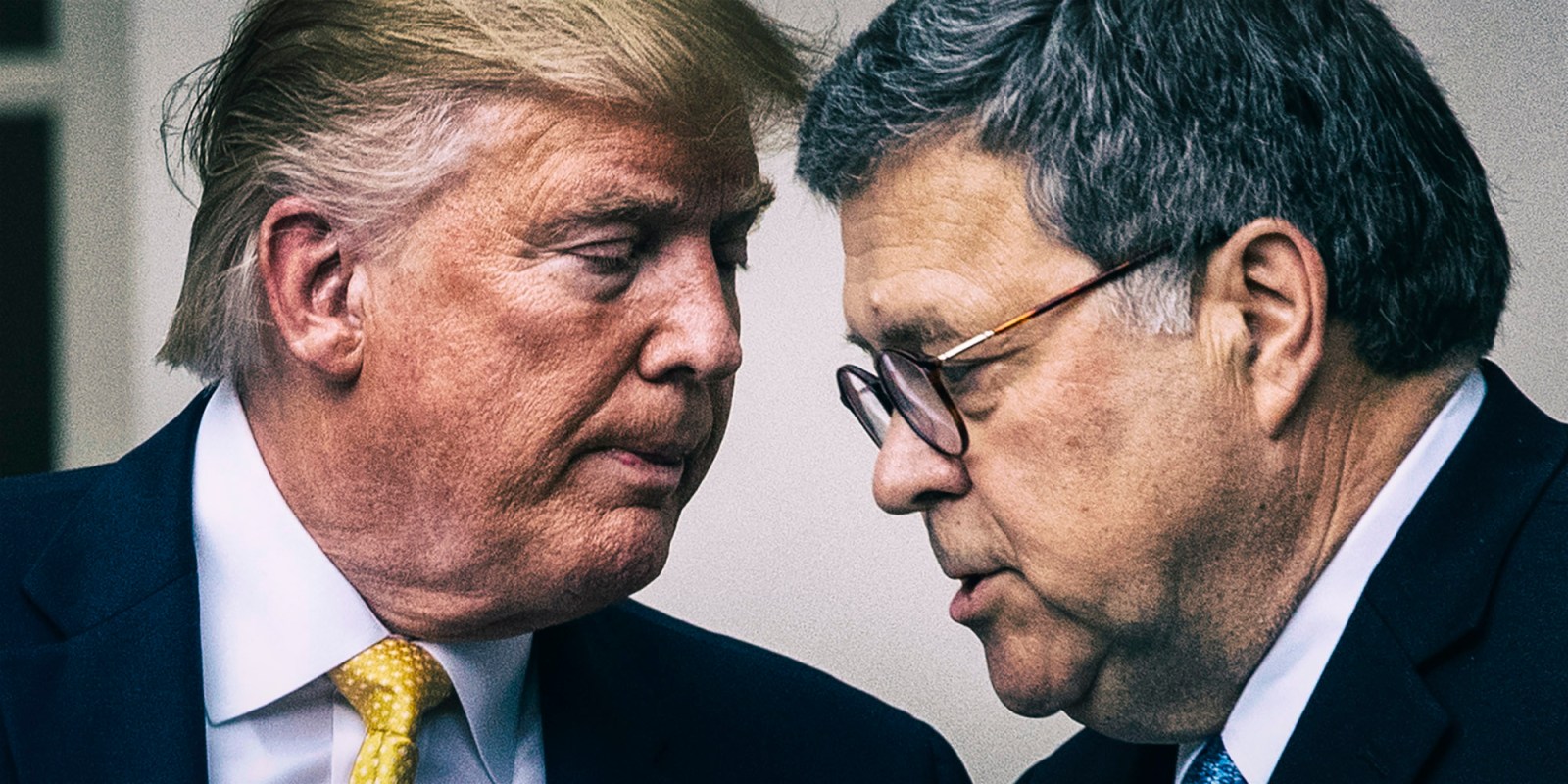 The US Attorney-General’s recent actions raise the question of whether he is acting as the nation’s top law-enforcement official or as Donald Trump’s own defence lawyer.

US law-enforcement officials are no strangers to politically motivated investigations. From Attorney-General A Mitchell Palmer’s infamous “Red Raids” in 1919-20 to FBI director J Edgar Hoover’s pursuit of the Berrigan brothers and other nonviolent activists in the 1960s, political prosecutions are as American as apple pie.

The Department of Justice under President Donald Trump appears to be continuing the tradition. No one is surprised that Trump himself is deploying every Orwellian device at his disposal to thwart the current impeachment inquiry in the House of Representatives. But it has been tragic to witness Attorney-General William Barr following suit by launching investigations into career national-security officials just for doing their jobs.

Owing to his paranoid obsession with a mythical “deep state”, Trump has long singled out FBI agents and CIA officers in his public attacks. It is these professionals, after all, who uncovered Russia’s operation to assist his presidential campaign in 2016, as outlined in the Mueller Report. But now, Barr, too, has decided to advance the “deep state” fiction on Trump’s behalf. Demonstrating an unprecedented level of involvement by an attorney-general, Barr has travelled to both Rome and London, reportedly to question Italian and British officials in person about the origins of the Russia investigation.

Barr’s actions raise the question whether he is acting as the nation’s top law-enforcement official, or as Trump’s own defence lawyer. In a phone call with Australian Prime Minister Scott Morrison, Trump asked the Australians to assist Barr in his efforts. The blatant political message is impossible to miss. Existing treaties establish clear procedures for law-enforcement cooperation and intelligence sharing (through far more secure and discreet channels). If a US attorney-general or US prosecutor needs an ally’s assistance in the course of a legitimate investigation, they can simply ask for it themselves.

Moreover, it is no secret that Barr is trying to legitimise Trump’s “deep state” fantasy. He has said as much himself. Last May, he described the FBI’s counterintelligence investigation into Russian election interference as “spying” on the Trump campaign. When asked about his Trump-like choice of words, Barr resorted to conspiracy theory, suggesting that a “Praetorian Guard” within the US intelligence community may have had designs to influence US elections. Their threat to the republic, he said, was as great as Russian cyberattacks.

Barr is currently reviewing a Justice Department inspector-general (IG) report on whether the FBI misled the Foreign Intelligence Surveillance Court in order to target Trump’s 2016 campaign. And the probe into the Russia investigation, now formally in the hands of John Durham, the US attorney for the District of Connecticut, has apparently become a formal criminal inquiry.

Durham’s investigation will all but certainly have a chilling effect on the US intelligence and law-enforcement communities. Already, Department of Justice investigators have reportedly sought to question CIA analysts about their work uncovering Russian interference on Trump’s behalf in 2016, even though both the Mueller Report and the intelligence community’s 17 agencies have unanimously confirmed that finding. Needless to say, having criminal prosecutors second-guess intelligence analysts’ judgment is not a very good way to encourage independent fact-finding, including into Russia’s ongoing efforts to interfere in US elections. For Trump, who still denies Russia’s interference in 2016 and derides the intelligence community’s work, perhaps that is precisely the point.

National-security professionals should be particularly on guard for whatever is coming next. The office of the Justice Department inspector-general initially refused to accept written comments about its conclusions from those being questioned about the Russia probe, even though that is the standard procedure for ensuring that statements are accurate and thorough. Following public criticism, it has since said that it will accept written feedback. Reversal or not, the effort to prohibit comments in writing obviously raises concerns that the final report will attempt to politicise the underlying facts.

Worse, Barr is planning to release the report in coordination with Trump’s allies in Congress, where Republicans are eager for ammunition to deflect attention from the impeachment proceedings. It is worth remembering that in March, just before the release of the full Mueller Report, Barr issued a four-page summary of that 450-page document that was widely criticised as misleading, including by Mueller himself. After consulting with Barr, Senator Lindsey Graham of South Carolina, a vocal Trump sycophant, has suggested that the IG’s report will include stunning revelations of abuses of a system that has gone “off the rails”.

In his warning about an American “Praetorian Guard,” Barr condemned those who “identify the national interest with their own political preferences and… feel that anyone who has a different opinion, you know, is somehow an enemy of the state.” Following Trump’s example, his language was clearly an attack on the senior officials who oversaw the counterintelligence investigation into Russia’s election interference: former FBI director James Comey, former CIA director John Brennan, and former director of National Intelligence James Clapper.

Time will tell whether Barr’s investigation of the investigators turns up anything of substance. His portentous hints of a deep-state conspiracy have left Trump stalwarts giddily awaiting the release of the IG report. In any event, congressional Republicans have now taken to maligning the career military officers and diplomats who have come before them in the impeachment hearings. At this point, they aren’t likely to change their tune. The question is whether Barr will change his.

Last May, Jan Crawford of CBS asked Barr if he worried that his service to Trump might damage his reputation. “Everyone dies,” he said. “I don’t believe in the Homeric idea that… immortality comes by… having odes sung about you over the centuries.” Perhaps that response is the best one can hope to hear from an attorney-general who is comfortable peddling conspiracy theories to justify otherwise dubious investigations that please his boss.

As for how Barr may be viewed in the fullness of time, there are historical parallels. The Soviet prosecutor Andrei Vyshinsky played a prominent role in the Nuremberg trials, held high academic posts, and became one of his country’s top diplomats. But before that, he was the chief prosecutor in Stalin’s murderous show trials. Today, that is the only thing for which he is remembered. BM