‘Right to protest a cornerstone of democracy’ 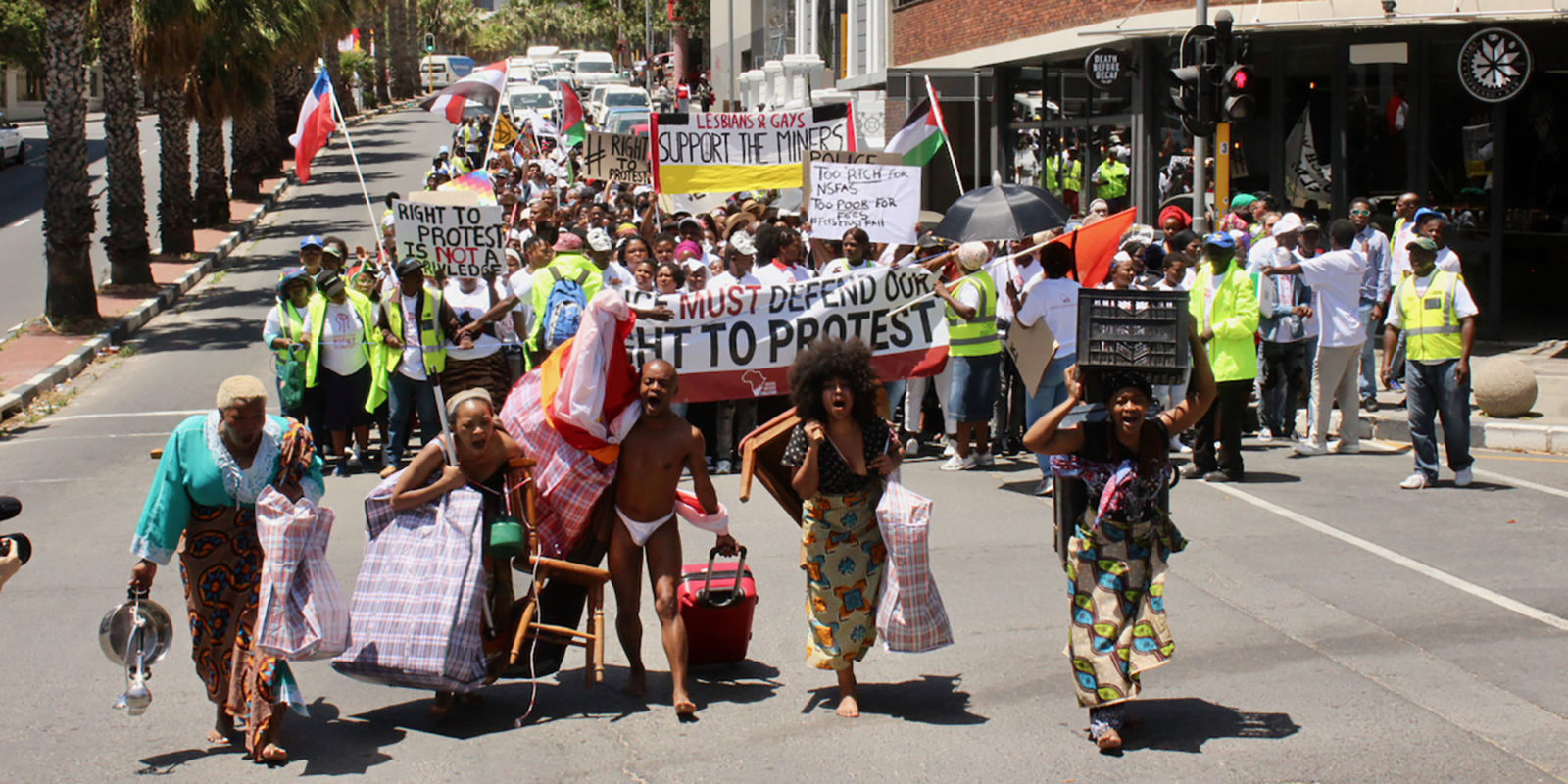 The Social Justice Coalition organised a march to Parliament to reaffirm the right to protest on Tuesday. (Photo: Velani Ludidi)

SJC organised a march to Parliament, marking one year since Concourt affirmed its right to protest. By Velani Ludidi

The judgment came five years after the ten participants in an SJC protest over sanitation in Cape Town’s informal settlements were criminally charged and found guilty of convening a peaceful gathering without giving notice. The SJC challenged the convictions and the “criminalisation of protest action” and won in the Constitutional Court.

Deputy secretary-general Mandisa Dyantyi said, “We have seen the importance of protest across the globe, even the attainment of freedom in this country came after protests … The right to protest is the cornerstone of democracy.”

The march from Philip Kgosana Drive included performance pieces drawing attention to protest action both historically and internationally, including the Sudan and LGBTQI protests. There were also visual installations and references to other protest actions along the protest route.

Dyantyi said they were expecting someone from the presidency to receive them. “We followed all the protocols, wrote emails, but no one is here to meet us.”

Dyantyi said they wanted President Cyril Ramaphosa to advocate for people across the globe “to be able to assemble and make their voices heard.”

The march ended without anyone receiving the protesters. DM