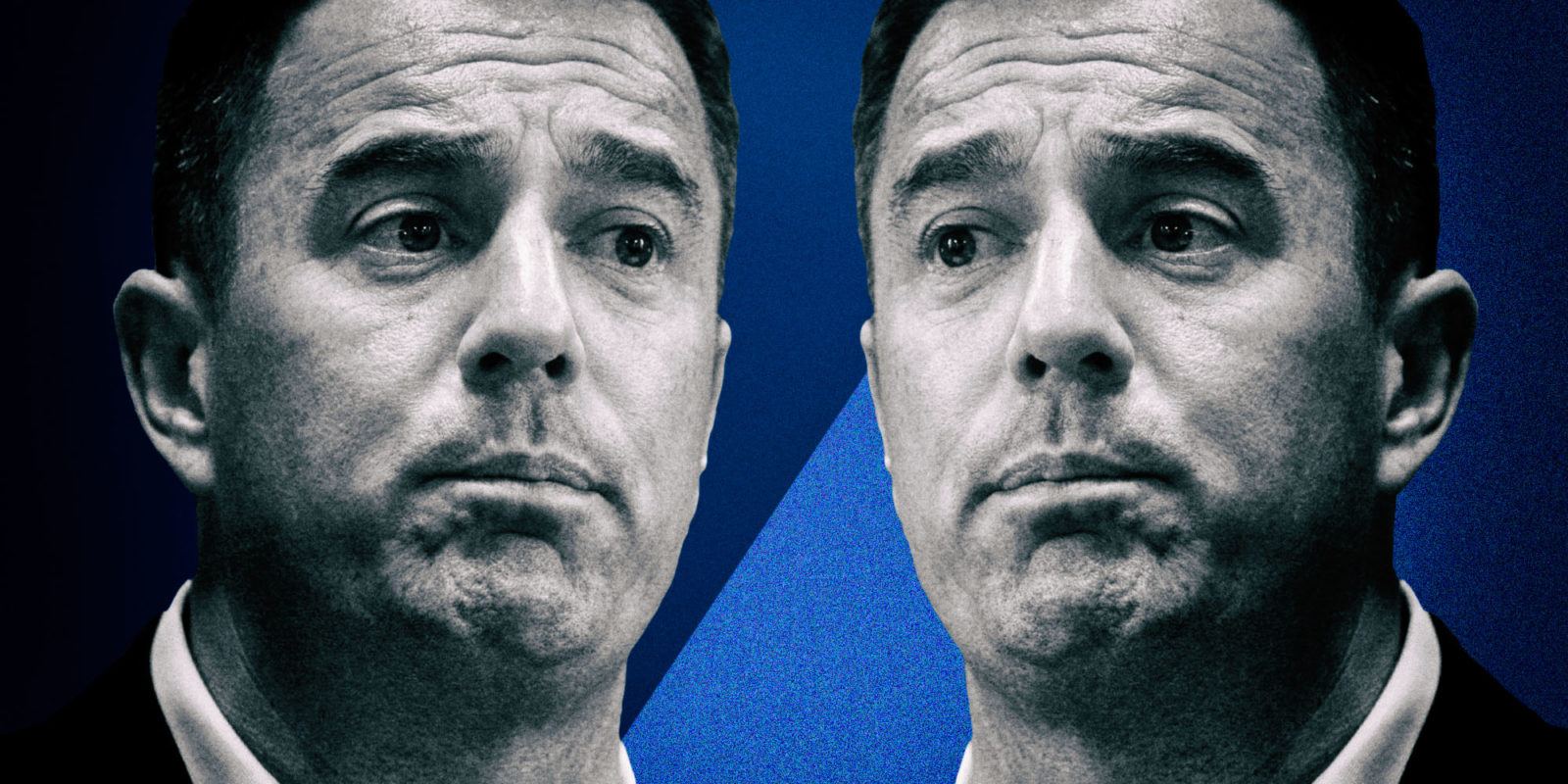 There can be no doubting John Steenhuisen’s intellect and his ability to debate. He is quick on his feet and never at a loss for words. But the cleverest people do not always make the best politicians.

The Democratic Alliance (DA) faces serious problems that could cause an irreparable rupture in the party. Many of these problems are to do with South Africa’s main issue – race – and the inequality that comes with it. Bluntly put, the DA both wants to retain the voters from minority groups that it has, and to appeal to the much larger bloc of black voters. Pulling this off will be a herculean task for the party’s newly elected interim leader, John Steenhuisen.

There can be no doubting the natural, almost boundless confidence that Steenhuisen possesses. A politician needs confidence. It takes confidence to stand up in the National Assembly, just after the EFF has been thrown out violently, and demand of the speaker, “What was that… who were those men?”, as Steenhuisen did.

It also takes confidence, as a white person in South Africa, to stand up and ask black people to vote for you.

Race is the defining issue in our society and our politics, and Steenhuisen will need all his confidence – and more – to surmount this.

The leader of a political party has a huge influence on the voting behaviour of the electorate. Case in point: there were many who predicted the ANC could lose the May elections if President Cyril Ramaphosa were not its leader. In the UK, research shows that the leader of a party is a crucial factor for voters (this research was carried out before Brexit changed everything). Some in the US now believe that Donald Trump may be destroying the Republican Party.

In South Africa, the past weighs heavily on Steenhuisen’s racial identity.

Speaking to SAfm on Monday 18 November, he made the point that he did not decide, “as I came out”, what race he wanted to be. True, but politics, like life, is not fair. How he deals with the problem of racial identity will define his leadership.

There can be no doubting Steenhuisen’s intellect and his ability to debate. He is quick on his feet and never at a loss for words. But the cleverest people do not always make the best politicians. Much more than brains is required; in particular, the need for empathy and the ability to project that empathy.

To succeed, a politician must convey to voters that he or she “feels their pain”.

In South Africa, a white male political leader needs to be able to show black women that he understands, at least partly, how their lives are so different from his. Steenhuisen has stated his ambition to be elected the permanent leader of the DA. To have any hope of doing this and of then gaining more votes he has to transcend the race issue and to portray empathy.

Granted, he will have some help – there are black leaders in the DA who can help ensure that the face of the party is not seen as white. But his tone will be hugely important. While his ability to question and hector the ANC in Parliament is undoubted, the image on television of a white man lecturing a black person is not going to help him. The image needs to change.

There were important reasons why Mmusi Maimane was such an attractive candidate to lead the DA. Some of those reasons may count against Steenhuisen.

In the shorter term, one of his main priorities will be to unify the party: the ongoing squabbles and skirmishes will have to end.

This kind of internecine strife often plays out on Twitter for all the world to see. It has been a huge problem for the ANC, with leaders and members in the party vilifying each other.

It also affects the DA and will take a considerable force of will to curtail. Leaders who besmirch one another in the public gaze, whether they be Tony Yengeni and Tito Mboweni in the ANC, or Ghaleb Cachalia and Phumzile van Damme in the DA, are able to get away with it because they represent constituencies. They sometimes give the impression they have lost all fear and respect for those in the party with higher authority. Steenhuisen will have to instil that respect and fear anew.

He may have to make an example out of someone, which could lead to a difficult situation in the party, should that person have significant political power.

Talking of which, there is also the person who, in some ways, created many of the DA’s current woes, the former leader, and current Chair of the Federal Council, Helen Zille.

It was her election that led to the resignation, in short order, of Herman Mashaba, Maimane and then Athol Trollip. Steenhuisen will have to ensure that he is not cast in her mould. Rightly or wrongly, Zille is seen as an important symbol of the party, and as proof that it is going backwards.

Steenhuisen has to somehow see to it that Zille is not perceived as the one pulling the strings. That won’t be easy, as her election proves she has strong support in the DA.

The divisions in SA society and the deepening economic crisis are exerting massive pressure on political parties. Constituencies are being driven further apart, something that has hit the DA hard. Bringing constituencies together under one big blue umbrella will be Steenhuisen’s biggest problem.

It’s going to take a lot more than confidence. DM