‘Profit was more important than safety for Boeing’ 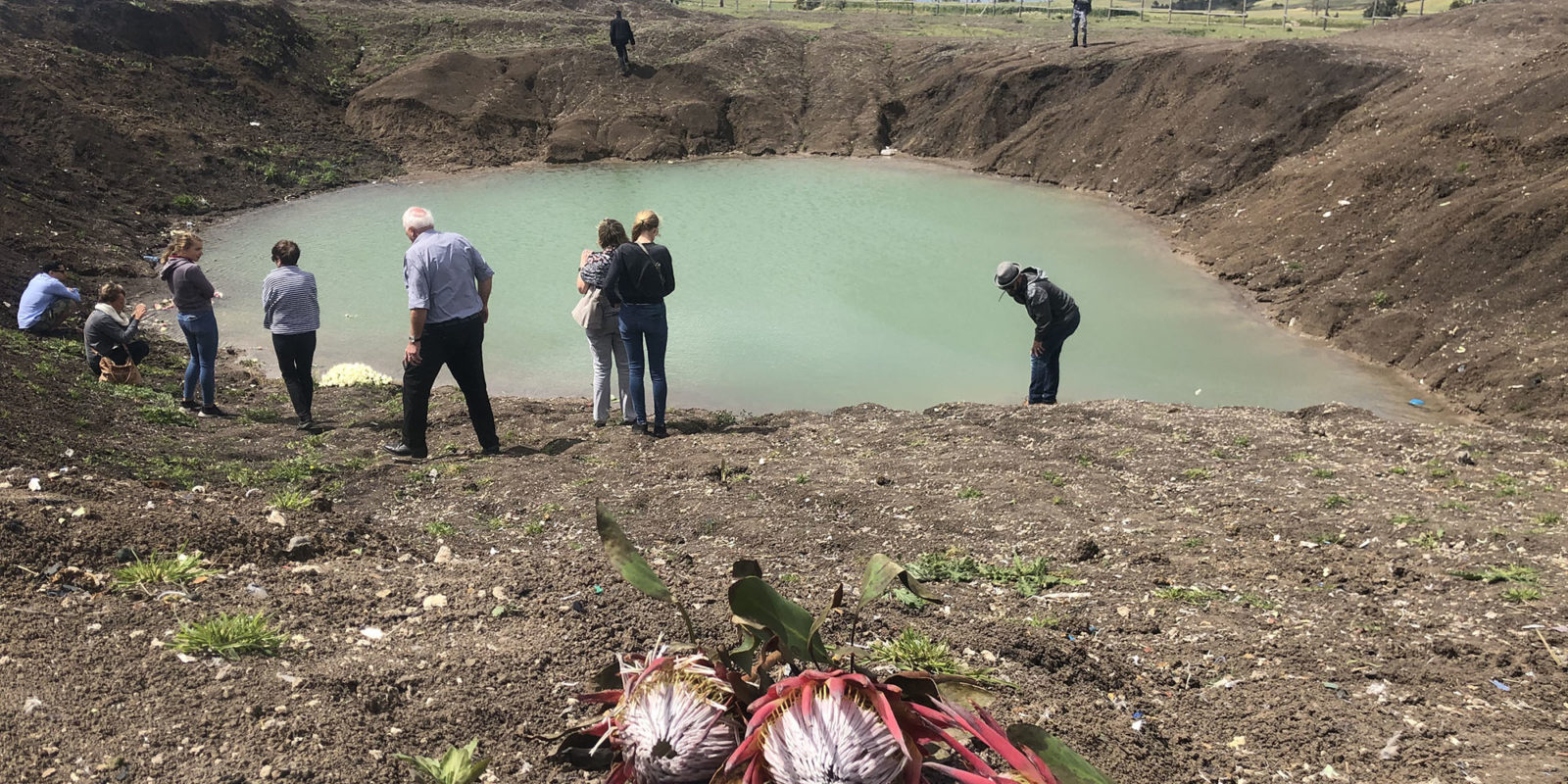 Eight months after their son, Max Thabiso Edkins, died onboard Ethiopian Airlines Flight 302, Don Edkins and Marianne Gysae are waiting for the day Boeing takes full responsibility for the deaths of 157 people. The Edkins are one of 101 families to have opened cases against the company.

Max and his wife found the saying written on a wall while travelling through Zanzibar, and eight months after his untimely death, the mantra helps Max’s parents Don and Marianne get through their days.

“Our world has turned upside down,” Marianne told Daily Maverick. The events of March 10 are painful for the two parents to speak about. The crash is still fresh in their minds.

Both aircraft were new Boeing 737 MAX 8 craft (although the planes themselves have been in production since 1967), and both experienced the same technical issues before crashing.

The system that primarily resulted in the fatal nosedives of both the Ethiopian Airlines and Lion Air crashes is known as MCAS, or the Manoeuvring Characteristics Augmentation System. The MCAS was installed to activate in extreme circumstances to tip the nose of the plane downwards when it begins to lift too high. (In more technical terms: when the angle of the plane’s nose relevant to a sensor on the plane, known as the angle of attack, becomes too big, the plane will enter an aerodynamic stall).

MCAS is present in Boeing 737 MAX 8 craft, but, as discovered in the US House Transportation Committee hearings last month, information and details of the MCAS was not included in crew training manuals and operations.

Boeing’s then-chief technical pilot Mark Forkner requested the Federal Aviation Administration (FAA) remove references to MCAS because the system “only operates way outside the normal operating envelope”. But in the case of both planes, faulty signal inputs caused the MCAS to activate under normal operating conditions, forcing the nose of the plane downwards. The movement proved fatal, as pilots were not able to control the craft.

While at Capitol Hill, senators and house representatives revealed that Boeing knew the MCAS could trigger based off one single sensor. It was vulnerable, and they knew this before the planes were even cleared to fly.

According to Kevin Durkin from Clifford Law Offices, the law offices representing the majority of the 101 cases filed by family members of ET302 crash victims, Boeing knew there was a problem with the angle of attack sensor. According to Durkin, the chief complaint the families have with Boeing is that the company knew the MAX 8 had a propensity to raise the angle of attack so high it put the plane into an aerodynamic stall.

Their quick fix solution was the MCAS. “After the Lion Air Crash it became more apparent that this fix was not adequate. They did nothing about it,” said Durkin.

The cases are currently in front of a Chicago judge for consolidation proceedings as a civil case for monetary damages, Durkin told Daily Maverick.

According to Don Edkins, the fact that it took months for Boeing to sit down and talk to the families speaks volumes about the company’s values.

“Boeing did not come forward immediately and provide whatever apology they could. It took eight months for [Boeing CEO Dennis] Muilenburg to say he was sorry,” said Don.

The Edkins find this unacceptable, and want to emphasise that Boeing needs to be held accountable for the deaths of 346 people. More than that, however, they want to bring the debate around air safety back into the public domain.

“When you get on an airplane, you just assume it is safe, why would you not?” Don told Daily Maverick. “But the law of the sky is greed, not safety.”

Marianne Edkins referred to the $13-million bonus and $1.7-million salary Muilenburg received in 2018, despite the deaths of 189 people in the Lion Air crash, as evidence of the company’s greed. She described the situation as “unbelievable”.

Daily Maverick also spoke to Nadia Milleron, whose daughter Samya Stumo was killed in the crash. Milleron has been outspoken in her calls for Boeing to take responsibility for both crashes, and said she wants the case to go to trial so top Boeing officials are forced to admit their wrongs.

“After the Indonesian crash, it was the first time a plane didn’t become safer after a crash. They didn’t change anything. They should have grounded the planes after that first crash, but instead, all the people who made the decisions not to ground the planes are still in their jobs, still earning millions,” Milleron told Daily Maverick.

So why were they cleared to fly? According to Marianne and Don Edkins, the answer is simply greed. The FAA delegates much of its safety oversight responsibilities to Boeing, in many ways allowing the company to regulate itself. Families of the ET302 crash victims have called for the FAA to remove Boeing’s ability to self-certify.

If it were up to the Edkins family, Muilenburg and the company’s executive board would all be behind bars.

“The responsible people at Boeing need to go to jail because they killed nearly 350 people, and they knew. After the first crash they absolutely knew that there were faults in the planes,” said Marianne. “They knew and they just covered it up.”

As of last week, negligence is not the only thing to be covered up. The crash site itself was filled in on 14 November, with 106 coffins containing remains and artefacts buried inside the crash. According to Don, who flew through Addis on Sunday, the coffins contained remains that could not be fully identified.

But Ethiopian Airlines gave the relatives of crash victims only two days’ notice of the reburial. On 12 November an email was sent out notifying relatives that at noon on the 14th the coffins containing remains and artefacts would be entombed at the crash site.

As a result, only two victims had family members present during the ceremony.

But Don does not think the process was carried out with any malice and, after speaking with officials in Addis, he is confident the Boeing representatives who were present during the ceremony were not specifically invited and were also surprised by the event.

“It was poor judgment in terms of not communicating, but I don’t think it was a malicious way to keep people away from attending,” he said. DM