Marx, Buddha and the pursuit of happiness

Marx, Buddha and the pursuit of happiness 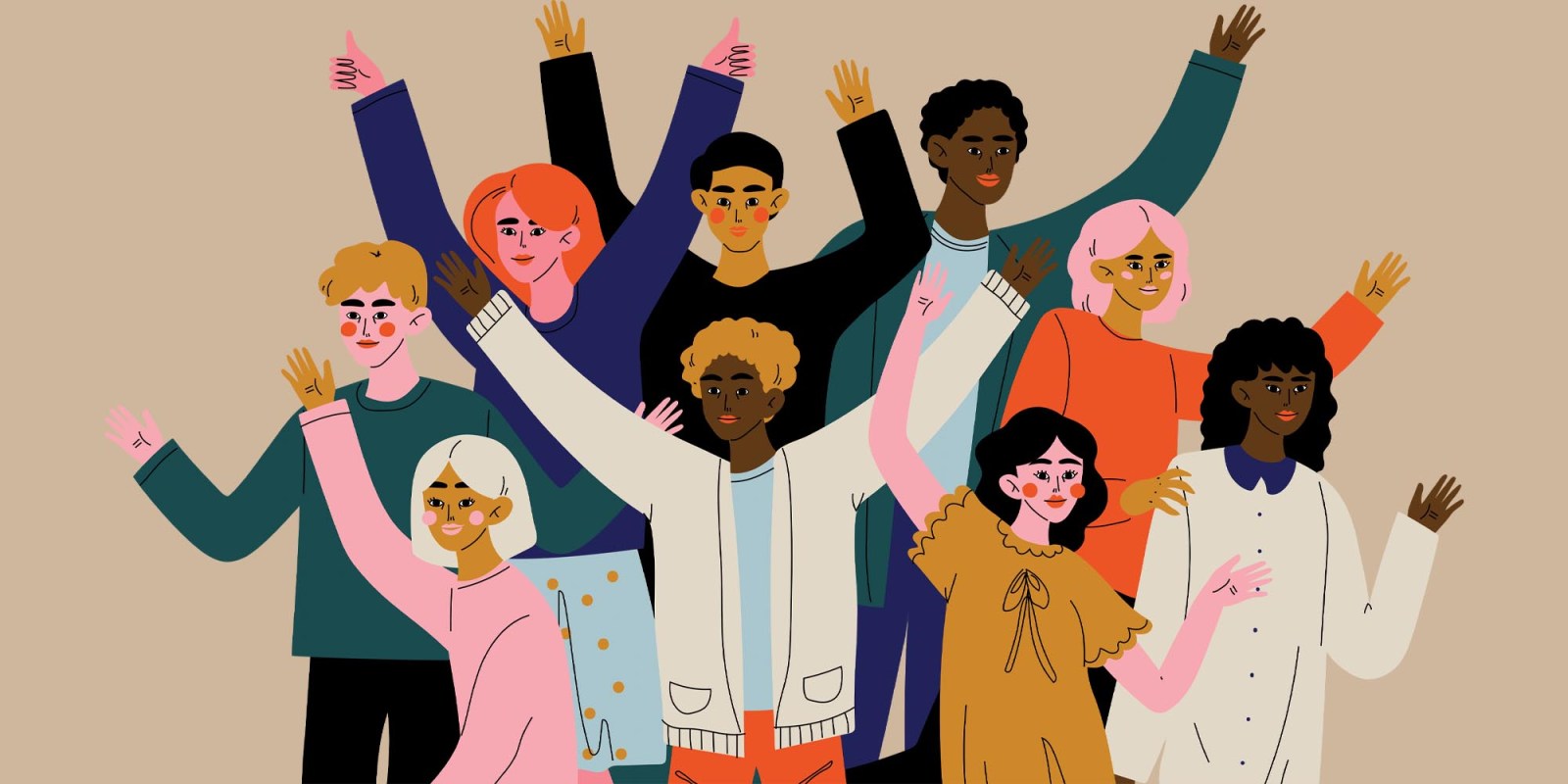 New thinking on eco-socialism, degrowth, happiness and a wellbeing economy is alive in the utopian imagination, says the writer.

In a time of global crisis, there is a need for activists to think outside traditional ideologies of the left and advocate for new ways to measure human development – based on well-being and happiness rather than narrow economic ‘values’ such as gross domestic product. South Africa could follow in the footsteps of several countries that have introduced new concepts of value.

Across the world, development and economics are based on a growth paradigm that is based on the gross domestic product (GDP) index, which measures the total value of goods and services per annum, using market prices. What cannot be measured through the market, therefore, is not valued. This includes the informal economy, care work and gifts, as well as the natural environment.

What boosts GDP, on the other hand, can include economic activities which are environmentally destructive (such air, sea, land and water pollution from mining, manufacturing and motor cars, including massive amounts of plastic waste in the oceans).

Ironically, GDP is also boosted if society is socially dysfunctional – for example when high rates of crime require that people purchase private security services; and high pollution necessitates access to healthcare that increases costs. This problem has been magnified under the market-driven economic systems that have reigned supreme over the last few decades.

The rationale of GDP growth has come under increased scrutiny in recent years, with the rising threats of global social inequality, poverty and environmental degradation. It is argued that there is a need to break through the narrow constraints of “possibilism”, which says we cannot change the status quo. The global youth movement on climate change is one encouraging sign that “enough is enough”.

New thinking on eco-socialism, degrowth, happiness and a wellbeing economy is alive in the utopian imagination. Such thinking seeks to break through constraints of traditional state-or-market development debates by searching for ways to subordinate both the state and market to society (i.e. the people), in harmony with non-human nature. In other words, a balanced, holistic developmental pathway.

While the UN Development Programme’s Human Development Index has tried, since the 1980s, to move beyond narrow concerns with GDP growth it is still constrained by the GDP metric. This is due to the power of global corporations within the UN process – ensuring the narrow market-accounting logic reigns supreme.

Pioneering work on alternative development indicators has been done though, the most notable being the Gross National Happiness Index developed by the government of Bhutan in South Asia. This GNH Index involves nine domains of measurement regarding “happiness”, including health, education, ecology, governance, living standards, time use, cultural diversity, community solidarity and psychological wellbeing. This is vastly different from the pop “happiness” surveys which focus narrowly on how people feel (hence some prefer substituting “happiness” with “wellbeing”).

While the GNH concept was adopted by the UN in 2011, no other government has seriously implemented it yet. The closest to it right now is New Zealand, Scotland and Iceland declaring support for a “wellbeing” economy, the details of which have yet to be fully spelt out. Nevertheless, these countries, led by powerful women, have taken bold steps forward.

The happiness/wellbeing perspectives do not have an explicit critique of capitalism and avoid any mention of “democratic socialism” or “eco-socialism” (which also have a strong critique of GDP growth). Is there a Chinese wall between the Buddha, who inspires the happiness perspective, and Karl Marx, an inspiration for eco-socialists? Or can these perspectives be harmonised as part of building a broader counter-hegemonic movement?

Indeed, the Dalai Lama, spiritual leader of Tibetan Buddhism, was quoted by Times of India on 13 January 2015 asserting that: “As far as social-economic theory is concerned, I am still a Marxist.”

The precepts “Do to others as you would have them do to you” and “Love your neighbour as yourself”, popularised by Christianity, had their origins in eastern thought centuries earlier, such as in the teachings of the Buddha (approximately 500 Before the Common Era [BCE]).

In essence, these are socialist precepts that arose out of the lament of prophets and philosophers who saw violent upheavals in their societies.

The rise of class-divided societies over 2,000 years ago destroyed the solidaristic “primitive communist” societies referred to by Marx.

According to scholars, the Buddha learnt about social equality, non-violence, compassion and democracy from classless tribal societies in India, as he wandered out of his privileged existence as a warrior-prince. These humanist and liberatory philosophies were integral components of other religious movements, which Marx recognised as “sighs of the oppressed”.

While the Buddha was agnostic and a rationalist, humanist compassion also permeated theistic religious movements such as Hinduism, Jainism, Taoism, Confucianism, Judaism, Christianity and Islam. However, these noble sentiments competed with oppressive tribalistic, patriarchal and class/caste-driven doctrines and practices within these movements through the ages. For Marx, religion had a two-sided quality – potentially liberatory but also the “opium of the people”.

There is a need to depart from the false dichotomies of Western/modernist versus non-Western/post-modern bodies of knowledge. Some “de-colonialists” and environmentalists tend to discard the trenchant insights of Marx into the inner logic of capital because it is allegedly a product of Western Enlightenment thinking. This is just as misguided as those 20th-century Marxist-Leninists who dismiss ancient and indigenous bodies of knowledge as being wholly pre-scientific and therefore value-less (if not harmful).

New non-dualistic thinking asserts that all knowledge is produced globally and symbiotically, and belongs to the global community of humankind (even if some regions of the world were more scientifically advanced than others at different periods in history).

The conversation between Marxism and ecology has produced a red-green synthesis in the form of eco-socialism. It more readily embraces the indigenous knowledge of native American people, given the alliance between native American communities and urban-based working-class movements that ushered in the Evo Morales presidency in Bolivia in 2006. The meeting point is made easier because Morales describes himself as a socialist, even if his government has in recent years departed from some path-breaking commitments on granting the earth constitutional rights.

Bhutan, on the other hand, avoids any mention of eco-socialism, yet it has declared its forests will remain undeveloped, for ecological reasons. It is working with ecologists like Vandana Shiva to become fully self-sufficient in organic farming. In this, there is much to learn from Cuba’s widely praised organic gardens in urban communities.

The happiness perspectives offer utopian visions of future possibilities beyond the GDP growth paradigm, without lapsing into utopianism. In this, they can find a common meeting place with “Green New Deal” perspectives offered by democratic socialists in the US and the UK, as well as the eco-socialist vision. The left, if it is to break out of its self-imposed isolation, needs to re-learn the art of counter-hegemonic politics and build broad alliances. Otherwise, it is in danger of leaving the field open to right-wing populists and market entrepreneurs to exploit.

Devan Pillay is head of the sociology department at Wits University. He previously worked in the alternative media, government and the labour movement.