Listings that keep investors in the loop, and (potentially) the JSE out of it 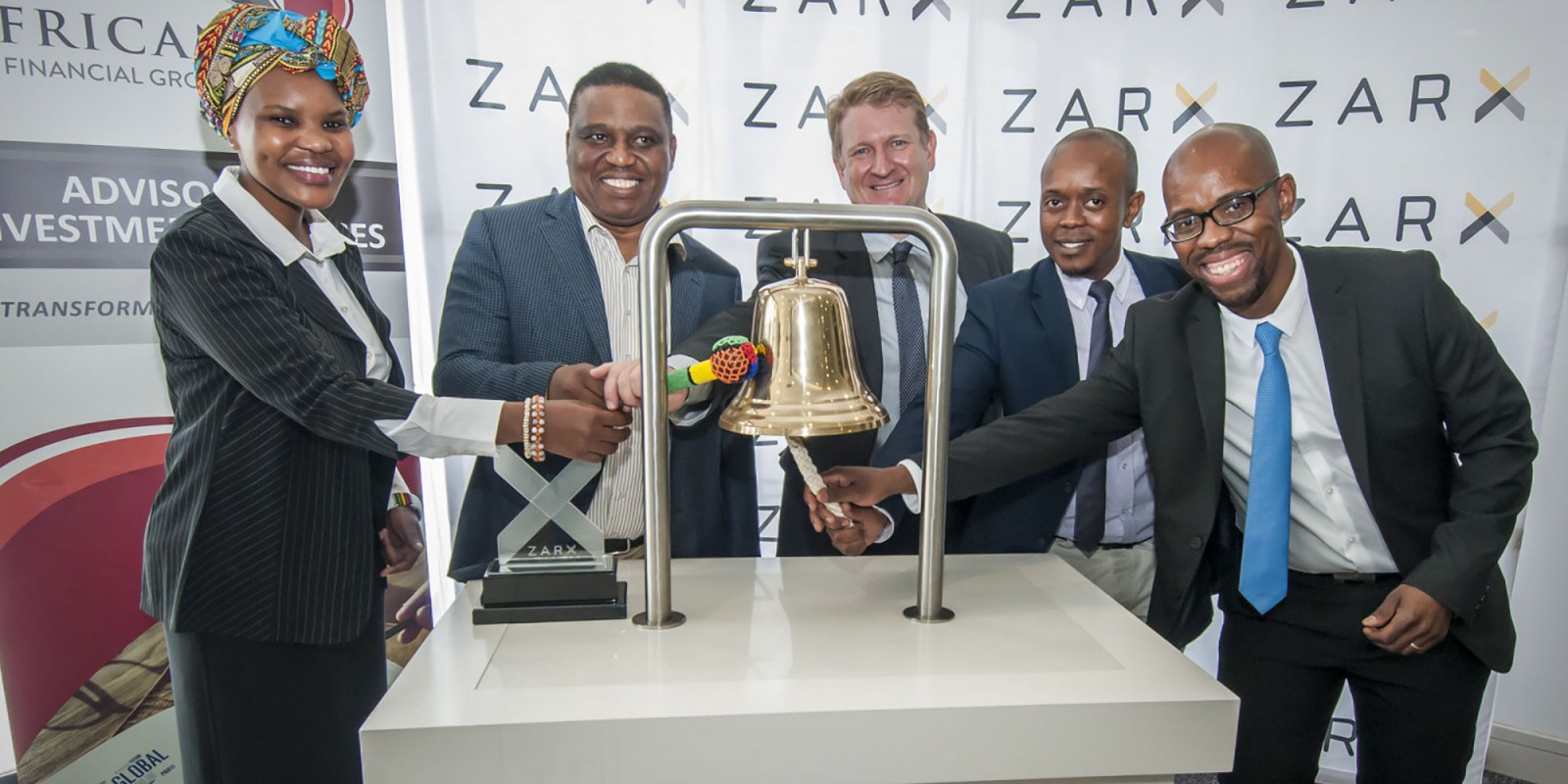 Emerging stock exchange ZAR X celebrated two listings on 14 and 15 November, each with its own unique investment proposition. One is a private equity outfit based in Mauritius and focused on food security, while the other is an investment holding company that plans to unlock more immediate value for its shareholders. It’s game on for the JSE.

Inward listings are unique to countries like South Africa with exchange controls in place. Until recently they were unique to the JSE as well, but that is no longer the case.

The recent inward secondary listing of Prosus, which was unbundled from Naspers, on the JSE, is the main incumbent’s latest example. Prosus has its primary listing in Amsterdam.

In September, SA investment holding company Trencor announced that it will soon unbundle its holding in New York-listed Textainer, which will include a secondary inward listing on the JSE.

The JSE boasts a few more examples, and until last week was South Africa’s sole proprietor in this space. Alternative exchange ZAR X welcomed its first inward listing in Dale Capital, a private equity investment holding company. The company had its primary float on the stock exchange in Mauritius in 2007.

For a company to be permitted to inward-list locally, it must meet the listing requirements of the exchange it chooses to do it on, says Etienne Nel, CEO of ZAR X.

A JSE insider tells Business Maverick that Dale Capital decided against a JSE listing when one of its requirements dictated a local audit firm to sign off on its “foreign” financials to enable it to do so. That would have cost it R1.5-million, a price it was not prepared to pay. ZAR X does not have such a requirement.

Nel says an inward listing enables companies to trade their shares in numerous time zones and multiple currencies and increases the issuing company’s liquidity and ability to raise capital.

In a local context, it also allows investors to participate in the returns of operations based offshore, which exchange controls and regulation 28 of the Pension Funds Act prohibits in many ways.

From a South African Reserve Bank (SARB) policy perspective, inward listings are encouraged as they enhance the retention of local investor capital, while at the same time encouraging foreign investment and capital inflows into the country.

Furthermore, both exchange control policy and income tax provisions indicate that South Africa actively seeks to promote inward listings by making them more accessible and attractive to South African shareholders. There are additional incentives if it is an African entity.

This dispensation was later expanded to include derivative instruments, and today by definition is extended to all five of the country’s licensed stock exchanges. Any listing of such an instrument or entity needs approval from the Financial Surveillance Department of the SARB.

Nel says the process is efficient, and that Dale Capital obtained approval within a fortnight.

“This listing will enable South Africans to invest in a growing group with an attractive return in a tax-effective jurisdiction and allow exposure to the Mauritian rupee, one of the most stable currencies globally,” he adds.

“With the local economy under pressure, investors are looking to get a currency hedge elsewhere,” he says.

“This listing gives South Africans a good opportunity for diversification and lets them tap into new markets very easily.

The exchange is in talks with both a Canadian and a European-based organisation for potential inward listings in the upcoming 12 months.

Dale Capital is a niche market leader in the food and beverage sector in Mauritius. The group identified the island’s food sector as a niche market after research revealed that as much as 70% of all food is imported into the island.

It already has significant stakes in the seafood economy and is targeting the whole value chain in the breeding and slaughtering of sheep and goats.

“Three years ago, the group commenced with 137 animals and has now exceeded the December 2019 target of 2,000,” says Dale Capital chairman Mark Foulds, “making it the largest breeder on the island.”

He says the company wants to reach 5,000 animals within three years and 10,000 within the next seven years.

Additionally, it has entered into a strategic partnership with the St Felix Sugar Estate which owns approximately 3,200 hectares of land in the south of the island, providing it with ample scope for expansion. Sugar farmers have been abandoning the crop in droves as sugar prices have made the practice unsustainable.

“By enabling participation for South African investors through this inward listing, we are diversifying the group’s capital base, improving liquidity for existing shareholders, and providing a diversified investment spread for investors as a result of the returns from these opportunities.”

The executive was originally based in Cape Town, says Foulds, but most of its members have either moved to the island or spend more than 50% of their working lives there.

The investment holding company wants to enable local investors to not only enter, but exit as easily their shares in transformation structures like Vodacom’s YeboYethu and Sasol’s Inzalo, by exchanging their own paper (or cash) for stakes in these schemes. Shareholders can then freely trade these empowered assets on the ZAR X platform as and when they please.

Dr Gil Mahlati, chairman and founder of Tip One, says challenges currently facing B-BBEE scheme members include a lack of liquidity owing to long lock-in periods, as well as a lack of diversification (heightening investment risk), and the inability to borrow against B-BBEE shares.

“TIP One will allow more South Africans to enjoy the advantages of B-BBEE schemes and create wealth, while simultaneously solving a few of the key issues plaguing these schemes,” he says.

He explains that scheme participants will own TIP One shares, where they gain the advantage of owning a liquid, tradable share, which represents ownership of a professionally managed, diversified basket of high-quality BEE assets across all market segments.

TIP One financial director Lemao Ditodi notes that the company provides a mechanism to facilitate unlocking value within BEE investments, in order to benefit the economy and mobilise existing black-owned capital.

“Many BEE investments are essentially sterilised on their owner’s balance sheet. By securitising these assets, we are able to unlock their value to their owners,” Ditodi explains.

Apart from unlocking value to beneficial shareholders by creating a liquid, easy to access and cheaper trading platform, says Nel, the company’s black credentials are guaranteed through unique trading rules, which together with ZAR X’s pre-trade compliance systems and shareholder registry, ensure that it is always at least 51% black owned.

He says a ZAR X listing further ensures that trading costs are kept to a minimum, while ZAR X’s Mobi App opens greater investment access to a broad scope of retail investors from all walks of life.

Tip One is ZAR X’s second restricted share listing, the other being Senwesbel that can only be purchased by farmers. BM