Hawks Colonel Mhlongo was accused at Zondo commission of serious crime. Seven months later, he is still in his KZN top job 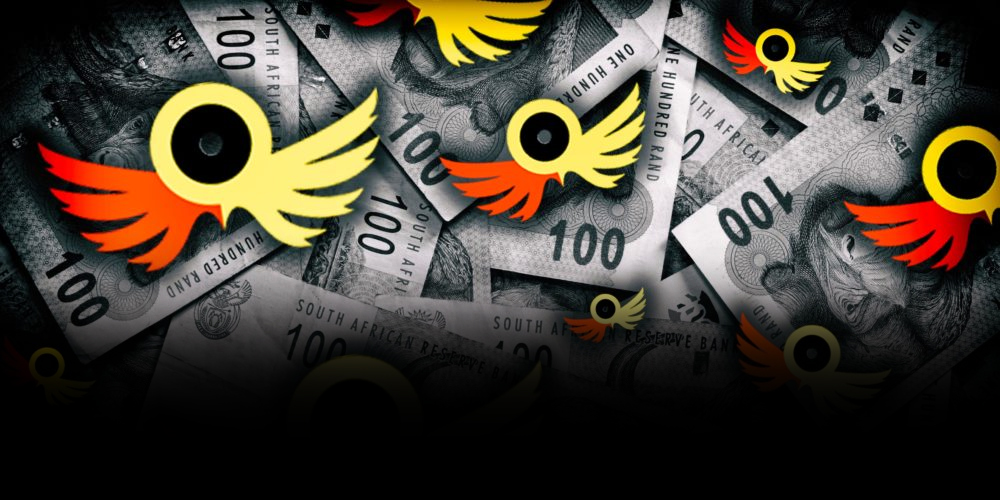 Seven months have passed since a top cop in KwaZulu-Natal, Colonel Welcome Mhlongo, was implicated in serious corruption by two witnesses at the Zondo commission. Despite a promised investigation into his appointment, Mhlongo still occupies a crucial position.

When Daily Maverick first revealed that Colonel WS “Welcome” Mhlongo – implicated by former NPA head Mzolisi Nxasana and KwaZulu-Natal Hawks head Johann Booysen in serious corruption – had been appointed to the position of acting commander of the police’s organised crime branch in KwaZulu-Natal, he lodged a charge “in his personal capacity” relating to our reporting.

After a few phone calls from SAPS to this journalist – seeking the source of our information with regard to Mhlongo’s unannounced appointment – nothing has come of Mhlongo’s attempt to intimidate the media.

Nothing has been done about his appointment, in spite of testimony that he not only allegedly tipped off criminals about Hawks investigations but also let himself be roped in by former NPA head Nomgcobo Jiba for an illegal investigation in an attempt to discredit Nxasana.

Repeated questions by Daily Maverick to Hawks spokesperson Brigadier Hangwani Mulaudzi about the status of the promised investigation into Mhlongo’s appointment remain unanswered.

The appointment of Mhlongo flies in the face of President Cyril Ramaphosa’s commitment to cleaning up criminal elements working within the law enforcement cluster and who enabled state capture.

Mhlongo remains in the job in spite of Hawks head Lieutenant-General Godfrey Lebeya having full knowledge of Mhlongo’s appointment and of allegations of criminality and flouting the country’s laws levelled against him.

Mhlongo was implicated by former KwaZulu-Natal Hawks boss Johan Booysen in his testimony to the Zondo Commission – for tipping off Thoshan Panday, a businessman and Zuma family associate, whom Mhlongo was tasked with investigating.

Panday faces several criminal probes relating to the misappropriation of about R60-million worth of contracts between the SAPS and his company Gold Coast Trading during the 2010 Fifa World Cup.

Panday, who had later attempted to bribe Booysen in a police sting, had “drastically inflated” the cost of mattresses, blankets and accommodation procured by SAPS, Booysen told the Zondo Commission.

Booysen told Deputy Chief Justice Raymond Zondo in April 2019 that Crime Intelligence had intercepted a call between Mhlongo and Panday while a fraud investigation was underway. Mhlongo, said Booysen, was the only individual who could have informed Panday of the whereabouts of physical evidence relating to the investigation into him.

In his testimony to the Zondo Commission, former NPA head Mzolisi Nxasana testified that efforts to oust him had begun as soon as he had been appointed to the position in 2013.

Nxasana told the commission how a “Colonel Mhlongo” from KwaZulu-Natal had allegedly been tasked by his predecessor, former acting NDPP, Nomgcobo Jiba, to dig up dirt on him.

He had been alerted to Jiba’s operation when Terence Joubert, then an NPA risk specialist, had provided Nxasana with an unsolicited affidavit and a recording of Joubert’s conversation with Mhlongo in which the plot to oust the new NPA head was discussed.

Booysen, in his testimony, noted that Mhlongo had been linked to Jiba and added it was “common cause” that Mhlongo had a close relationship with the later director of public prosecutions (DPP) of the National Prosecuting Authority (NPA) in KwaZulu-Natal, Moipone Noko.

Noko has subsequently been transferred to head up the DPCI in North West.

Nxasana had been unaware, he told the Zondo Commission, that a campaign, allegedly driven by Jiba and former NPA special director, Lawrence Mrwebi, had been activated weeks before he set foot in the office in October 2013.

While still wrapping up his practice in September 2013, Nxasana told the commission, he had heard “there were people driving around” his former home town of Umlazi asking questions.

“It didn’t cause me stress because I thought it was part of the vetting process, but it gained momentum. When I arrived in office in October, I realised that it had been driven by people at the NPA.”

Nxasana then told the commission that Joubert and another former NPA colleague had independently told him of efforts underway to embarrass him so he could be removed.

“I received an unsolicited email from Terence Joubert, a risk specialist at the NPA based in Durban. The mail contained an affidavit in which he told me there was a campaign by Jiba to dig up dirt about me.”

The purpose of the mission was to embarrass him so Zuma could remove him and she would slip back into the top job.

The affidavit also stated two policemen had been assigned to the provincial director of public prosecutions, then Moipoine Noko, and had been given cars by the office of the provincial police chief, Mammonye Ngobeni.

Ngobeni has also been implicated by Booysen for ordering the former KwaZulu-Natal Hawks head to drop the investigation into Panday.

Joubert, Nxasana told the Zondo Commission, had played along and had recorded a conversation he had had with Mhlongo in which Mhlongo allegedly said Jiba had mandated him to go about investigating Nxasana.

Part of the plan was to try to pin Nxasana on Road Accident Fund fraud. Jiba had allegedly travelled to Durban at the time of Nxasana’s appointment.

“In terms of protocol, Joubert was responsible for security arrangements. He had to fetch her from King Shaka [airport] but, after making arrangements, he received a call from Jiba’s secretary advising that he was not needed. Instead, Col Mhlongo would fetch her.”

Nxasana told the commission that Mhlongo had allegedly told Joubert that he didn’t trust “this new guy” and instructed him to find incriminating information on him. DM