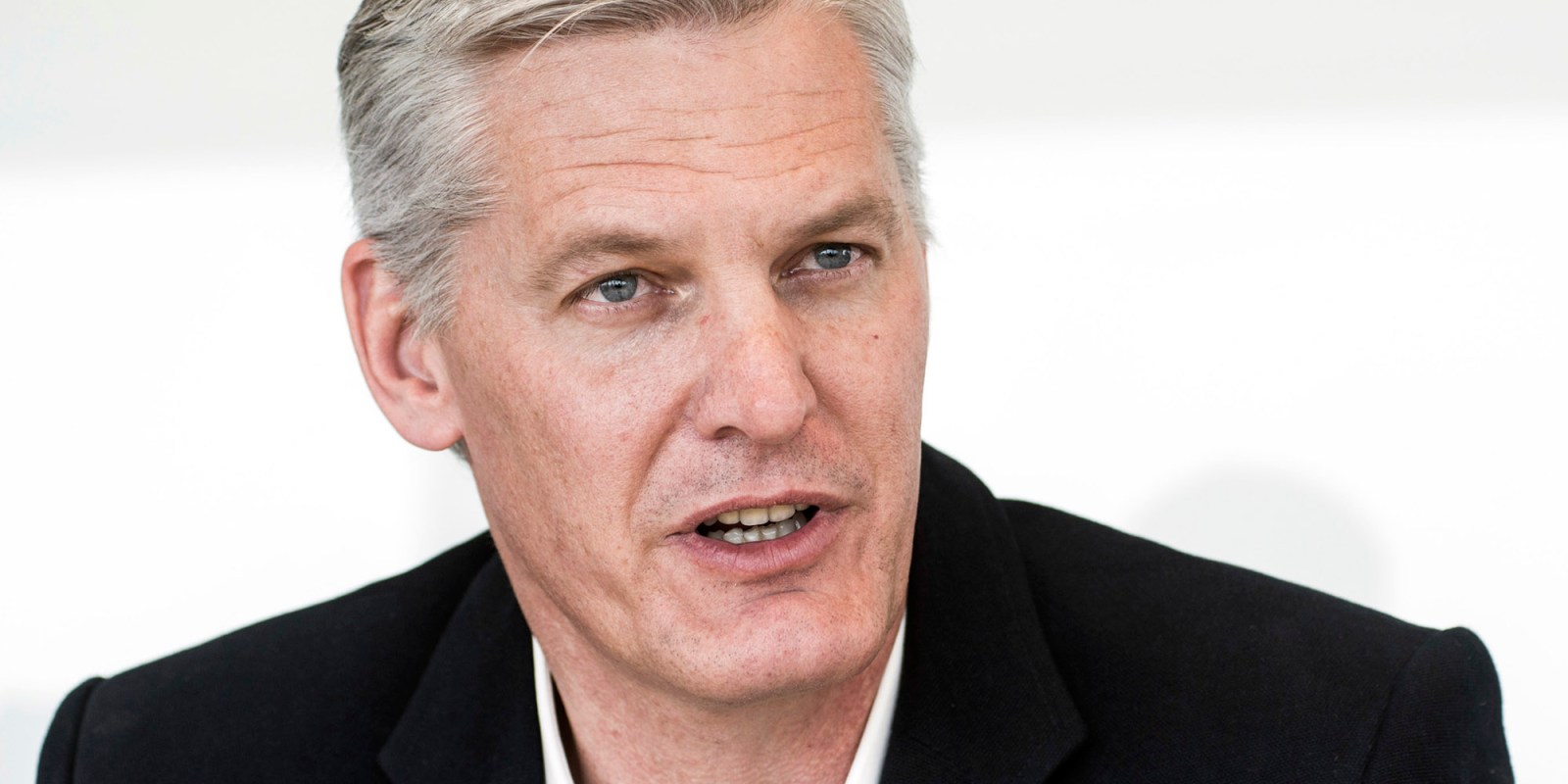 Eskom has a new CEO – Andre de Ruyter, who’ll move from packaging company Nampak to the power utility from 15 January 2020. But when the long anticipated announcement came at around 5pm on Monday, it raised more questions than it answered.

After weeks of government spin that President Cyril Ramaphosa himself would announce the new Eskom group chief executive officer, in the end the news broke in a statement from Public Enterprises Minister Pravin Gordhan.

And it wasn’t the widely speculated name of Andy Calitz, who had started his career at Eskom before joining Shell in 1996 and most recently was CEO of LNG Canada, a liquefied natural gas joint venture between Shell, PetroChina, Mitsubishi of Japan and the Korean Gas Corporation.

Nor was it one of the other names in the top three that had circulated publicly without correction by government.

The other much-touted names were former Eskom boss Jacob Moroga and ex-Eskom group capital executive Dan Marokane, who was one of the four senior officials alongside then Eskom CEO Tshediso Matona suspended in March 2015 by then public enterprises minister Lynne Brown in what later emerged was a State Capture-related play. All four were subsequently cleared in an Eskom inquiry by July 2015, but by then had left the power utility.

Politically, there had been pushback against Calitz from certain circles within the ANC and factionally aligned business interests who wanted a black CEO.

It’s murky, and the official ministerial announcement seems to reflect this.

Of 142 candidates from a head-hunting and application process, according to the ministerial announcement, 17 were short-listed and after eight withdrew, the Eskom board interviewed six and four were asked to undergo competency tests.

“The final interview process was undertaken, after which the panel ranked three candidates… After further interviews a list of three candidates, with the indication of a preferred candidate was submitted to the shareholder [government]… The president appointed a team of Cabinet ministers to consider the board’s recommendations. The ministers concurred with the board’s recommendation.”

The time-frame of government decision-making is unclear. As there was no official statement after the last Cabinet meeting of 13 November, it remains unclear whether the decision was taken then or at the previous Cabinet meeting two weeks earlier.

Initially, Gordhan had indicated the new Eskom CEO would be announced in early November, when on the eve of October’s medium-term budget policy statement (MTBPS) he published the long-awaited Eskom special paper – itself supposed to have been released by the president, passed between National Treasury and Public Enterprises, with two self-set deadlines missed.

That pledged announcement didn’t happen, and speculation was rife the announcement would come from Ramaphosa during the SA Investment Conference from 5-7 November.

The announcement also didn’t happen then. Meanwhile, Eskom board chairperson Jabu Mabuza had doubled up as CEO since August 2019 following the departure of the previous CEO, Phakamani Hadebe. Officially, ill health was cited, although the grapevine indicated both bosses and juniors had turned against him.

That the announcement of the Eskom CEO was made by the minister, rather than the president as had been anticipated, may be an indication of the behind the scenes tussles over who should get the job.

“De Ruyter did not do background consultations and due diligence, whereas Calitz was known to have thought deeply about how Eskom needed to be reformed,” Intellidex analyst Peter Attard Montalto told Daily Maverick, adding the appointment came “as something of a surprise to everyone”.

“The DA implores upon Mr de Ruyter to remain independent and beyond reproach… We will keep a close eye on the developments at Eskom under his leadership and hope that he will always act in the best interest of Eskom and the public.”

Right now the troubled power utility is back at the edge of load-shedding, issuing almost daily alerts about how constrained the system is.

On the financial side, Eskom is about to get the parliamentary go-ahead for a R59-billion bailout for the next two years as the National Assembly adopted the Eskom Special Appropriation Bill at the end of October before sending it for concurrence to the National Council of Provinces.

Although Eskom will receive R23-billion support from the national coffers for the next decade – that’s the announcement Finance Minister Tito Mboweni made in February’s Budget – the power utility has debt of almost R450-billion.

And while De Ruyter’s appointment as CEO may have come out of left field, the official statement put on all the bells and whistles to hit key themes of the Ramaphosa presidency – cost cutting and Thuma Mina social compacting.

“I would like to thank Mr de Ruyter for not only accepting this position at a difficult time for Eskom, but, given Eskom’s current financial situation, also agreeing to a lower compensation package than the position currently pays,” said Gordhan.

There was a nod to Nampak for agreeing to release De Ruyter in what is an extremely tight time-frame, eight weeks over the year-end festive season.

“To us, this again is a show of partnership approach between all stakeholders to make any and every contribution towards a successful and sustainable turnaround of Eskom,” said Gordhan.

“Solving our current problems as a nation indeed does require a partnership approach and I am more than encouraged that we are all working as partners with everyone doing their part to help.” DM