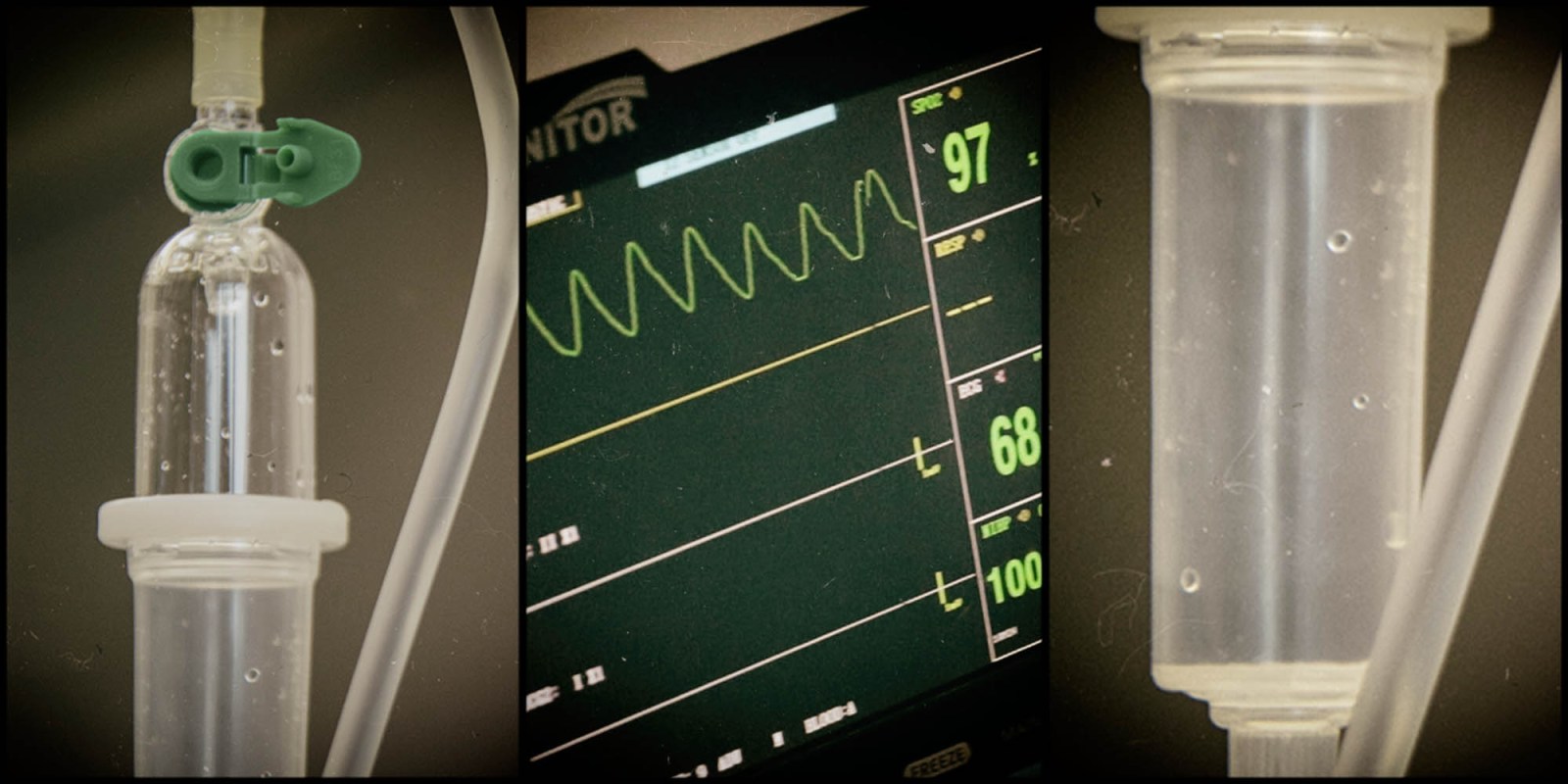 North West province has many problems, but one that has worsened is the poor state of its health system. The ambulance service is in a dire state due to corruption and mismanagement, good people are suspended to allow corruption to continue, the hospitals are buckling under the strain and people are dying.

It is not only the tide of public opinion that says it. The public health system in North West province is falling apart. The numbers are in, and they suggest the situation is dire.

According to the Democratic Alliance (DA) in North West, the number of medical malpractice cases in the province “increased from a mere 53 in 2016 to a staggering 500 cases in 2019”.

Mafikeng Provincial Hospital is the top story in medical malpractices. The facility is locally known as the “death zone”. People say it is like climbing Everest. There is a possibility that you may not return or come back “half-eaten”.

Keamogetse Madie, 24, knows this too well. Her story starts and ends with a missing medical file. She was rushed to the hospital on 5 January 2019, after she had complications with her pregnancy, having been transferred from Lekoko Clinic, 35 minutes by road from the provincial hospital. She was 28 weeks pregnant when the baby moved into a vertical position, which meant she had to go to hospital.

“We waited for an ambulance for more than two hours before I was taken to provincial hospital. On my arrival at the hospital, I gave birth by myself at the reception. I was not attended by anyone. The foetus hit the stretcher when I pushed and broke the skull. My baby boy died right there,” she sobbed.

“Because I was taking my antenatal care at a private clinic, the midwife told me that there wasn’t much she could do for me because she didn’t accurately know how far along I was. She only attempted to do something after we called the midwife from the private hospital I went to. At that time I was in pain and losing blood.”

The experience has scarred Madie. Telling this story brought tears to her eyes.

“We were requested to bury the child as the hospital did not bury children over 28 weeks,” she says.

“It was my first-time experience where I had to make claims for the burial on the child. But I was requested information from the medical file to make a claim. We made a file request with the provincial hospital, but to date, we have not been given that file. We spent more than two weeks looking for the file at the hospital and told one story that doctors were studying the file.”

North West Health Department spokesperson Tebogo Lekgethwane admits that the facility is failing people due to the manual record-filing system.

“That system is old. Sometimes the files are stolen,” he says but failed to state who steals the files.

“Sometimes it’s not that it is lost. It takes time to retrieve the file when a patient has to be attended to immediately. The only solution is an electronic filing system but it’s costly and it must be budgeted for.”

This is despite the annual performance plans of the department every year allocating funds for the migration from a manual system to an electronic one.

“We want to use the electronic system,” Lekgethwane says. “At the moment there is a pilot project we have started with the Kenneth Kaunda District Municipality. As to when this will be in effect in the provincial hospital I cannot tell.”

The Mafikeng Provincial Hospital building is unremarkable. The peach coloured walls, aqua gutters and roofing, and brown floors are part of a portal of old memories. Leaking pipes, peeling paint on pipes and walls convey that the hospital’s hardware is pushed to the limit.

A 13 September 2018 memo by acting CEO Jillian Moromane is still up on the walls and says the “operating theatre is out of order due to repairs of air conditioners”. In the hallway are also reminder posters about ‘outstanding performance agreements, work plans and job descriptions directed to hospital staff.

After the events of 8 April 2017, the then-premier Supra Mahumapelo was asked to step down, which was supposed to bring a new dawn. But the one-week respite of “self-correction” turned violent, with looting sprees. Today the optimism has dissolved.

The new MEC of Health, Madoda Sambatha, has been playing the role of a doting leader. He has been selling the trust factor, visiting clinics, the hospitals and the medical depot, spinning grand tales of a fresh start. But developments at the provincial hospital have stalled.

While some women fear body-shaming, others fear a night in a hospital bed with a healthcare professional whose work plan is not clear and specific. Young women go to a street doctor for an abortion rather than come to a professional health facility. Since the street doctors have turned to bed and breakfast facilities as their operation centre, tourism also suffers because rooms have to be shut down until the makeshift operating room is cleaned.

It is not only Madie who has been traumatised. Philipine Seshabela, 46, says she has permanent side-effects after her caesarean section, with persistent pain in her back and numbness in her right leg. She believes the wrong drugs were accidentally injected down the epidural catheter, resulting in permanent nerve damage.

“As you can see, I’m paralysed on the one side. Sometimes I can’t even walk. I lost my job because of this.”

Seshabela says she was given a battery of medicine to contain the pain but the pain is persistent.

“When I complain I’m told I’m being unreasonable. A decision was made to remove my uterus because the doctor said the source of the pain was in the womb. After the removal, my physical problems started. I can no longer have children and I can’t have a partner. Who will sleep with a paralysed woman?”

She too claims that her file has gone missing. She was supposed to apply for a Sassa grant but could not because her file is supposed to form the basis of a disability grant application. The hospital and the department of health have said they are still studying these two matters.

Sources tell us that sometimes the reason for the failures is the oxygen tanks being empty, causing some patients to die. Others die for lack of supervision. A young woman who wants to remain anonymous says her relatives were worried when their parent did not answer their calls a day after being admitted. When they called again they were surprised when another patient answered the phone and told them their parent had died.

A nurse from another hospital who brought a patient to the provincial hospital agreed that there are many problems, including a shortage of hospital beds and staff.

“Sometimes files are left. When the patients come to consult again no one remembers where the file was last used.” She admits that service can improve but that it will take good leadership to turn things around.

When we visited on 8 November most of the hospital staff were at the hospital’s sports ground attending the Employees Wellness Games. The public relations officer of the hospital and Nehawu secretary, Mosotho Makhoba, was injured in these games. Over the phone, he promised to take me on a tour to study the record-filing system of the hospital. He has since postponed the tour.

“We talked about it and agreed in principle that there should be no problem in you visiting our record centre,” he said. “We still need to meet with the record centre manager and come up with a plan I told you about.”

Asked again the next day he said he does not have “an exact date. I will update you”.

For those relying on the Mafikeng hospital, the picture appears bleak. MC

Madala Thepa is a freelance journalist who lives in North West province.