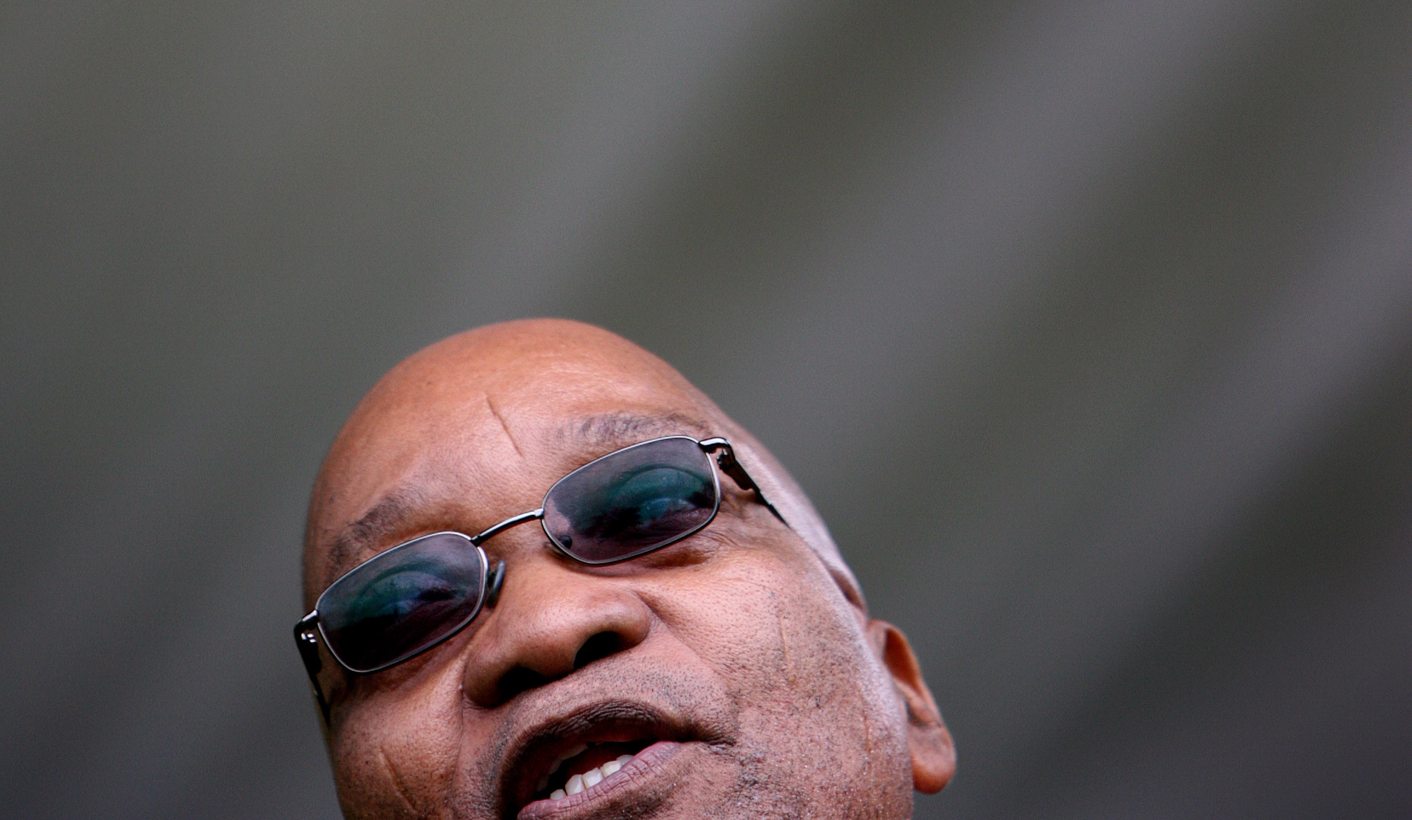 The former head of state Jacob Zuma has played manga manga with the Zondo Commission of Inquiry, causing tension within its structures and concerns that his game-playing can damage the credibility of the commission.

Former president Jacob Zuma was briefly hospitalised last week, allegedly too ill to obey a directive from Deputy Chief Justice Raymond Zondo, the chair of the commission of inquiry into State Capture, that he appeared before it this week — 11 November to 15 November 2019.

But Zuma was not too ill to tweet his support this week of Public Protector Busisiwe Mkhwebane’s attempt to subpoena his tax records from SARS, the revenue agency. Will Zondo now use his subpoena powers to get Zuma back into the chair? Or will the former head of state continue to enjoy his digital and physical impunity?

In a feisty three-tweet thread, a seemingly punchy president weighed in on the side of Mkhwebane, who was nominated to her position out of his office when he was head of state.

In one tweet, he said, “I never refused or hid anything she wanted to investigate… I am not part of the contestation of my tax records,” and in another, he said, “It must be known that I have nothing to hide. If the @PublicProtector wants to see my SARS records, she is free to do so. We should not make the job of the PP difficult”.

Yet, Zuma is making Zondo’s life very difficult. What’s going on here? Natasha Marrian, writing in the Financial Mail, reckons it’s a ruse — Mkhwebane is both opening up an avenue to get hold of President Cyril Ramaphosa’s tax records and using an easy out on a complaint from former DA leader Mmusi Maimane related to allegations that Zuma was effectively earning a second salary from businessman Roy Moodley in the early years of his presidency. The payments are detailed in Jacques Pauw’s book The President’s Keepers.

Zuma is at the centre of the terms of reference of the Zondo commission gazetted in January 2018 by Ramaphosa as the “Judicial commission of inquiry to inquire into allegations of State Capture, corruption and fraud in the public sector including organs of state”.

His participation and evidence are crucial, or otherwise the credibility of the inquiry may be harmed and too easily dismissed as a one-sided show. Zuma knows this and is playing the game he always has with legal inquiries — to say he wants his day in court (or before the commission, in this case), but then to do everything possible to avoid scrutiny.

He appeared before the commission in July, but refused to answer any substantive questions put to him by evidence leader Paul Pretorius. Instead, his attorney Dan Mantsha and his advocate Muzi Sikhakhane obfuscated and eventually torpedoed hearings. Zondo then directed that Zuma return to give evidence from 14 October to 25 October and then from 11 November to 15 November 2019.

The former head of state has played manga manga with both dates, leaving Zondo with little room but to subpoena him. The judge appears hesitant to do so and this is causing tension within his structures who worry that Zuma’s game-playing will harm the credibility of the commission. There was already tension when Zuma’s legal team extracted a concession in July that he would receive a document outlining “areas of interest” ahead of appearing again. No other witness gets the courtesy.

“We note that it has been agreed that Mr Zuma will provide the Commission with a statement or statements with the ‘areas of interest’ identified by the Commission’s legal team before he returns to the Commission.

“As agreed, we will meet as soon as we are both available to agree a mutually convenient timetable for the above. Should we unable to reach agreement on any procedural issue in this regard, the matter will be referred to the Chair (Zondo) for a ruling.”

That agreement has now been breached, so the ball is in Zondo’s court.

In the 15 months the State Capture Inquiry has sat, it’s clear that there is no State Capture story without Zuma. He was central and named by almost every witness. So, in its 11-page document sent to him, Zuma was told he would have to give evidence related to the testimony of many witnesses.

In addition, Zuma was to face numerous questions related to his relationship with the Gupta family as well as with the now-deceased CEO of Bosasa Gavin Watson and its former COO Angelo Agrizzi.

Faced with such a list, the former head of state has gone artful dodger on the commission, putting the gavel very squarely in the court of Zondo. DM