Wage deal struck on platinum belt – but tensions simmer on 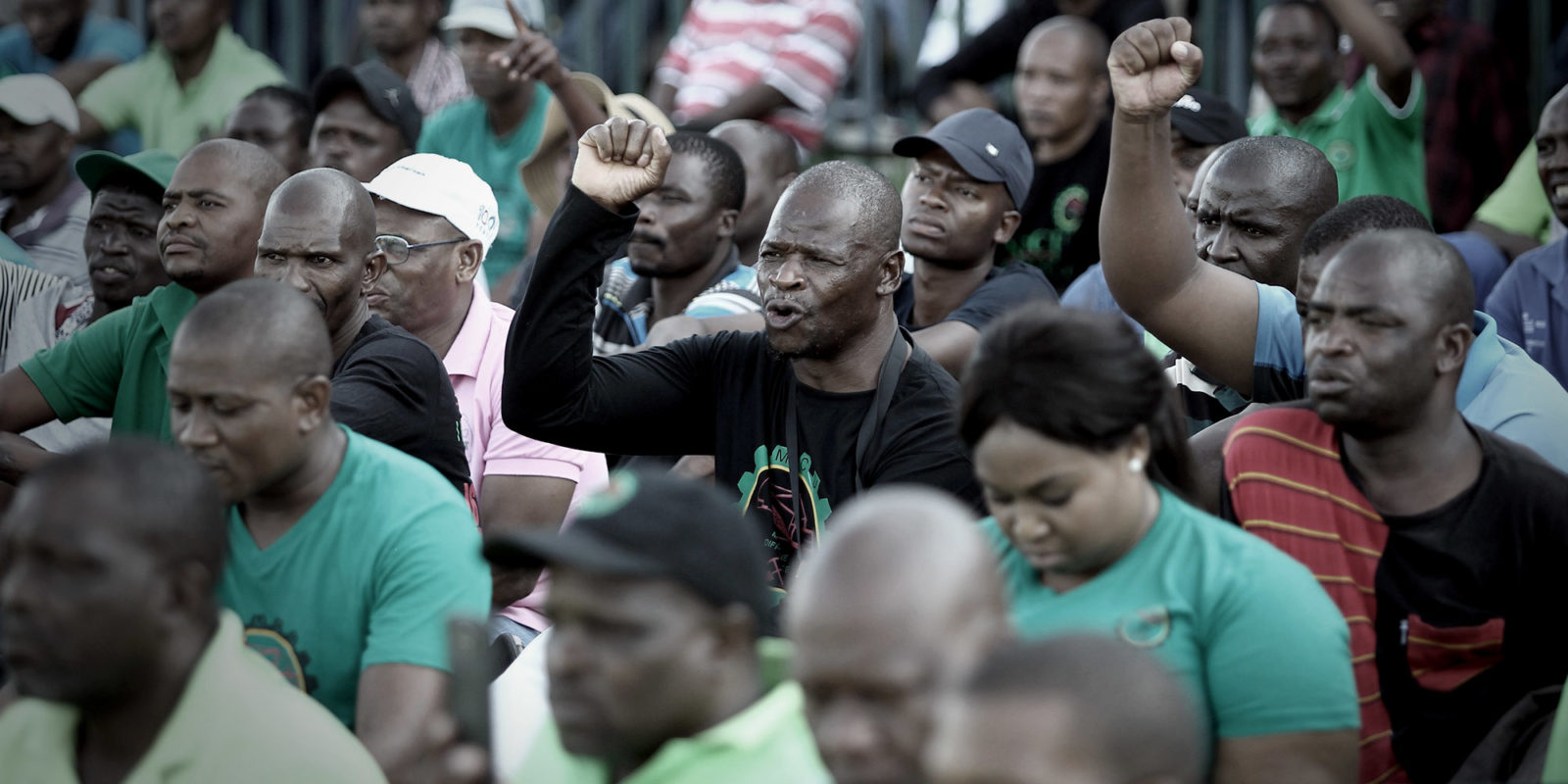 Trade union Amcu has signed a three-year wage deal with the country’s platinum producers that will see workers get an extra R1,000 per month. The industry will avoid a strike, but the platinum belt remains tense with rival union NUM planning a rally in Amcu’s stronghold Marikana on Sunday.

After four months of negotiations, the Association of Mineworkers and Construction Union has finally signed a wage deal with South Africa’s three largest platinum producers that will avert a costly strike on the platinum belt.

Speaking at the signing ceremony at the Hyatt Regency in Rosebank, Johannesburg, Amcu president Joseph Mathunjwa said the agreements with Sibanye-Stillwater, Anglo American Platinum (Amplats) and Impala Platinum (Implats) guarantee workers an increase of at least R1,000 per month, amounting to an extra R5.7-billion over three years.

Mathunjwa said he had not expected the negotiations to drag on as long as they did while the price of platinum group metals (PGM) is currently high. The event was attended by Amcu members and representatives of all three platinum producers.

In a statement, Amplats CEO Chris Griffith welcomed the “collaborative and constructive” negotiations. “We believe this agreement will ensure the business can remain sustainable through the typical PGM price cycles, while our employees will benefit from meaningful pay and other increases,” said Griffiths.

Acknowledging mutual respect shown in discussions, Implats CEO Nico Muller said of the deal: “This positions us to capitalise on buoyant PGM markets and further advances our strategy of pursuing value over volume for the long-term benefit of all stakeholders.”

Sibanye-Stillwater CEO Neal Froneman commented: “We are pleased to have reached a wage agreement with the representative unions which results in competitive remuneration for our employees while taking into account the longer-term sustainability of our SA PGM operations.”

In a statement, Sibanye-Stillwater said the wage, including basic pay, allowances, medical and provident fund contributions and UIF, of a first-year underground miner is now between R18,400 and R18,500. Basic pay for the same worker is between R12,500 and R12,700, said the company.

Mathunjwa criticised Sibanye-Stillwater for its offering and for its plan to retrench about 5,200 workers at its platinum operations, which it recently acquired from Lonmin. He said the company would destroy families and advised company executives to read the Bible.

“Amcu found itself like a man who was put in a den of lions,” Mathunjwa said of the negotiations.

The Amcu leader said platinum is now synonymous with the 2012 Marikana massacre.

“It was not a coincidence. It was the frustration of the black mineworkers reaching boiling point,” he said of the 2012 strike, urging companies to reduce inequality.

Amcu rose to prominence in the platinum belt after the 2012 strike to become the dominant union in the industry, but violence has continued to haunt the region. National Union of Mineworkers (NUM) member Kaizer Madiba was murdered in Marikana on 1 November.

Despite the hostility towards the NUM in Marikana since the massacre, the union plans to hold a rally in the area on Sunday as it attempts to win back support and challenge the idea that Marikana is a no-go area for NUM and the ANC.

“Amcu would never harbour any person who seeks to undermine the lives of other people,” said Mathunjwa. DM