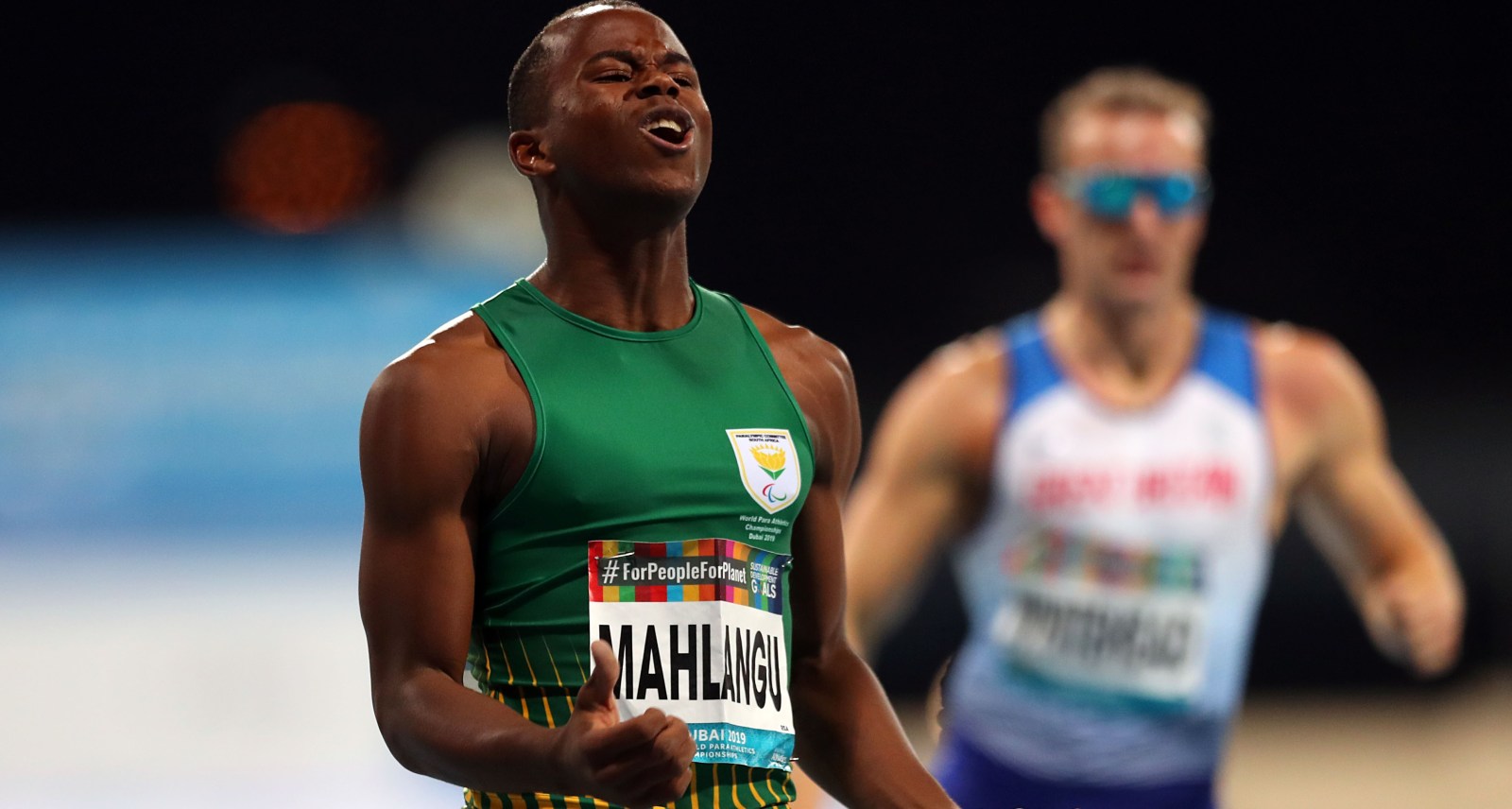 The crème de la crème of the South African para-athletics world has been representing the country at the world championships in Dubai – and two competitors have claimed world titles.

Athletes Ntando Mahlangu and Anrune Weyers have shown why they were named the Sportsman and Sportswoman of the Year with a disability at the recent South African Sports Awards.

They picked up a gold medal each at this week’s World Para Athletics Championships in Dubai.

The showpiece event saw 1,500 athletes from 122 countries gather in the Arabian desert to do battle. Of those, 26 were South African.

Weyers landed gold in the T47 400m race, posting a championship record time of 55.79 seconds. It was the cherry on top of an outstanding year for her, which followed an injury-troubled 2018.

“Last year was really tough because of injuries. It has been a miracle to run here, because I just had six weeks of training after surgery. This has been amazing. I’m really thankful to be injury-free and run,” she said in the aftermath of victory.

Mahlangu is a 17-year-old double-amputee who won silver at the 2016 Paralympic Games in Rio de Janiero. He won his first world title in the men’s 200m T61 category, finishing in 23.23 seconds and beating his idol and British Paralympic hero Richard Whitehead, who clocked 23.82 seconds.

An ecstatic Mahlangu told reporters: “I didn’t know I would be first. I was a little bit nervous. I just tried to concentrate on myself and on what I wanted to do. I like it when the competition is hard and I’m really grateful for the win.”

Sprinter Mpumelelo Mhlongo got in on the act by breaking his own world record when finishing second in the 100m final. He posted a time of 11.09 seconds.

Mhlongo then registered another medal, silver in the T64 long jump.

“This achievement is for the approximately 80 million people living with a disability in Africa,” said Mhlongo.

“To know that your past does not dictate your future is a powerful tool when it’s matched with hard work and consistency. I am grateful for being able to perform and, in doing so, pave the way forward for those coming after me. The support from back home and around the world has been overwhelming,” he said.

Simone Kruger, just 14-years-old, broke the world record in the discus on her way to her to a silver medal.

At the start of the final day’s competition, South Africa’s medal tally stood at 11. DM