SA letting the BRICS side down, report finds 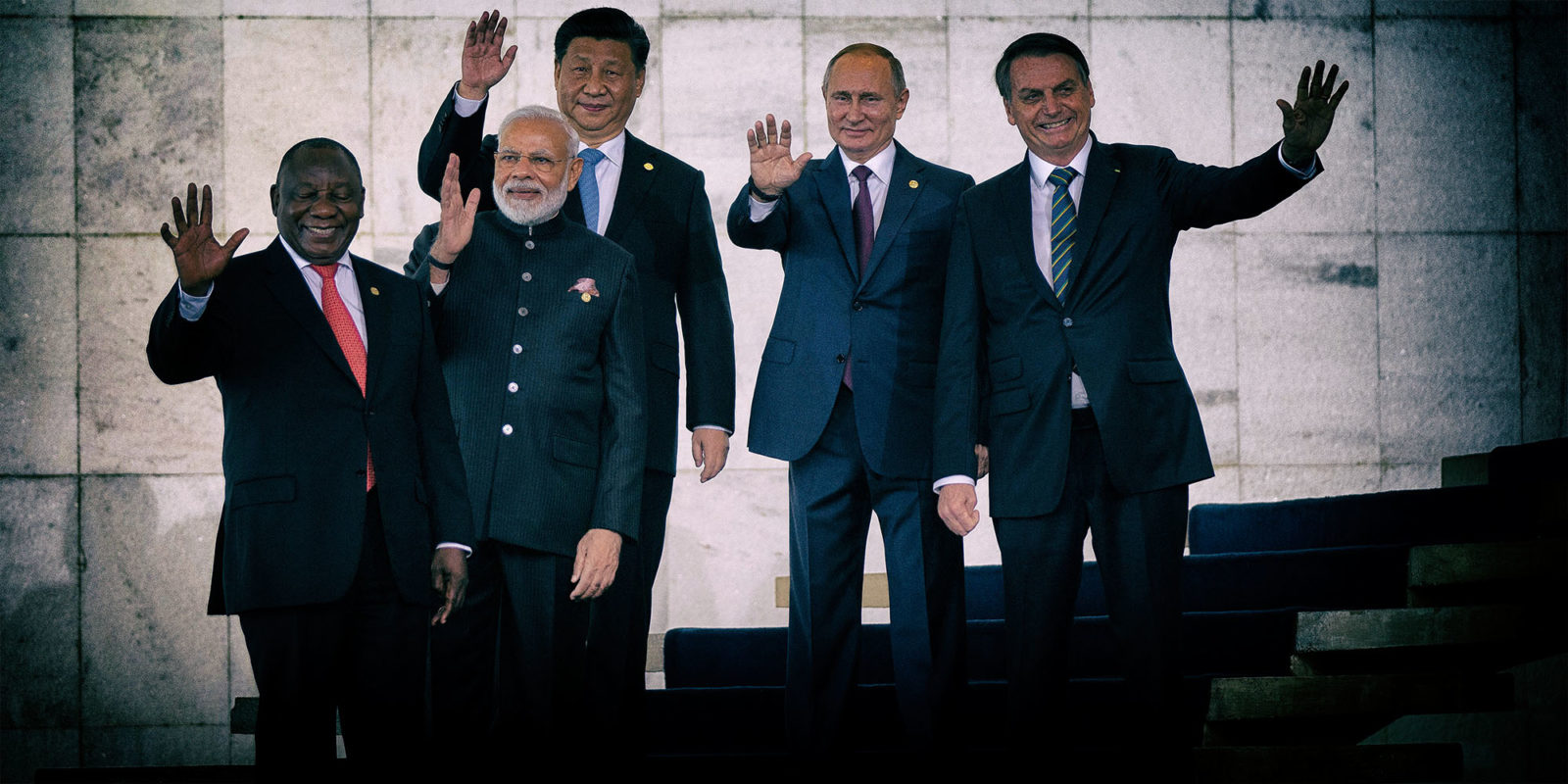 South Africa ranks only fourth of the five BRICS countries in its level of compliance with the commitments it made at the last summit of the forum in Johannesburg last year.

The BRICS Research Group, a Canada and Russia-based NGO, issued its latest compliance report to coincide with this year’s BRICS summit which has been taking place in Brasilia this week.

The BRICS Research Group has been monitoring the compliance of the members of the group with their summit commitments for several years.

Overall, it gave the give members a “solid” 85% average score for their compliance over the past 15 months with 10 key commitments — out of the total of 73 — they made at the Johannesburg summit in July 2018.

It said this showed an improvement on the 79% compliance with the commitments made at the 2017 BRICS summit in Xiamen, China.

The report said at the Johannesburg summit, the BRICS leaders had focused on the theme of BRICS in Africa. The theme of the summit was “BRICS in Africa: Collaboration for Inclusive Growth and Shared Prosperity in the Fourth Industrial Revolution”.

The BRICS leaders focused on reinforcing the current multilateral framework and voiced their support for multilateralism in a number of commitments. The declaration also focused on BRICS co-operation in peace and security, particularly in regional security issues related to Syria, Afghanistan and North Korea.

“In the economic sphere, BRICS leaders made several commitments for economic co-operation, with a focus on ICT, skills development, open trade and the digital economy. In terms of development, BRICS leaders focused on infrastructure development in Africa, in particular with respect to addressing the infrastructure financing deficit. In addition, the leaders agreed to co-operate in areas such as quota review for the International Monetary Fund, international currency, anti-corruption and international taxation.”

The 10 key commitments which the BRICS Research Group selected for assessing the compliance of the BRICS governments were:

The BRICS Research Group is a joint project between the Centre for International Institutions Research (CIIR) of the Russian Presidential Academy of National Economy and Public Administration in Moscow and the Global Governance Programme at Trinity College at the University of Toronto. DM