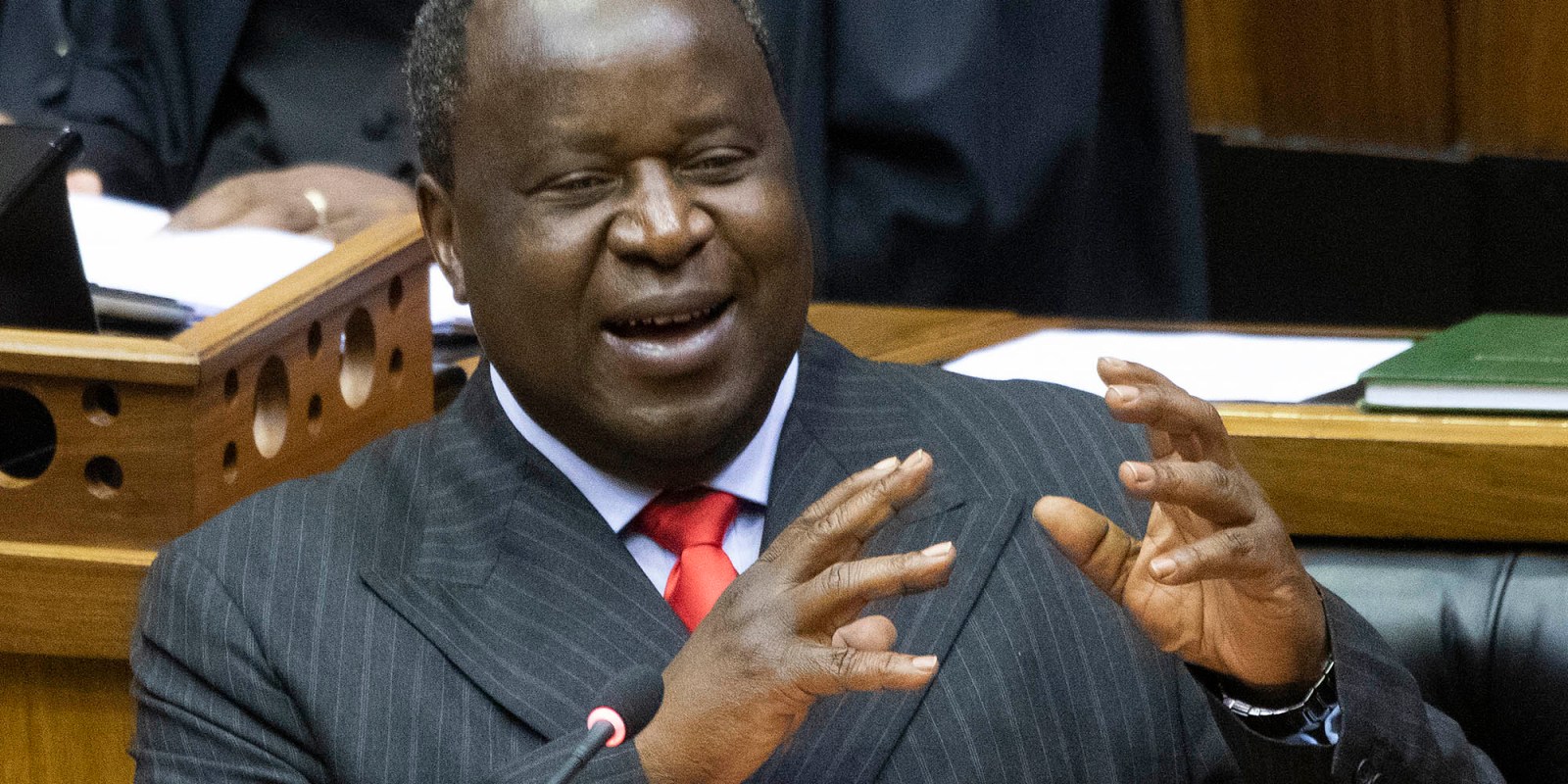 Finance Minister Tito Mboweni declared himself ‘no Father Christmas’ during the MTBPS briefing. He has opened a discussion about the viability of the MTBPS and it looks increasingly likely that his wish to offload some of the state’s airline assets will materialise. Times are tough, the ‘family is in trouble’ so a rebalancing of the government’s portfolio is in the offing. Now, this is no longer a question of ‘if’, but ‘when’.

We must be grateful for small mercies.

The dust has settled on the MTBPS and the market has done its thing. But there are two key messages from Finance Minister Tito Mboweni’s package of presentations that got little to no traction, which warrant revisiting.

The one is Mboweni’s questioning of the efficacy of the MTBPS itself. The other is the finance minister’s palpable irritation at the insistence on hanging on to South African Airways (SAA).

It was hard not to notice how the minister’s speech and the accompanying documentation read like a eulogy to the MTBPS. Mboweni took South Africans down memory lane by tracing back to the origins of the MTBPS process. It was clear, though, he was not entirely convinced about it being a necessity.

During the pre-MTBPS briefing with journalists, Mboweni pointed out that, since its inception 22 years ago, “no thorough review of [its] successes and failures” had been conducted. “We have to re-evaluate this thing. Certain things are relevant in specific times and become irrelevant in other contexts.”

The finance minister is synonymous with metaphors associated with the environment, seasons and farming. At that moment, one could argue that Mboweni was planting the seed of nullifying the MTBPS. It seems only a matter of time before it is declared defunct or trimmed down significantly.

Reading between the lines, one could make the assumption the MTBPS has become a self-indulgent affair – a distraction, even, if you will. And, in these tough times, the government could use the downtime between each of the main budgets to implement its policies, instead of opening up new policy discussions.

The finance minister revealed during the briefing with journalists that a discussion has begun about which state-owned assets should remain in public hands and which ones should not. This is part of broader efforts to “rebalance” the government’s portfolio of assets because the “family is in trouble”.

Mboweni’s eyes lit up when he spoke about the prospect of selling some of the state’s airline assets. He has made no secret about the fact that he does not view the national carrier as a strategic asset.

The cost-saving initiatives he announced in the MTBPS, specifically the one relating to domestic air travel, represented quite a coup for Mboweni. Indeed, the finance minister has decreed that public servants in all three spheres of government must use economy class when travelling domestically.

“Nothing compels public representatives to use SAA, they can shop around,” he said. However, the National Treasury “can’t decide for Parliament”. The finance minister appealed to the leadership of the National Assembly “to follow suit”.

SAA and its subsidiaries are symptomatic of the “incestuous” institutional set-ups which “must be sorted out” between now and the February budget.

“We are going to sell some assets, but we won’t tell you which ones,” Mboweni said with a slight chuckle. But his attempt at being coy was betrayed by his excitement — or perhaps his contempt for SAA revealed itself.

No sooner had he uttered those words than he said South African Express (SAX) would make for an interesting test case of how to dispose of government assets.

SAA is the holding company for SAX. The flagship airline also holds a 5% stake in regional carrier South African Airlink.

Neither SAA nor SAX is in a good financial position. Both have missed successive deadlines to submit their financials to Parliament. The airlines are also nowhere near reaching a viable financial position, let alone profitability, any time soon.

“Maybe the time has come for us to consider selling or closing [SAX], which would be an interesting case study,” Mboweni told journalists.

Since 2014, the rationalisation of the state’s airline assets has been a point of policy discussion. In 2016, the then-public enterprises minister told Parliament the law made provision for a 25% equity partner.

In the 2016 February Budget, the finance minister at the time told the National Assembly the government did not need to be invested in four airline businesses.

Judging by how dire the MTBPS figures were and how the government is running out of the road for parastatal bailouts and guarantees, Mboweni might get his wish over Christmas.

That would be a fitting twist, seeing that his briefing was peppered with talk about there being “no more Father Christmas” for glut and wastage. BM