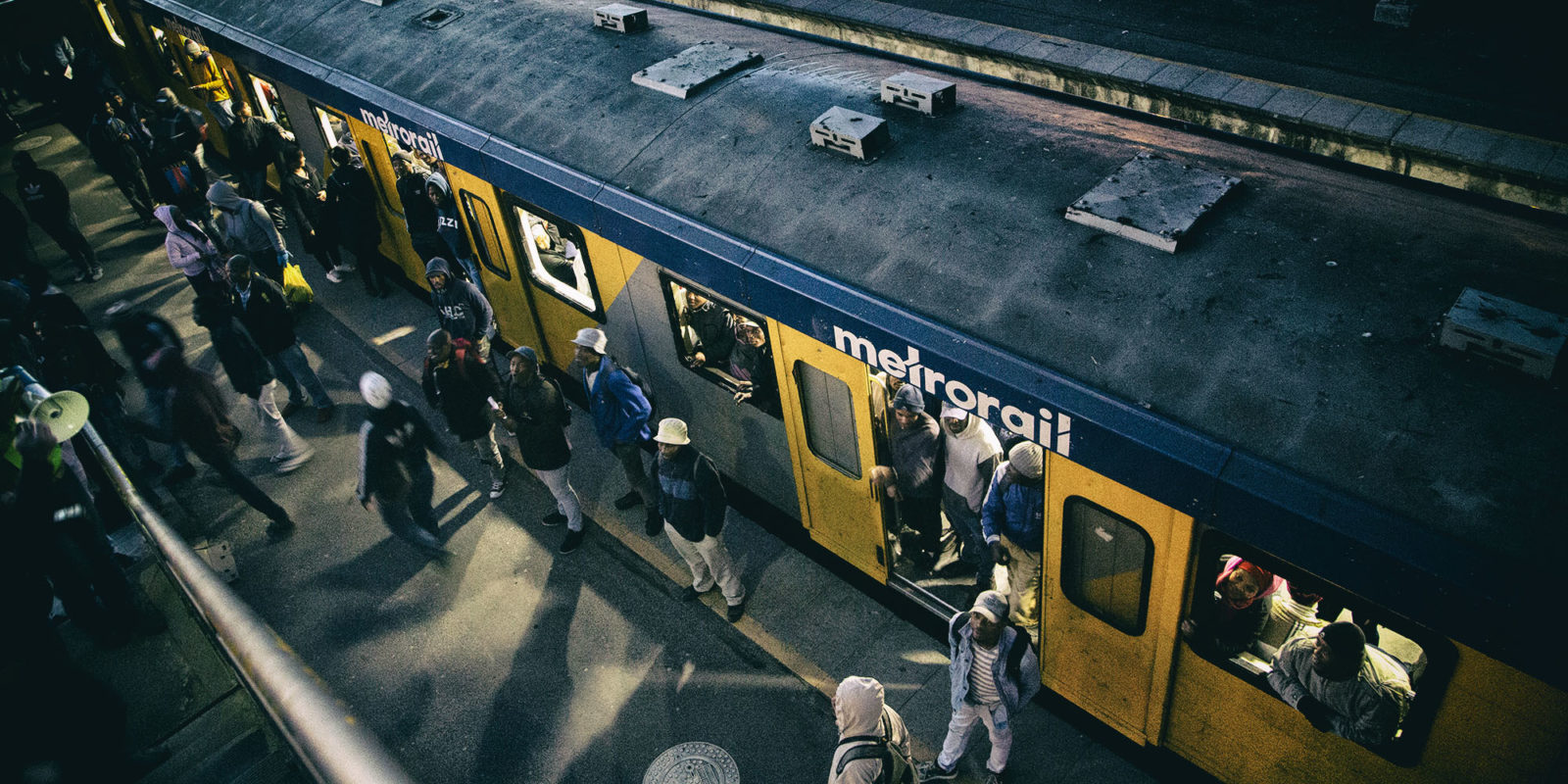 The dismissal of over 3,000 security guards – with October salaries unpaid – means more than 10,000 jobs directly linked to Prasa’s meltdown could be lost this year as maintenance companies and components suppliers close shop.

While claiming to be on the mend, the operational performance of the Passenger Rail Agency of South Africa (Prasa) has continued to deteriorate, with only a quarter of its performance targets met in the recent past financial year. While the Prasa management may argue that the 26% performance achievement was an improvement from the previous year’s 21% success rate, passengers continue to vanish as trains become even scarcer.

In the year ended March 2019, Prasa carried 208 million paying passenger trips, down from 262 million the previous year. The Western Cape suffered the most, with a 37% decline in paying passengers, the annual report shows.

Prasa’s Metrorail unit is the single largest mover of people, with more than 2.5 million commuters, mostly working-class low-paid workers, relying on it daily to get them to their places of work and home.

The rail agency has not had a properly appointed board of directors since May 2017.

The term of the current interim board expired in October 2019, and the minister of transport, Fikile Mbalula, has not yet appointed a replacement board. He could not tell Daily Maverick what the delay is, other than vaguely saying Cabinet processes were to blame for the delay to his self-imposed deadline – Mbalula said earlier in November that he’d appoint a new board before the end of the year.

The instability intensified at the executive management level during the past two years, with the executive committee operating at a third of its strength for most of the period as executives were either suspended, placed on special leave, or fired after disciplinary hearings for the corruption that gutted the utility over the past 10 years.

Under the leadership of Sishi, together with that of the board by chairman Khanyisile Kweyama, the performance of Prasa has plunged, threatening the very survival of the organisation as it failed to maintain critical infrastructure.

Due to this failure to execute capital investment, the National Treasury reduced Prasa’s capital budget to R8.4-billion, from R12.6-billion in the year ended March 2018. But Prasa then only managed to spend R3.7-billion of the adjusted budget, setting the stage for Treasury to further reduce the capital budget for the current financial year.

Since early last year, Prasa has been operating without any supply chain procurement as it failed to renew expired maintenance contracts in 2018, placing thousands of jobs on the line in the maintenance companies.

Some firms Daily Maverick spoke to said they have reduced their workforce due to lack of work from Prasa. Others, such as Wictra Holdings, have been trying desperately to hold on to their staff in the hope that they will soon be awarded contract work at Prasa, according to a letter sent to Prasa’s Sishi.

Daily Maverick obtained copies of this correspondence, and others, from concerned Prasa employees who blame the incompetence of the management for collapsing the train operator and all those that rely on its business.

In a desperate plea to Prasa in November, Wictra, which has been doing general overhaul, refurbishment and ad hoc maintenance work and other repairs to Metrorail’s trains for 23 years, said it would have to dismiss all its 2,000 employees if Prasa does not resume contracting out maintenance work for its coaches.

“Our financial resources have now almost been depleted and we are faced with total closure of our operations in Johannesburg, Cape Town, Pretoria, East London and Durban,” said Wictra in the letter, signed by its chief executive Wicus Pretorius.

“Unable to maintain substantial rental fees, we will be forced to give notice to our landlords and vacate our leased properties by the end of November 2019. If this situation is not reversed by Prasa we will have no other choice than to permanently lay off all our staff.”

One of the shareholders of Wictra told Daily Maverick the company will have to terminate operations by the end of the month.

“We have already put in the processes to retrench all staff and close shop,” said the investor, unwilling to be named for fear of reprisals. “We’ll close shop, retire to our corner and lick our wounds.”

Another maintenance contractor, who also declined to be named, said he had already laid off 36 of his 54 staff members.

Overall, about 3,600 jobs have been lost in the firms that do Prasa’s general overhaul, coach refurbishments, and ad hoc maintenance, as they have not had contracts since March 2018.

Another operator, a supplier of train components, said their landlord in Johannesburg will be evicting the company by the end of the month as they have not been able to pay the rent for months.

“If we don’t show him something convincing in terms of Prasa, we will be evicted.”

Should Wictra proceed with the planned retrenchments, this will most likely double the number of jobs lost in the railway industry as a result of Prasa’s inability to execute normal maintenance work on its infrastructure.

In addition to this, about 3,000 security guards lost their jobs in October, when Prasa cancelled all its security contracts in order to comply with a 2015 Public Protector ruling that the contracts had been awarded irregularly. This means over 10,000 jobs directly linked to Prasa’s meltdown could be lost this year.

The firing of the security guards has left Prasa’s infrastructure open to vandalism, including cable theft and tracks being stripped for scrap steel destined for the scrap yards.

The guards have been violently protesting outside Prasa’s Johannesburg regional office almost daily for the past two weeks. Demanding the contracts of their employers be reinstated, and their unpaid October salaries be settled.

On 11 November, protesters held Prasa staff hostage at Umjantshi House in Johannesburg until the police were called to diffuse the situation. Rubber bullets and teargas were fired in the CBD office block, with the chaos spreading to Park Station and the surrounding areas.

In the Central Line in the Western Cape, and in eastern Gauteng, train services have been disrupted as unguarded cables were stolen in Germiston and the Cape Flats.

The deterioration in operations has had a negative impact on the rail service, with passenger revenue dropping 48% over the past five years to R1.2-billion.

Government subsidies, meanwhile, keep rising to plug the deficit. In 2019, the government paid Prasa R10.5-billion in operational subsidies and capital grants for it to continue as a going concern.

More than R5.7-billion of the money, however, went to pay the salaries of the 16,350 Prasa employees, shows the annual report. DM