Jack and the Beanstalk: Panto with a contemporary South African twist 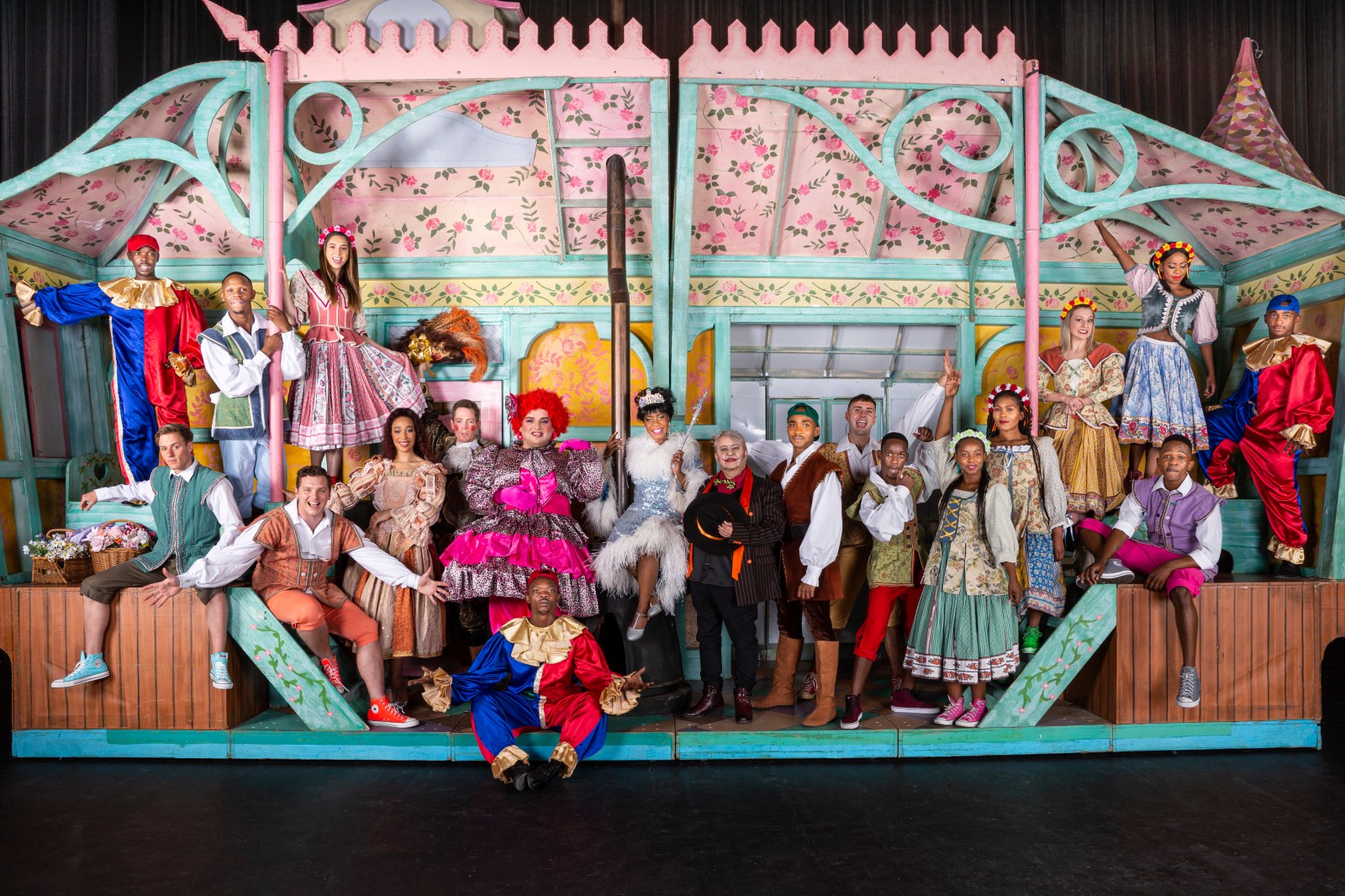 Jack and the Beanstalk; Image courtesy of the Joburg Theatre

Janice Honeyman’s production of Jack and the Beanstalk is big on the feelgood factor, wickedly funny and a visual treat. Oh, and the unfriendly giant is modelled on Jacob Zuma.

We are getting so good at presenting big stage musicals that South African productions of the Lion King, Chicago and others are being snapped up in many capitals around the globe because they are often cheaper to produce but certainly as good as the ones coming from Broadway or the West End.

Next year, Bernard Jay’s production of The Colour Purple is on a world tour – the Alice Walker novel is translated beautifully. Ahead of seeing it, I wondered how one can turn themes of rape, abuse and patriarchy into a musical; how could this possibly work in a genre that habitually resolves into happy endings? It worked in a way that leaves you both enlightened and enlivened.

As did Jack and the Beanstalk, this year’s pantomime at the Johannesburg Theatre, directed by Janice Honeyman. I saw the performance the day after the Boks scooped the Webb Ellis trophy, swooping the country into a delirium of green and gold. For a moment, we forgot that we have come through 10 years of the Big Bad Wolf or what we call State Capture. He huffed and he stole and he very nearly blew the house down – while his acolytes blew Eskom down.

But on that Sunday, there was no load-shedding and Honeyman had quickly written the World Cup victory into the script – the Twelve Days of Christmashad a “World Cup for the top of the tree” to end the ditty.  The crowd went crazy.

“There was a scurry and a flurry to find a gold trophy as Siya and Cyril did. We were right in touch and connected to the ‘Stronger Together’ motif,” says Honeyman.  The hashtag #StrongerTogether became popular before and after the Rugby World Cup win.

The pantomime is split-your-sides funny – with witty repartee and slapstick mixed in satire. The script riffs off our crises with corruption, Eskom’s load-shedding and former president Jacob Zuma, on whom the character of the giant is modelled. It was good to giggle rather than cry about the beloved country.

Germandt Geldenhuys’ Mies Miemie Mosbolletjie-Melba is a wonderfully camp character with perfectly timed quips; Casper de Vries as the villain was to the manner born.  Zolani Shangase (who plays Jack) is popular on all the big musical stages and his singing and dancing talents carry the production – and the female leads of Neo Motaung (Mrs Skwashie Mangowashie) and Dezlenne Ulster-Weale (Raspberry Rose) are strong fun-feminist characters.

“The lyrics, the meaning and how they fit into the story are very important to me – so Raspberry Rose having strong and maybe even feminist songs reflects her character and what I want to say to young women and children through the panto comes through,” says Honeyman.

The musical score is extensive and contemporary in a style that musical directors Dale Scheepers and Tim le Roux have made part of the show – and it is South African. There are 38 songs, 42 underscores and 75 ping-pongs – recognisable sound effects the band performs.

Work starts 13 months before the next pantomime, says Honeyman. While sets and costumes come from the UK (the forest, the giant and the fair are a visual feast guaranteed to keep young audience members entranced), the pantomime has very much of a local flavour.

“It is crucial to paste and pepper the panto-pie with recognisable local references. An audience needs to see the show and identify with the “SA-ness” of it all. I keep my eye on the news and current events, local jokes and political satire… and I rely on the youngsters in the company to set me right on current TV references, current slang, social media, colloquial language…” says Honeyman.

My preferred theatre is a deep and serious performance, but this pantomime is such fun that it will keep the feel-good mood of the Rugby World Cup win. Highly recommended. ML