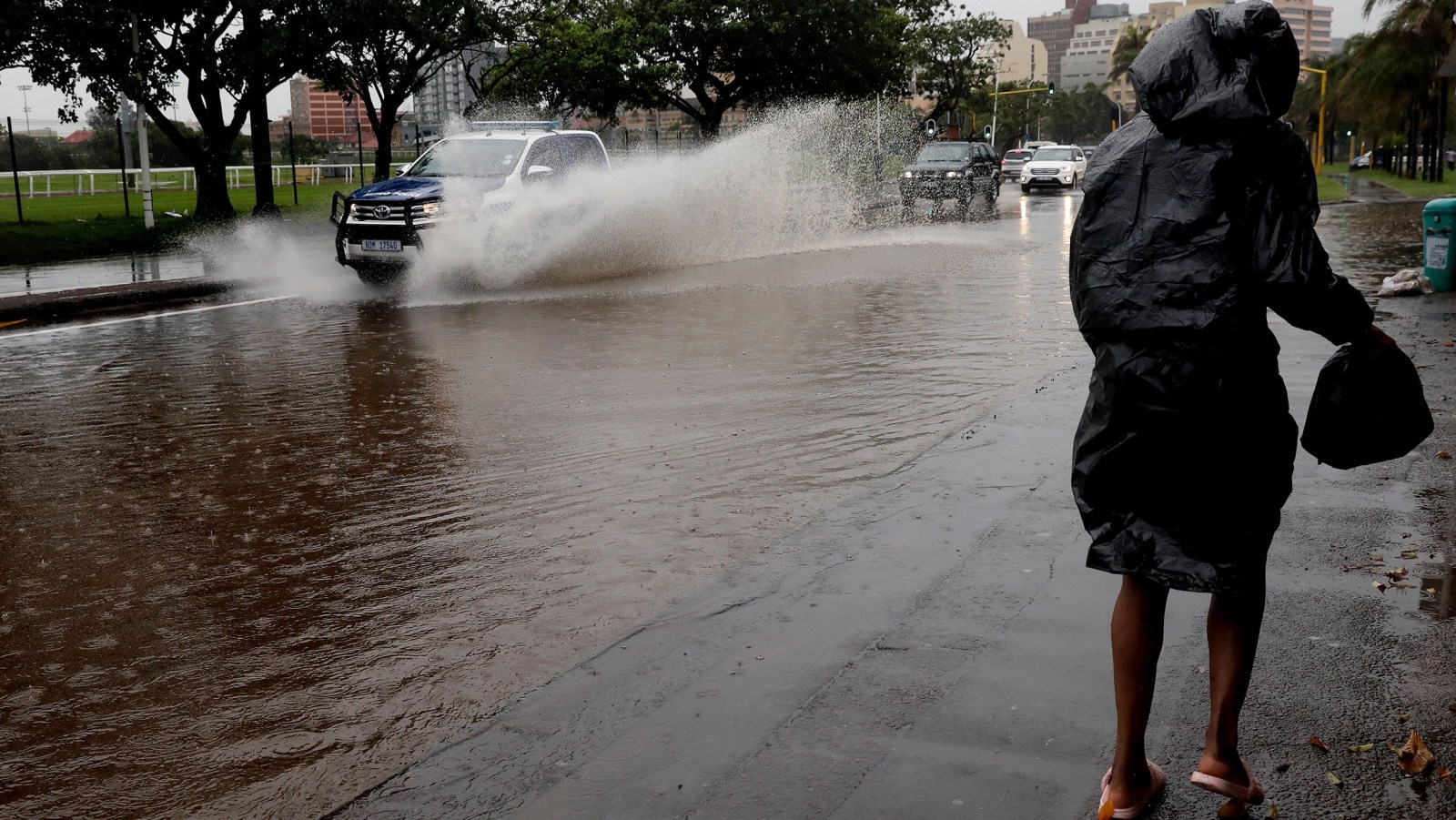 Violent storms and tornadoes caused havoc in KwaZulu-Natal this week and more heavy storms, hail and floods are predicted for the next few days. Maverick Citizen asked an expert to explain what is going on with the weather.

Extreme weather patterns like the tornadoes and extreme storms seen in KwaZulu-Natal this week will become more commonplace as a result of climate change, says the University of KwaZulu-Natal’s Professor Alistair Clulow.

“Making predictions about how temperature and rainfall will change is very complex and different weather models don’t always agree on future weather conditions,” said Clulow. “However, there is consensus that weather will, in general, become more extreme. Some forms of extreme weather include droughts, heat waves, high-wind speeds and obviously storms and the flooding that can result from storms.

“The weather experts had predicted storms and heavy rain, in which they were right. It is very difficult to predict tornadoes in a country like South Africa, where they are not the norm. A few things need to come together in a storm for a tornado to occur; things like well-developed storm cells, high wind speeds, sudden changes in wind direction, heavy rain and sufficient cold, moist air all combine to form a tornado,” he explained.

“We can identify storms using radar and storm warnings are disseminated in South Africa. However, it is very difficult to determine whether the processes occurring within a storm cell will come together and give rise to the kind of tornado we witnessed recently. Tornadoes are not new to the province and have occurred previously in the Impendle area. An increase in their occurrence due to climate change is obviously significant. All storms should be treated with caution as high winds, lightning and flooding can occur, all of which can be severely harmful to human and animal life. It is possible to get tornadoes on the coast but they more commonly occur towards mountainous regions where summer storms are likely and can occur almost daily,” Clulow added.

“Tornadoes are so violent because of high wind speeds that can uproot trees, throw cars around and destroy buildings. At the same time, there is often flooding as a result of high-intensity rain, along with lightning and thunder. All in all, it is quite a frightening experience.”

He explained why an increase in greenhouse gases can make storms more violent.

“Greenhouse gases trap infra-red radiation that would normally exit into space. This trapped radiation results in a warming up of the atmosphere and oceans. Warmer oceans in turn mean more evaporation and more water vapour in the atmosphere. When condensation takes places within a storm cloud there is a release of energy that fuels the storm, making it more extreme and raising the chances of a tornado developing.

“Extreme weather events include thunderstorms, intense rainfall, drought periods and, typically, periods of higher-than-usual temperatures. The increasing concentration of greenhouse gases traps more radiation in the atmosphere. This is noticeable mainly by the increased air and ocean temperatures but also in the intensity of the storms we experience.

“The development of tornadoes is complex but generally involves high wind speeds, strongly developed cumulus storm cells with powerful up-drafts and down-drafts and very heavy rainfall. These are clearly high-energy environments, much of it coming from the release of latent energy when water vapour condenses in storm clouds (and there is likely to be more water vapour in the atmosphere as temperatures increase). Generally, if we are accumulating more energy in the atmosphere and tornadoes are high energy events, we can predict that more tornadoes are likely to occur.”

Two people died and scores were left without homes after a severe thunderstorm produced a tornado near the town of New Hanover in KwaZulu-Natal on Tuesday afternoon.

The South African Weather Service said in a statement on Thursday that it was conducting urgent investigations into the nature and extent of damage inflicted on structures and vegetation. This research will be used to determine the strength of the tornado.

“The potential for severe weather on this day was identified by forecasters at the South African Weather Service and a watch was issued for severe thunderstorms in KwaZulu-Natal. This was upgraded to a warning at 14:32 local time for selected local municipalities. As is standard practice in other countries, SAWS issues alerts and warnings for severe thunderstorms that could lead to tornadoes, but not for individual tornadoes,” the statement read.

The weather service added that the region could expect more bad weather for the next three days with the possibility of strong, damaging winds, hail and heavy downpours.

“KwaZulu-Natal is expected to be the province particularly affected by these extreme conditions,” added the service. “With the high amount of rain that has already been experienced, the risk for flooding is very high in places.” MC