Holding companies: When the sum of the parts is greater than the whole 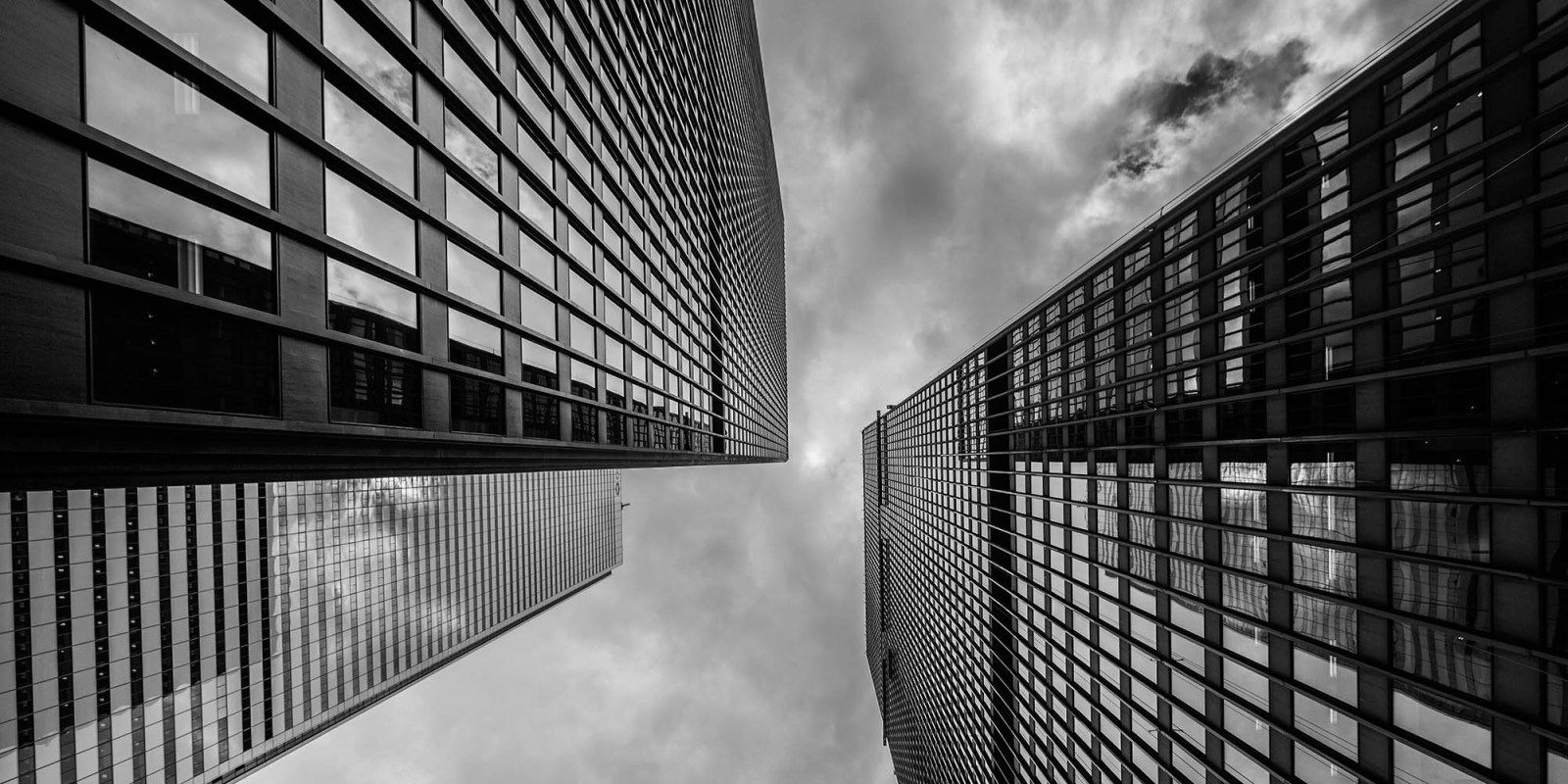 It is common in global and local capital markets for an investment holding company to trade at a discount to its net asset value. How to spot the wealth that is trapped in these management vehicles is easy, but finding answers to the other questions – who, when and what – is a tad trickier.

Whether it is Remgro, PSG or Naspers in South Africa or Wall Street’s Berkshire-Hathaway – the most successful of all investment holding companies across the globe – the one thing that most of these firms have in common is that they usually trade for less than the combined value of their holdings.

The scope for holdings is broad. These entities can own a minority or substantial part of a variety of different businesses, whether listed or unlisted or even just shells that are hoarding cash. And the discount that the sum of all the assets it is trading at attracts growing interest from larger pools of money.

Peregrine Holdings, which released its interim results on 13 November for the six months to September 2019, has been trading under cautionary since the end of October. This concerns a non-binding expression of interest for the acquisition of the entire issued share capital of the JSE-listed investment outfit.

CEO Robert Katz – doubling up as group CFO after Claire Coward’s recent resignation – says the board continues to engage with the interested party, emphasising that the negotiation does not constitute a firm intention to make an offer and may result in nothing.

But, if the financials are anything to go by, the company’s crown jewel, wealth advisory business Citadel, is what is up for grabs here, and buying the whole company to get it, still makes it a bargain buy.

Citadel’s core revenue grew by 14% to R525-million in the period under review and is the most significant contributor – around 80% – to Peregrine’s Group bottom line.

This is against a backdrop of a challenging local and global economic environment, and in the context of a total all-inclusive headline earnings per share basis that is down by 40%, says Katz.

“Citadel’s assets under management were positively impacted by the weakness of the rand,” says Katz. Its clients’ portfolios are predominantly set offshore.

Furthermore, he says, the division’s niche focus and a strong brand have proved somewhat counter-cyclical as clients of the group’s wealth manager seek safe-haven investment opportunities and advice.

“On the back of this, the overall poor economic and challenging market environment had less of an effect on its core business compared to other local businesses in the group.”

According to the financials, Citadel’s assets under management amount to R56.8-billion (March 2019: R51.2-billion).

The group’s other divisions include its UK business, Stenham; the core offering and hedge fund specialist, Peregrine Capital; and the advisory business Java Capital.

Reports between analysts vary, but the discount Peregrine offers investors is around 25%.

Jean Pierre Verster, CEO of Protea Capital Management, says from a cost/benefit perspective it makes sense to buy the total company to access the “crown jewels” and dispose of the smaller divisions after the fact.

And the future for Citadel does look bright. Its call on offshore portfolios (60% of the current total) will continue to pay off if the rand remains weak as it is expected to do, and the company’s focus on client retention (98% over the last financial year) will do the same.

“The biggest gross inflow comes from clients that have been with us for over 12 months,” says Andrew Möller, CEO of Citadel. He adds that the organisation plans to launch a separate family office offering in the third quarter of next year.

On that Verster says, that the company has done well in taking care of its high net-worth individual client’s money, and an even a nicer more bespoke niche service offering for the ultra-wealthy, where a gap in the market currently exists, will probably do the same.

Unlocking the discount comes into play when holding companies are able to break themselves up into distinctive parts, like a Citadel or a Family Office, and are able to sell these assets separately at a fair market price, rather than doing so as a whole.

“The holding company discount lets you prosper
from a breakup—although it may take years or
even decades for that value to be realised,” says
Verster.

Verster adds that it is not a given, on how long such above-average discounts to NAV will persist, but the trend in forming such holding companies is when capital is cheap and at the top of the market, while disassembling or delisting them usually comes around when the opposite is true.

That seems to have been the case for Holding company Astoria. It listed on the Mauritian Stock Exchange in April 2015, on the JSE’s AltX in the same year, and latterly on the Namibian stock exchange, and while Astoria traded at a premium to NAV initially, that developed into a discount of just over 20% over time. This was a bargain asset manager RECM led by founder and chairman Piet Viljoen could not resist.

In 2017, the activist investor and majority shareholder pushed for the holding company to liquidate all of its portfolios and pay out a handsome dividend to its stakeholders. Verster says a delisting seems like an obvious next
step. Earlier this month RECM offered to buy out the remaining shareholders of Astoria.

The crux of the matter is that, activist funds or shareholders will reap the benefits of such foresight when the intrinsic value of the sum of the separate units is unlocked over time, by way of sale, delisting liquidation or otherwise.

If that tickles your fancy, the time to jump in is right now. But before you do, perhaps take into consideration the reasons why these discounts exist, because it could mean the difference between a jump being fatal or successful.

It is much easier to value the underlying assets of a holding company like Remgro for example, which is trading at a 20% discount according to Avior Capital research, whose main investments are
listed entities like Mediclinic, FirstRand or Rainbow
ChickenRCL Foods. The same goes for PSG (25%
discount), with its interests in Capitec, Zeder and
Curro.

Some holding companies, however, have large stakes in unlisted ventures, which are difficult to value can not and can deepen discounts significantly, says Verster.

African Rainbow Capital (57% discount) is a case and point. Its largest asset is the unlisted, telecommunications operator Rain. But Arc’s ARC’s discount is further driven by concentration risk, says Verster, the same discount
driver at Prosus (28%) who’s dominant asset is Tencent. The same goes for Citadel within Peregrine.

So concentration risk could make for a big difference, says Verster.

The third reason behind these prevailing discounts is skillful capital allocation., and we have to go no further than Brait to explain the strength of that influence. The holding company was trading at a premium not too long ago, but bad investment calls, and subsequently writing off their investment in New Look down to practically zero, not to mention the company’s high debt levels (NAV = assets – debt) drove the discount to over 60% at present.

David Shapiro, deputy chairman at Sasfin Securities, does not see much value in the status quo of discounted holdings. He says that is the reason why there is not much enthusiasm for the phenomenon in the market either.

Shapiro says times have changed, and preference and choice with it, especially for the man or woman in the street’s smaller pockets. This is a reversal of the pattern from the time when investors would sometimes pay a premium for conglomerates that owned a variety of businesses, he says.

The idea was that these different businesses would profit from “synergy,” or “economy of scale”, implying that various businesses can work together and be worth more as a whole than as individual companies.

“Now it is just good for creating pockets of discounts,” he says.

Investors prefer “pure plays” — companies that focus on a single business area. So, if a holding company owns a variety of distinct plays, it may trade for 15% to 35% less than the combined value of its assets, an opportunity for the big weighs, but for the retail investor, it might just be better to buy the underlying asset.

“Why own Remgro or PSG, if you can just go buy shares in FirstRand or Capitec?” asks Shapiro.

Like some other investment fashions, “synergy” could wind up just costing an individual money. Ask Christo Wiese, with his investments in Steinhoff and Brait. His own investment firm, Titan, might be a different story. But as an unlisted vehicle, there is no objective way of determining that. BM