Vulnerable group of workers fight for access to workmen’s compensation 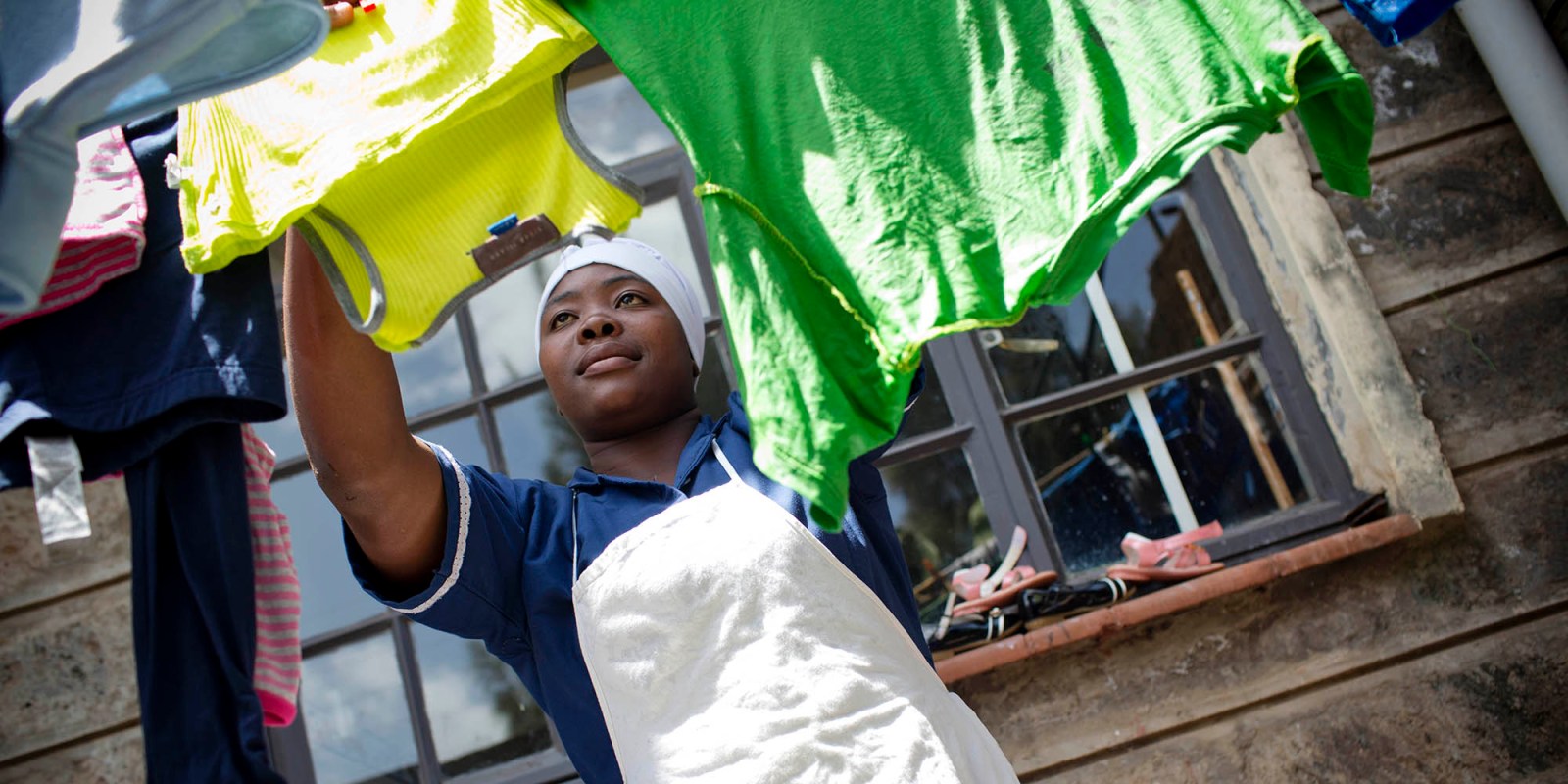 Archive Photo: Lucy Nyangasi (26), a domestic worker, goes about her daily household work in the house of the family she works for in Nairobi, Kenya. Tuesday, 2 February 2016.( Photo: Kate Holt/Flickr)

The Constitutional Court has been asked to make a declaratory order on the unconstitutionality of excluding domestic workers from claiming from workmen’s compensation.

Domestic workers should be beneficiaries of the Compensation for Occupational Injuries and Diseases Act 130 of 1993 (COIDA) if they are injured or die while working. This was the ruling of the North Gauteng High Court earlier this year.

Now the SA Domestic Service and Allied Workers Union (Sadsawu) and the Socio-Economic Rights Institute of SA (Seri) have approached the Constitutional Court for a declaratory order that confirms that the exclusion of domestic workers from COIDA was unconstitutional.

COIDA offers compensation for incapacitation caused by occupational injuries and diseases sustained or contracted by employees in the course of their employment, including death.

As it stands now, this piece of legislation excludes domestic workers, who are at the mercy and sympathy of their employees should they sustain injury or die while on duty.

The case before the Constitutional Court stems from the death of Maria Mahlangu, a domestic worker who on 31 March 2012 slipped and fell from a step ladder while washing the top windows outside a bedroom of her employers’ home in Faerie Glen. Mahlangu fell in to the pool which was next to the bedroom and drowned.

At the time Mahlangu’s daughter, Sylvia, approached the Department of Labour to enquire about compensation for the death of her mother, but she was told that she could neither get any compensation nor employment insurance benefits for her loss which are ordinarily covered by COIDA.

Sylvia said even though she knows that the money won’t bring her mother, who was the family breadwinner, back, it would help cover household expenses. “I am just hoping for the best, I am fighting for other domestic workers like my mother,” she said.

Represented by Seri and Sadsawu, Sylvia is now on a mission to challenge the constitutionality of the act.

On 23 May 2019, a court order from the North Gauteng High Court declared the exclusion of domestic workers from COIDA as unconstitutional. The court further ruled in October 2019 that “the declaration of invalidity must be applied retrospectively to provide relief to other domestic workers who were injured or died at work prior to the granting of the order”.

On 6 November Seri and Sadsawu, filed an application in the Constitutional Court to confirm the two orders. It is unclear when the ConCourt will hear the matter.

Speaking at a recent press briefing on the matter, Thulani Nkosi, the Seri attorney assisting on the case cited two issues that might explain why the plight of domestic workers has not received attention before.

“Firstly, because domestic workers work in private households their work has never been recognised as a proper job because it is closely related to what a mother or wife does. Secondly, domestic workers themselves find it difficult to associate among themselves because they work in different households and hardly see one another,” he said.

Nkosi said that once the Constitutional Court confirms unconstitutionality that would not translate to domestic workers getting immediate payment. “What it will mean is that the impediment in the legislation is removed,” he said.

Once a declaratory order is granted, the legislation will need to be amended to include how employers of domestic workers would contribute to the fund, a process that will take some time.

“It is an honour for us to assist on such a potentially impactful case with one of the most vulnerable worker groups in South Africa,” said Kelebogile Khunou, a researcher at Seri.

Daily Maverick has approached the Department of Labour for comment. This article will be updated with the department’s comments when they are received