The fall of the Berlin Wall and social democracy 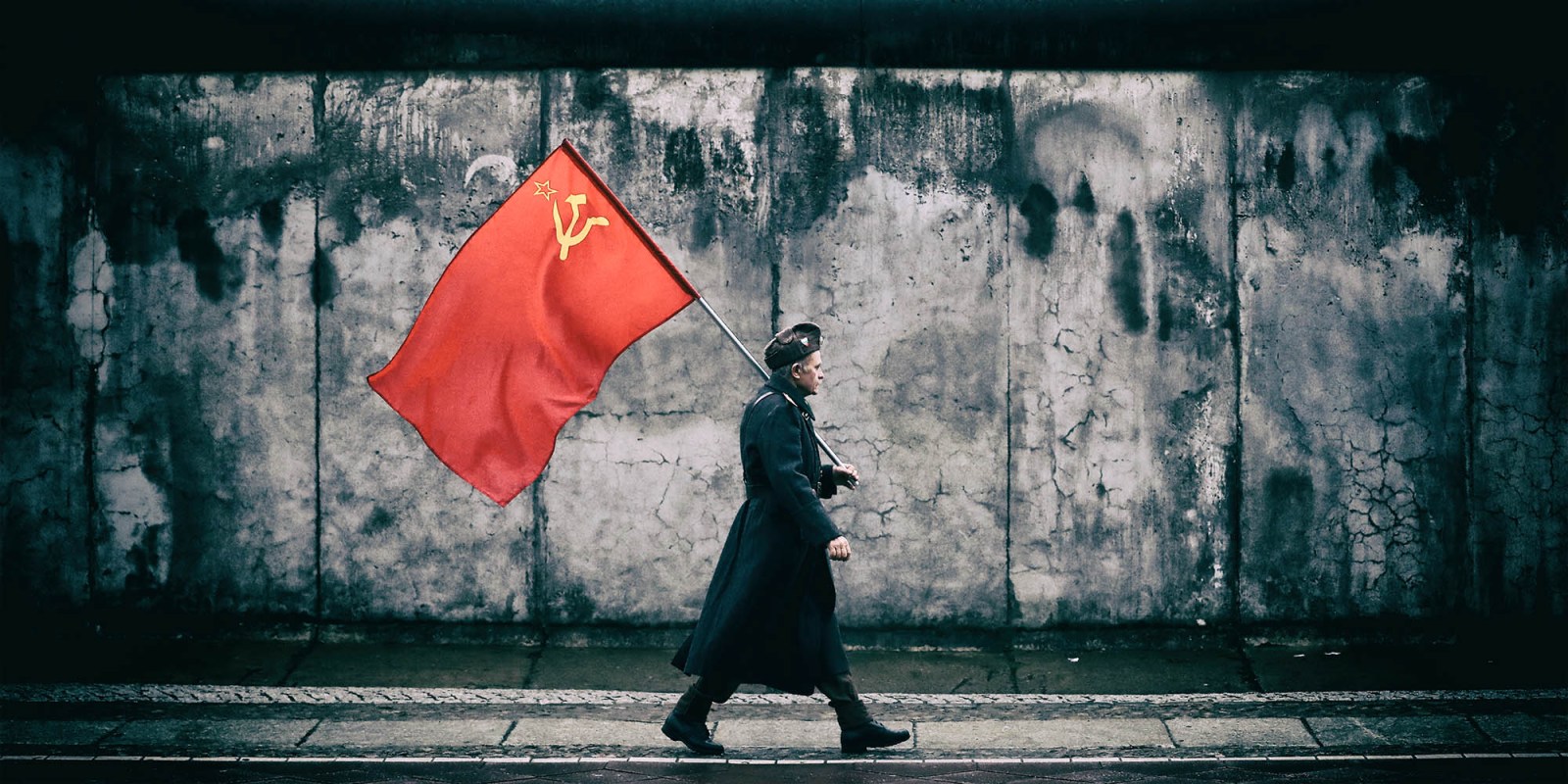 A man flying the Soviet flag in protest against capitalism walks past the Berlin Wall Memorial after the official 30th anniversary celebration of the fall of the Berlin Wall, 9 November 2019. (Photo: EPA-EFE / Friedemann Vogel)

It was already clear 30 years ago that the fall of the Berlin Wall would change everything. But precisely what that change will mean for world politics in the 21st century still remains to be seen.

By 1989, the Soviet Union, and communism generally, had condemned tens of millions of people to poverty and had clearly failed to compete with the Western economic model. Over four decades, the Cold War had taken millions of lives in various theatres around the world (where the conflict was much hotter than its name suggests) and created a pretext for repression and elite dominance in dozens of countries across Latin America, Africa, and Asia.

Yet for all its positive implications, the post-Cold War era also upended the Western social-democratic compact: the system of safety nets, regulations, universal public services, redistributive tax policies, and labour-market institutions that had long protected workers and the less fortunate. According to the political scientist Ralf Dahrendorf (as quoted by the late Tony Judt), that policy consensus had signified “the greatest progress which history has seen so far”. Not only had it limited and then reduced inequality in most advanced economies; it also contributed to decades of sustained growth.

The economic growth of the post-war era was born of broadly competitive markets, which had been created through regulations to break the backs of monopolies and powerful conglomerates. It also depended on a generously supported system of public education and government-funded innovation. The proliferation of high-paying good jobs during this period was the result of labour-market institutions that prevented employers from wielding excessive powers over their employees; without such constraints, firms would have generated low-wage jobs with harsh working conditions.

Social democracy played an equally important role in politics. Its redistributive institutions and welfare-state programmes could not have survived without non-elites wielding political power. Broad-based political participation was achieved through reforms to expand the franchise and deepen democratic processes. It was supported by powerful political parties, such as the Swedish Workers’ Party, and trade unions. And it was driven by universalist ideas that motivated people to support and defend democracy.

In many ways, the United States was no different from its Western European counterparts. Throughout the New Deal and post-war eras, it enthusiastically busted trusts and reined in the political influence of the wealthy. It instituted government-administered old-age and disability pensions (social security), unemployment benefits, and redistributive taxation, and adopted various anti-poverty measures. While deploying anti-socialist language, it nonetheless adopted social democracy with American characteristics – which meant, among other things, that its social safety net was weaker than in other countries.

None of this can be understood in the absence of communism. After all, social-democratic movements emerged from communist parties, many of which – including the Social Democrats in post-war Germany and the French Socialist Party – did not abandon socialist rhetoric until well into the 1960s, or even the 1980s. While the parties that proved most successful in creating new labour-market institutions, securing high-quality public services, and reaching a broad social consensus, such as the Swedish Workers’ Party or the British Labour Party, had typically repudiated their earlier Marxism, they still spoke the same language as their Marxist cousins.

More to the point, elites themselves embraced the social-democratic compact as a means of preventing communist revolution. It was this anti-communist mode of social democracy that motivated intellectuals such as the economist John Maynard Keynes, one of the architects of the post-war order, and political leaders from Presidents Franklin D Roosevelt to John F Kennedy and Lyndon B Johnson in the US. Similarly, the threat of communism (from North Korea) drove South Korean leaders to pursue ambitious land reforms and investments in education, while tolerating some degree of union activity despite their desire to keep wages low.

But when communism collapsed – both as an economic system and as an ideology – it knocked the legs out from under the social-democratic stool. Suddenly faced with the need to invent a new, equally inclusive, equally universalist ideology, the left proved unequal to the task. And at the same time, the leaders of an already ascendant right interpreted the collapse of communism as a signal (and an opportunity) to roll back social democracy in favour of the market.

Yet, for a number of reasons, the embrace of this agenda in much of the West was mistaken. For starters, it ignored the contribution that the welfare state, labour-market institutions, and government investments in research and development had made to post-war growth. Second, it failed to anticipate that dismantling social-democratic institutions would weaken democracy itself, by further empowering incumbent politicians and the wealthy (who would become much wealthier in the process). And, third, it ignored the lessons of the interwar years, when the absence of broad-based economic opportunities and strong safety nets had created the conditions for the rise of left- and right-wing extremism.

US President Ronald Reagan and British Prime Minister Margaret Thatcher may have envisioned a world with more efficient markets and less bureaucratic controls. But the political revolution they launched has culminated in the presidency of Donald Trump in the US and a Boris Johnson-led government in the United Kingdom.

The social-democratic compact now needs to be refashioned for the 21st century.

To that end, we need to recognise the problems facing advanced economies, from uncontrolled deregulation and finance run amok to the structural changes brought about by globalisation and automation. We also need to form a new political coalition that is broad enough to include industrial workers, who remain among the most politically active segments of the population, even as their numbers have fallen.

But, most important, we must recognise that curtailing the power of big companies; providing universal public services, including health care and high-quality education; protecting workers and preventing the rise of low-wage, precarious employment; and investing in R&D are not just policies that should be evaluated in terms of their economic consequences. They are the essence of the social-democratic project and the foundation of a prosperous and stable society. BM

Daron Acemoglu, Professor of Economics at MIT, is co-author (with James A Robinson) of The Narrow Corridor: States, Societies, and the Fate of Liberty.