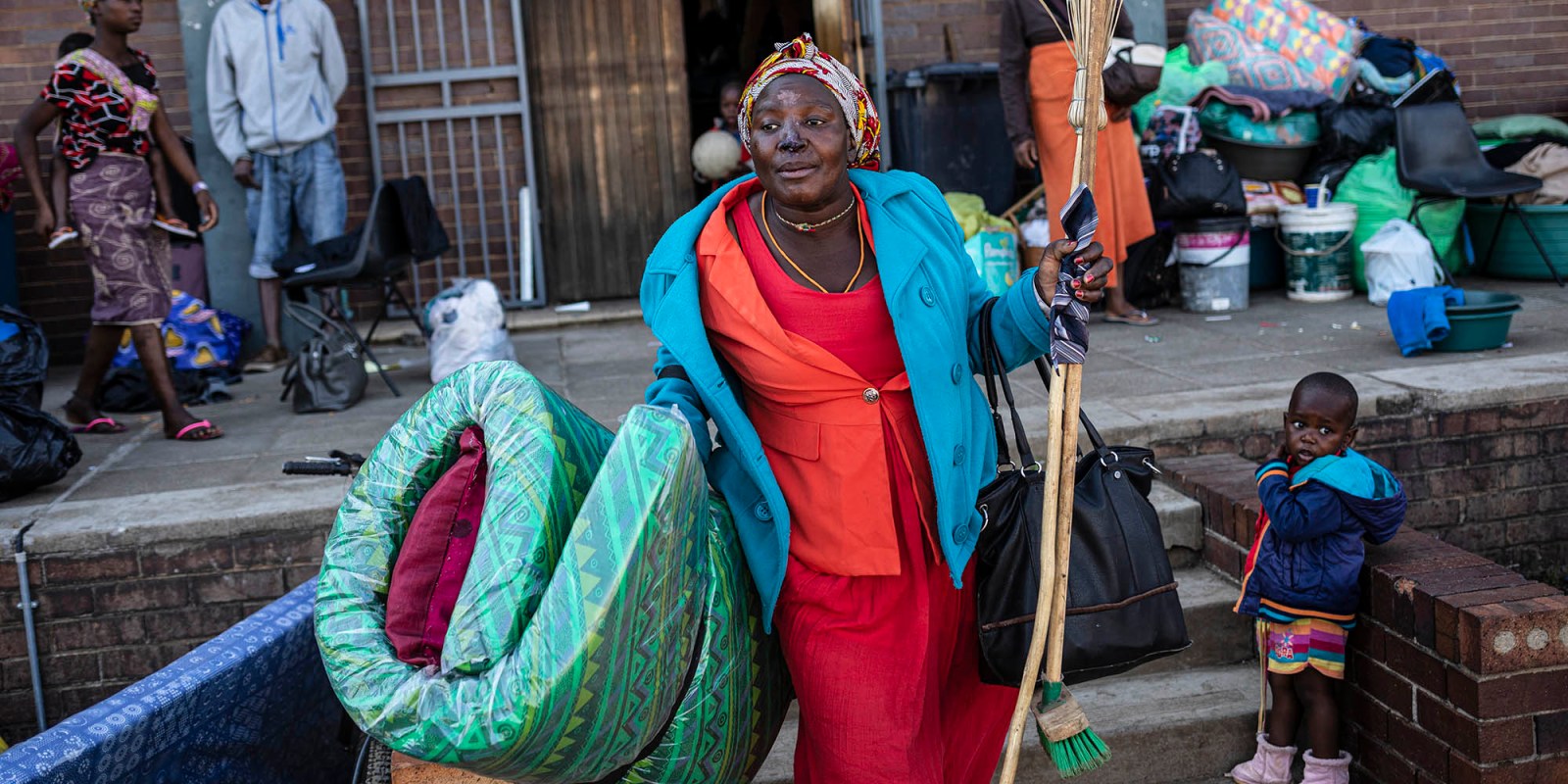 A Mozambique women carries her belongings to a truck at a refugee camp, in Johannesburg on 12 September 2019, set up for those affected by violence against foreign nationals. (Photo: EPA-EFE / Kim Ludbrook)

Nationalism and xenophobia could undo progress in reducing the number of people who are undocumented and unaccounted for. By Aimée-Noël Mbiyozo for ISS TODAY

Hundreds of thousands, possibly millions, of Africans do not have access to a nationality. The status of many others is in doubt or in dispute. Without an official connection to a state, people have neither protection from, nor responsibilities to, the country in which they live.

The problem of statelessness is not new. It has risen on the international agenda in recent years as countries have pursued policies aimed at stripping people of their citizenship as a means of sanctioning those they want to exclude as undesirable. In some regions this has recently involved “foreign fighters” returning from conflict zones or “cracking down” on refugee and migrant groups.

State sovereignty is at the core of governments’ reluctance to reduce or prevent statelessness. States have the sovereign right – and duty – to determine nationality. Nationality is a particularly sensitive topic for countries and has often led to intractable disputes, tension and conflict.

Many states have resisted international laws and obligations – including those they have agreed to – on the grounds of defending their sovereign rights. Governments cling to the position that decisions around nationality are a matter of national sovereignty and that it is up to the state to bestow or withhold nationality from any individual living within its territory.

At the same time, campaigns to reduce statelessness have made good progress by showing the measures and political will required to combat it. In July, Kyrgyzstan became the first country in the world to eradicate statelessness, primarily through documentation drives targeting minority populations.

The UN Refugee Agency (UNHCR) attributes this achievement to political will. In August, as a measure to combat undocumented refugee babies, Colombia granted citizenship to more than 24,000 children born to Venezuelan migrants on its territory since 2015, and to those who will be born there before 2021.

The very nature of statelessness – that people are undocumented and unaccounted for – makes it impossible to know exactly how many people in Africa are affected. Statelessness is nevertheless a major issue across the continent.

Four of the nine African countries with the biggest stateless populations are in Southern Africa: Zimbabwe, South Africa, Madagascar and the Democratic Republic of the Congo. Statelessness in Southern Africa is driven primarily by colonial history, border changes, migration, poor civil registry systems, and discrimination on the basis of gender, ethnicity and religion.

Even where the legal provisions are in place to protect against statelessness, there are often practical impediments. While many legal gaps remain in Southern Africa, effective civil registration is almost as important as the laws themselves. The practicalities of obtaining documents are more common barriers than a legal denial of nationality.

The statelessness situation in Zimbabwe has persisted for generations as a means of political exclusion, with few signs of improvement. In South Africa, the situation threatens to worsen due to rising nationalism and anti-migrant sentiments.

Zimbabwe has been called the “main” statelessness crisis in Southern Africa. Many farmworkers are of foreign African origin, although most are born in Zimbabwe. The country’s ruling party, the Zimbabwe African National Union – Patriotic Front (Zanu-PF), has long suspected that these groups are aligned with the opposition Movement for Democratic Change (MDC), based in part on their association with white farm owners.

For decades, Zanu-PF has implemented a series of complex citizenship rules to prevent these farmworkers from voting. The MDC successfully fought for expanded citizenship provisions in the new 2013 constitution, but to date most of these groups remain unable to access citizenship. These measures predicated on narrow political aims, have led to statelessness and hardship for some of the country’s most vulnerable people.

South Africa appears to be on a path to continue using nationality as a weapon, further deepening xenophobic sentiments towards other Africans. Most of the stateless population in South Africa are believed to be migrants, asylum seekers and refugees from the region.

The country has been implementing increasingly restrictive measures to reduce migration flows from neighbouring countries. These reflect deepening political and social xenophobia, and increasing nationalism.

The Department of Home Affairs’ 2018 proposal to replace birth certificates for children of foreign parents with “birth confirmations” is particularly problematic and puts orphaned and abandoned children and those born to undocumented or irregular migrants at serious risk of statelessness. The proposal is unconstitutional and punishes children for their parents’ status, or lack thereof.

In many cases, states claim they are not creating statelessness because people have rights to an alternate citizenship. In a 2019 South African case related to a former orphan of (presumed) eSwatini origin whose children have been rendered stateless despite having a South African father, Home Affairs director of travel documents and citizenship, Richard Sikane, disputed statelessness itself. “I seriously dispute that any person can be born stateless,” he said.

Home Affairs has also litigated against citizenship cases, typically on the grounds that ‘illegal’ migrants are seeking legal loopholes that would compromise the country’s security.

There is a strong moral imperative to avoid statelessness, and the costs to society are substantial and vast. Statelessness poses serious threats to development, public health, security and international relations. It is not only a source of human insecurity and a cause of forced displacement – it poses real threats to national and regional stability.

African governments need to recognise the costs of statelessness to all of society and work consistently to reduce and prevent it. Restricting nationality as a deterrent or punitive measure is not an effective strategy for managing migration. DM