By Madison Yauger for GroundUp• 13 November 2019 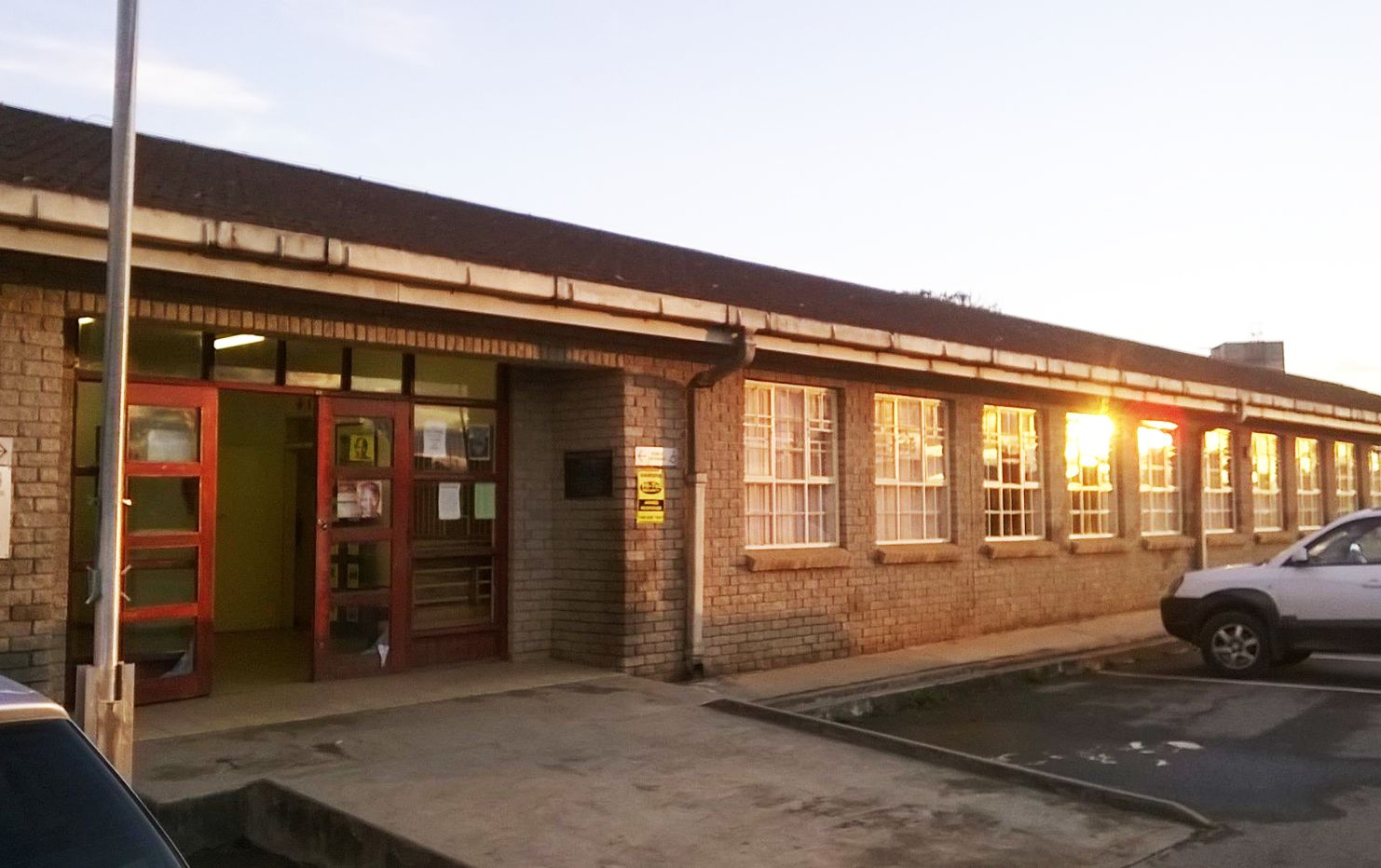 The 900 learners at the Nombulelo Secondary School will see new toilets within the next six months after the High Court in Makhanda (formerly Grahamstown) granted an order on Tuesday to repair and replace broken and unsafe ones.

A fire broke out in May 2013 damaging an entire block of toilets in the school. This left the toilets in the block dangerous to use, a situation that the Department of Education has not resolved for the last six years. The school is in a poor section of Makhanda and is solely reliant on government funding.

“The school has been trying everything in its power,” LRC attorney Cameron McConnachie told GroundUp. “It’s a sad commentary on the state of affairs when they have to litigate to get toilets fixed.”

The LRC stated in a press release: “Despite continuing, exhaustive efforts by the school to have it repaired by the Department of Education, it has to date not been repaired. What remains of the burnt toilet block is unsafe and a health and safety hazard. Portions of the roof continue to fall down and the first-floor concrete slab is at risk of imminent collapse. Learners who pass the building are exposed to danger daily.”

The Legal Resources Centre (LRC) represented the school governing body (SGB) in the case against MEC for Education Fundile David Gade, and the Superintendent-General for Education in the Eastern Cape.

The court ordered the MEC and Superintendent-General to “deliver a report within 30 days outlining how the toilets will be repaired, refurbished, or replaced; appoint a contactor to effect the improvements within 90 days, and ensure that the improvements are completed within six months.”

The chairperson of the Nombulelo SGB could not be reached for comment.

McConnachie said: “The real problem is the state of the toilets. They had other functioning toilets at the school in other blocks, but this block was dangerous. It would have also been acceptable to just demolish the block.”

The LRC statement said that it welcomes the judgment and the “affirmation of learners’ rights guaranteed by section 28 and 29 of the Constitution”. It further said: “This order is granted against the background of ongoing litigation and advocacy on the state of school sanitation in the country. Government officials in charge of providing education should take notice. If there is a failure to provide a safe and stable learning environment, those responsible may be held to account in court.”

Despite an email inquiry and multiple phone calls, the MEC of Education’s office could not be reached for comment. DM

Robotics good news, but learners must first be able to read