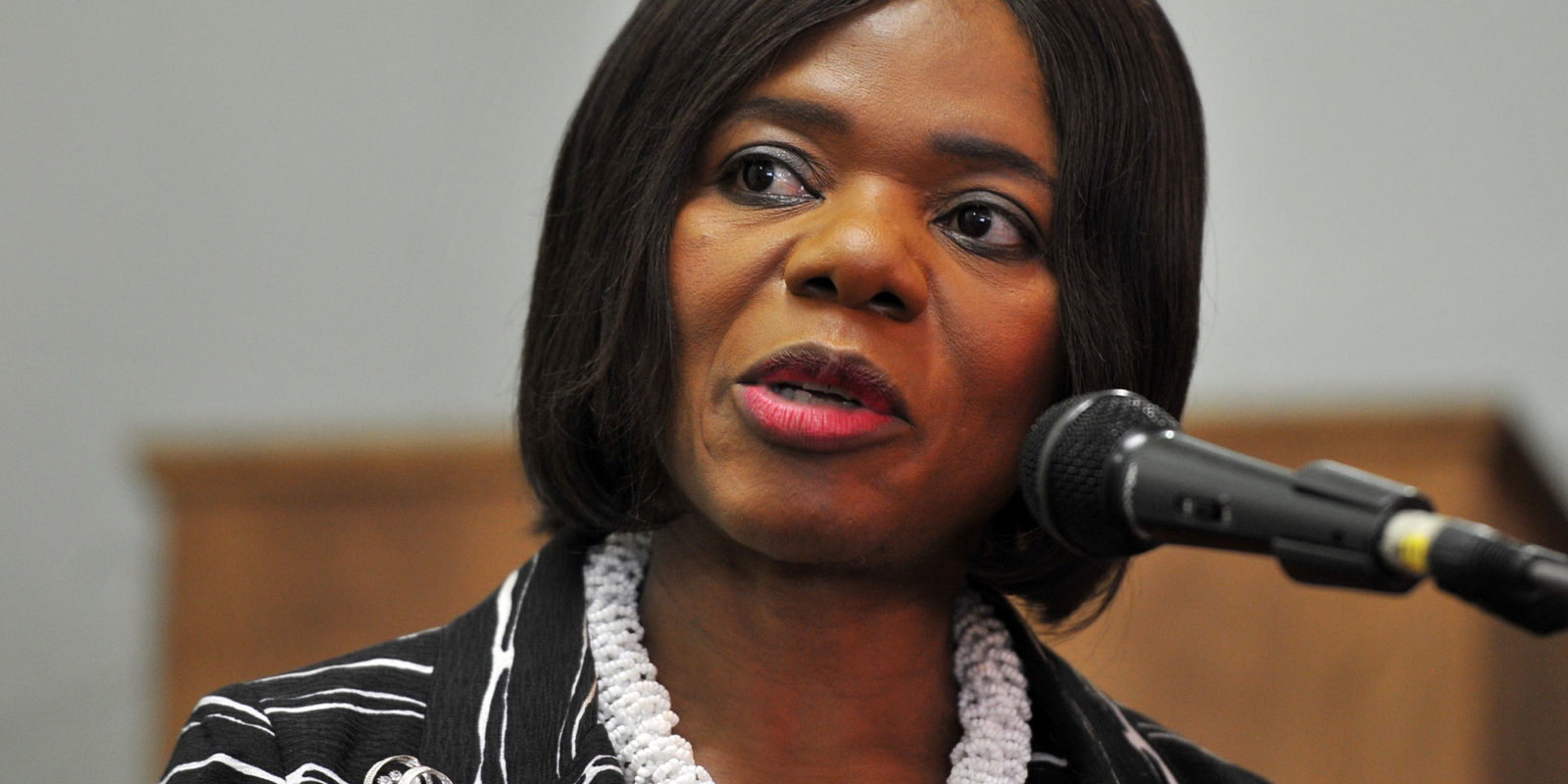 Administrative laws need to be amended with the Constitution, and not rationality, as a guiding principle. Rationality is best described as how judges make decisions and how those decisions are weighed and reasoned about within legal discourse. This was Professor Thuli Madonsela’s argument in her inaugural lecture at Stellenbosch University on Monday night.

Madonsela spoke of her own experiences as the public protector in trying to get these laws reviewed with their real-life consequences for ordinary people at the top of the agenda. In this lecture, she gave some ideas on how to practically do this.

After 28 months and three applications, Naomi Ngwenya was informed she did not qualify for funding from the National Empowerment Fund (NEF) for her small business. She was told that according to the broad-based Black Economic Empowerment Act she is not black and could therefore never get funding from them.

She was not born in South Africa, was not a South African descendent and had not received citizenship by naturalisation before 1994. She was from Zimbabwe and was naturalised to South Africa in 1999.

This criterion should have been noticed during the first application, says Professor Thuli Madonsela, who was the public protector at the time Ngwenya brought this complaint to their office door. Ngwenya would have saved time, money and heartache if proper processes had been followed, says Madonsela.

Madonsela’s report “Stringed Along” said the NEF “could have done better” in their handling of Ngwenya’s application. However, the report was set aside by the high court for being irrational and unreasonable.

“I want to ask you: is it irrational and unreasonable to say people in government who provide you services should tell you upfront that you are at the wrong door?” Madonsela asked the audience at her inaugural lecture into the Faculty of Law at Stellenbosch University.

“If you think we’re wrong, my predecessor told Sassa to do the same and it improved the applications for grants. They just had to do a checklist that when you come in on day one they don’t say today we want an ID, and then they want something else and you keep going up and down. We said have a checklist, put it in front of everyone’s desk and when they come ask for those things. That was all the NEF was supposed to do.”

Madonsela dedicated this milestone lecture to explaining her findings that when administrative laws are contested and judged in court, as in the case of Ngwenya, there tends to be a focus on rationality rather than furthering social justice through ubuntu and a balancing of rights as the Constitution requires.

She said this is not the face of post-apartheid administrative law review, but she had some ideas as to how they could do better.

“I believe the judiciary has truly acted admirably as the guardians of the Constitution. At times it has clutched us away from the brink of catastrophe,” she says. “However, the jurisprudence is not consistent and is at times indifferent to the circumstances of ordinary people which reinforces social and economic disparities.”

She said this gravitation towards rationality as a touchstone seems to pose a danger to administrative law reviews’ contribution to the advancement of social justice. Everyone is entitled to lawful, reasonable and fair interactions with administration, as set out in the Constitution:

1. Everyone has the right to administrative action that is lawful, reasonable and procedurally fair.


2. Everyone whose rights have been adversely affected by administrative action has the right to be given written reasons.

3. National legislation must be enacted to give effect to these rights, and must—

Madonsela used the case of S v Makwanyane as an example of judges using the principle of ubuntu and balancing of rights to review administrative laws in order to make sure they are aligned with South Africa’s mission for social justice as set out in the Constitution. This landmark case ruled that capital punishment is unconstitutional in South Africa as it violates the right to life and dignity.

She said their attitude was summed up in this passage she quoted from the judgment:

“The South African Constitution is different: it retains from the past only what is defensible and represents a decisive break from, and a ringing rejection of, that part of the past which is disgracefully racist, authoritarian, insular, and repressive and a vigorous identification of and commitment to a democratic, universalistic, caring and aspirationally egalitarian ethos, expressly articulated in the Constitution.”

Madonsela’s take on this case was that:

“We must not punish people based on what they’ve done, but on what our values are and what we want our values to be. The Constitution seeks to depart from who we were and create a new us, and therefore the courts in their decisions must be a teacher about these new values.”

She went on to argue that if there is a sense of ubuntu in every decision, then the human dignity of each person will be embraced.

“Therefore, in this sense, this individuation is valued within the greater context of the collective. In other cultures, they just call it the golden rule: do unto others as you would like to be done unto you”.

She spoke of how she saw this being turned into action. She recommended a review of administrative law judgments made in the past 25 years to assess what sort of impact they have had on the constitutional project.

She advocated for the establishment of an administrative court modelled on the equality court, which she was instrumental in creating, to place a special focus on administrative review and level the playing fields between the Goliath state and the everyday David.

She envisioned that an electronic resource system for administrative court judges could increase the speed and ease with which they shared information with one another. She hoped this would make decisions become more consistent.

She said she believed “everyday justice education” would go a long way in empowering citizens to know what administrative law is, what it can do for them and how to act on it.

In closing, she spoke of the power of justice to hold a society together.

“When justice fails, the fabric of society cannot hold. Courts have much potency to play their part, not only to hold society together, but in delivering a new society in which democracy works for all and no one is left behind.” MC