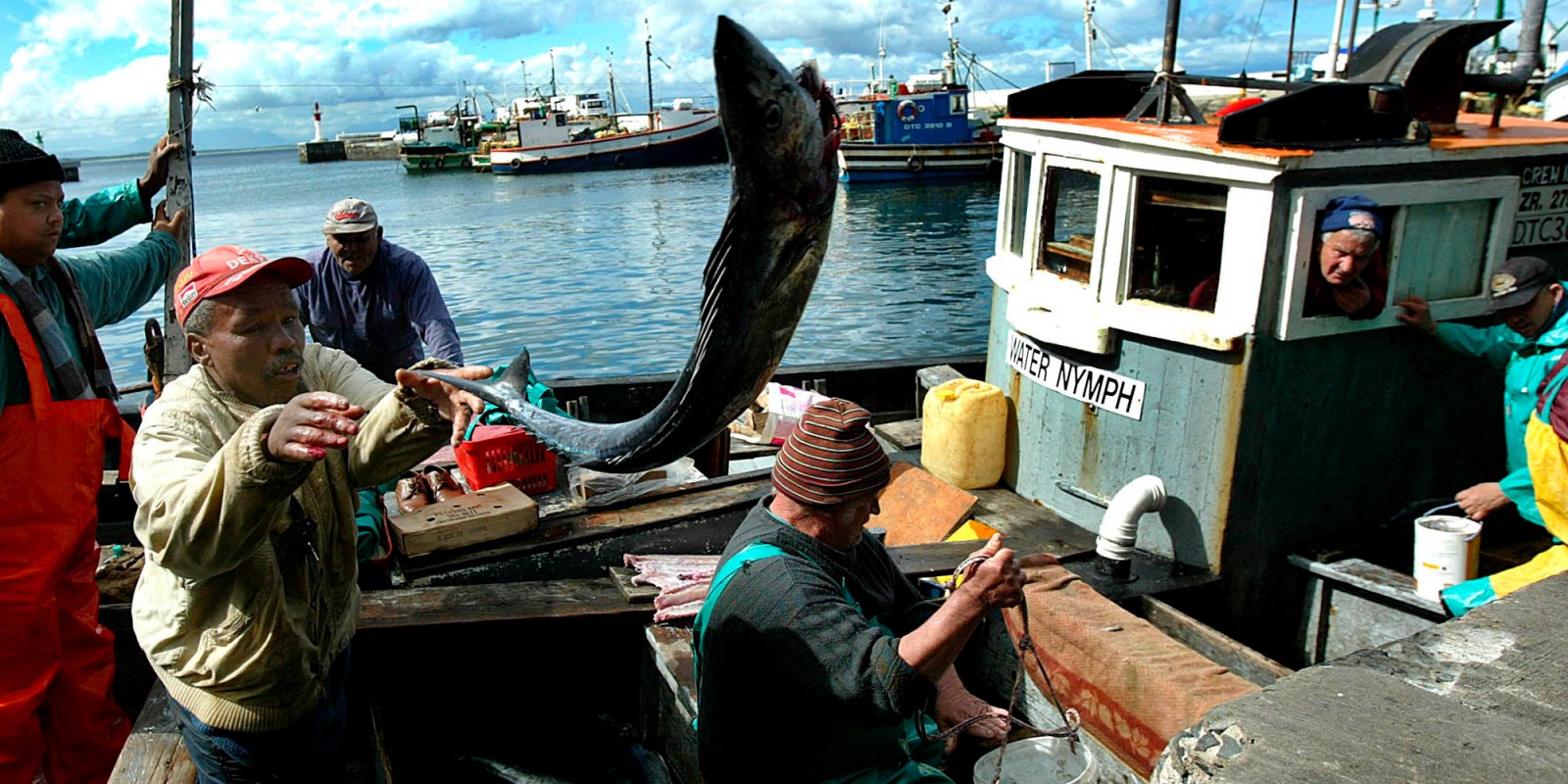 Fishermen throw their catch on to the quay at Kalk Bay harbour in Cape Town. (Photo: Nic Bothma / EPA)

The climate crisis is one of the major issues facing humanity in the 21st century. As greenhouse gas emissions cause planetary changes and rising temperatures, extreme weather events and climate shocks proliferate, including heatwaves, drought and flooding.

While many of these indiscriminately affect entire communities or regions, the consequences are not distributed uniformly in communities. Individual and social factors such as gender, age, education, ethnicity, geography and language lead to differential vulnerability and capacity to adapt to the effects of climate change.

The most vulnerable are typically poor people who live in the least developed countries that are prone to more than one type of weather disaster, i.e. floods, drought and storms as well as gradual environmental degradation such as sea-level rise or desertification.

Inequality is further evident when looking at responsibility for climate change. The climate crisis is one of neoliberal capitalism, a system which allows climate criminals to run rampant in a globalised world, pursuing profit at any cost, degrading the environment and spewing out increasing pollution and fossil fuels with no consequence. Large corporations which have been profiting from historical carbon extraction are not held responsible for their role in the climate crisis. The consequence is instead borne by those least responsible for climate change.

The global picture of climate inequality is also reflected at a national level.

In South Africa, vulnerability to climate change and variability is intrinsically linked with social and economic development. When looking at the farming sectors, farmers in the Western Cape will be confronted with high exposure to extreme events and climate change/variability; however, their adaptive capacity (particularly of commercial farmers) is high due to its greater wealth, infrastructure development and good access to resources.

According to researchers, in Limpopo, KwaZulu-Natal and Eastern Cape it will only take moderate climate changes to disrupt the livelihoods and well-being of the rural inhabitants, who are largely subsistence farmers. Thus climate change will increase the burden of those who are already poor and vulnerable.

The link between climate and food inequality

Alongside but linked to the climate crisis is a growing global food crisis. This is a systemic crisis built on a profit-driven, globalised and carbon-based food regime which contributes to greenhouse gas emissions, undermines the food needs of a billion hungry people, has contributed to widespread food inequality and has caught at least two billion people in a transition to diets that are based on cheap and fast food, resulting in obesity and a host of attendant diseases such as sugar diabetes and heart disease. These crises are set to get worse.

The 2018 Intergovernmental Panel on Climate Change (IPCC) special report is explicit in the trajectories that it maps out. A planet heating at 1.5°C and increasing to 2°C will experience major stresses, risks and even the collapse of most food sources. Climate shocks will exacerbate inequalities, particularly food inequality.

This has been evident in South Africa’s recent El Niño-induced drought which affected the national economy, led to increased unemployment and rising food prices. In particular, it was the low-income houses which were hardest hit by this climate/food shock as staple food prices increased by 25% between September 2015 and September 2016, while maize alone increased by 32% year on year.

In response to the multiple crises facing societies, including climate and food inequality, there has been a surge in alternatives.

One notable movement of resistance originating from Latin America, and now an international peasant organisation, is La Via Campesina (The way of the peasants). Via Campesina promotes food sovereignty and defends small-scale farmers and agroecology. The organisation is made up of more than 200 million family farmers, peasants, landless people, rural workers, indigenous people, rural youth and rural women. In 1996 they declared the need for an alternative to food security approaches to end hunger.

Food sovereignty is this alternative. It affirms the importance of a political economy critique of current approaches to food systems; it highlights the importance of transformative alternatives that are controlled by small-scale producers and consumers to ensure healthy and culturally appropriate food, such as agroecology (a farming practice that works with nature to feed people and cool the planet); and it is about aggregating power from below to build movements.

The SAFSC epitomises a new mode of politics that is beyond reform (managing the system) or revolution (violently destroying the system). It represents an attempt to build a new popular imagination, activist capacity and actual pathways for an alternative: a food sovereignty system. This is fundamentally about systemic change led from below by small-scale food producers, consumers and citizens.

In the South African context, food sovereignty has been about:

These pathways are about laying the basis for a food sovereignty system that tackles food inequality at its roots and deepen the just transition (beyond just an energy transition, also a transition to more just food, water, transport and social systems) to sustain life in a climate-driven world.

There are many challenges to overcome on this journey, such as a lack of political will, partly as a result of the capture of the South African post-apartheid state by corporate interests including agrarian capital. Another challenge is to widen, deepen and strengthen local food sovereignty pathways in communities, villages, towns and cities. But the food sovereignty alternative is without a doubt necessary for a climate-driven world and South Africa.

A Climate Justice Charter process which is currently being led by the Co-operative and Policy Alternative Centre (COPAC) and SAFSC is going to be crucial to shift relations of force and power towards food sovereignty. It will place food sovereignty centrally into narratives and discourses to advance the deep just transition. MC

Jane Cherry is the executive manager at the Co-operative and Policy Alternative Centre. Her Master’s research focused on food sovereignty in South Africa. Through COPAC, Jane has been involved in the South African Food Sovereignty Campaign, the Wits Food Sovereignty Centre, the Climate Justice Charter process and has co-developed various campaigning tools.

Vishwas Satgar is an Associate Professor of International Relations and principal investigator for Emancipatory Futures Studies at Wits University. He edits the Democratic Marxism series, Chairs the board of the Co-operative and Policy Alternative Centre and is a co-founder of the South African Food Sovereignty Campaign and the Climate Justice Charter process.