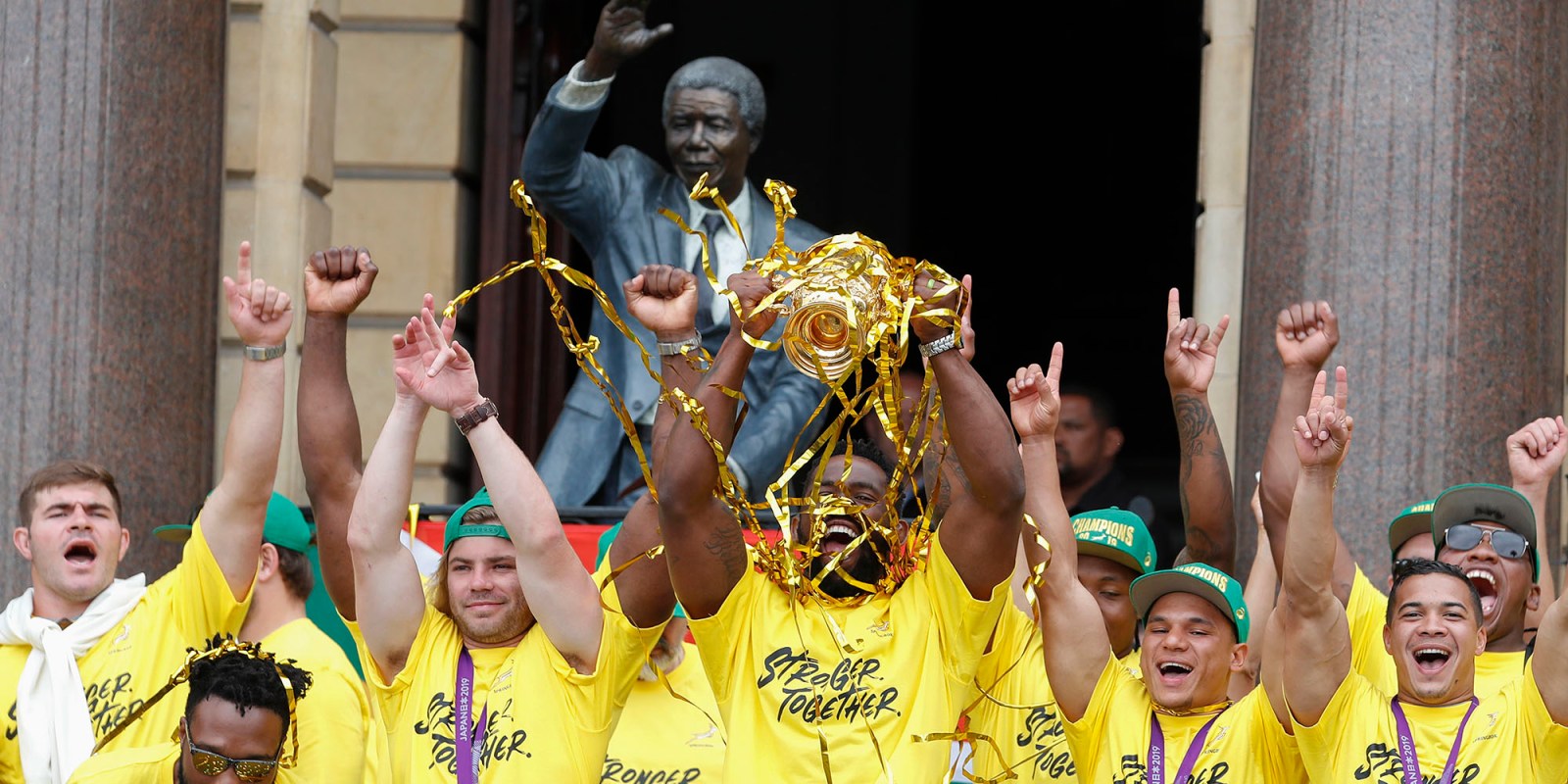 To the cynics, the naysayers, the realists, the non-dreamers, this is the time to stop reading. For the dreamers, the optimists, the believers, the sports nuts, keep reading. November 11, 2019 will go down in history as the day the Cape Town wave replaced the Mexican wave.

A Springbok rugby team brought the Mother City to a standstill on Monday as wave after wave of people – in their hundreds of thousands – lined the highways and byways of the route taken by the Springbok Trophy Tour bus. The throngs of well-wishers blocked intersections and ran alongside the bus as the never-ending crowds cheered their heroes, many weeping as the parade passed.

Toddlers hardly able to stand on their own two feet, gogos leaning on crutches, people in wheelchairs, people on rooftops, shacktops, office balconies, in trees, up poles, on top of signage boards, on car rooftops turned out in their glory. They chanted “Siya”, they chanted “Cheslin”, they chanted “Mapimpi”, they chanted “Eben”… they begged Faf to marry them, they blew kisses at Damian, they sang, they danced, they waved their flags and made a noise.

Captain Siya Kolisi set the tone for the day when he greeted the crowd with “Aweh Ma-se-kind”. (A uniquely Cape Town greeting.)

Setting off in the shadows of Madiba’s statue on the City Hall balcony with an energised Archbishop Desmond Tutu in a Springbok jersey and a beaming Leah Tutu sending them off, Kolisi and his men (and wives and partners and children) took a “Kaapse Draai” from a heaving Cape Town city centre to Langa, Elsies River, Delft, Uitsig, Belville, Mitchells Plain, Ravensmead, Epping, Athlone, Bonteheuwel and beyond. Kolisi never seemed to tire, lifting the Webb Ellis trophy over and over again during the hours they were on the road. Not even the one bus breaking down on the N2, carrying mostly support stuff, could dampen spirits.

The thousands who turned out literally lined the N2 highway, stopping next to the road as the bus passed. In other parts, drivers simply abandoned their vehicles in the gridlock. Tsunamis of people thronged the streets. It was a sight that will no doubt stay with the team forever.

In Langa, schoolchildren ran for kilometres next to the Bok bus, waiting for it to stop before removing their school shirts and throwing them up to the players to sign.

Twenty weeks after gathering for what many believed was an impossible mission of winning Rugby World Cup 2019, the team did the final mile of the trophy tour after starting in Johannesburg and going via Durban, East London and Port Elizabeth.

Coach Rassie Erasmus was missing in action, but many, many fans were seen holding posters simply saying: “Thank you Coach Rassie”.

As the team turned into their city centre hotel, with dusk starting to settle, the cheers of “Siya, Siya, Siya!” were still echoing in the streets. Siyabonga Bokke, Siyabonga South Africa (Thank you Bokke, thank you South Africa). Siyamthanda Bokke (We love you Bokke). MC