The Week Ahead: Executive Scrutiny, Debates and Legislation 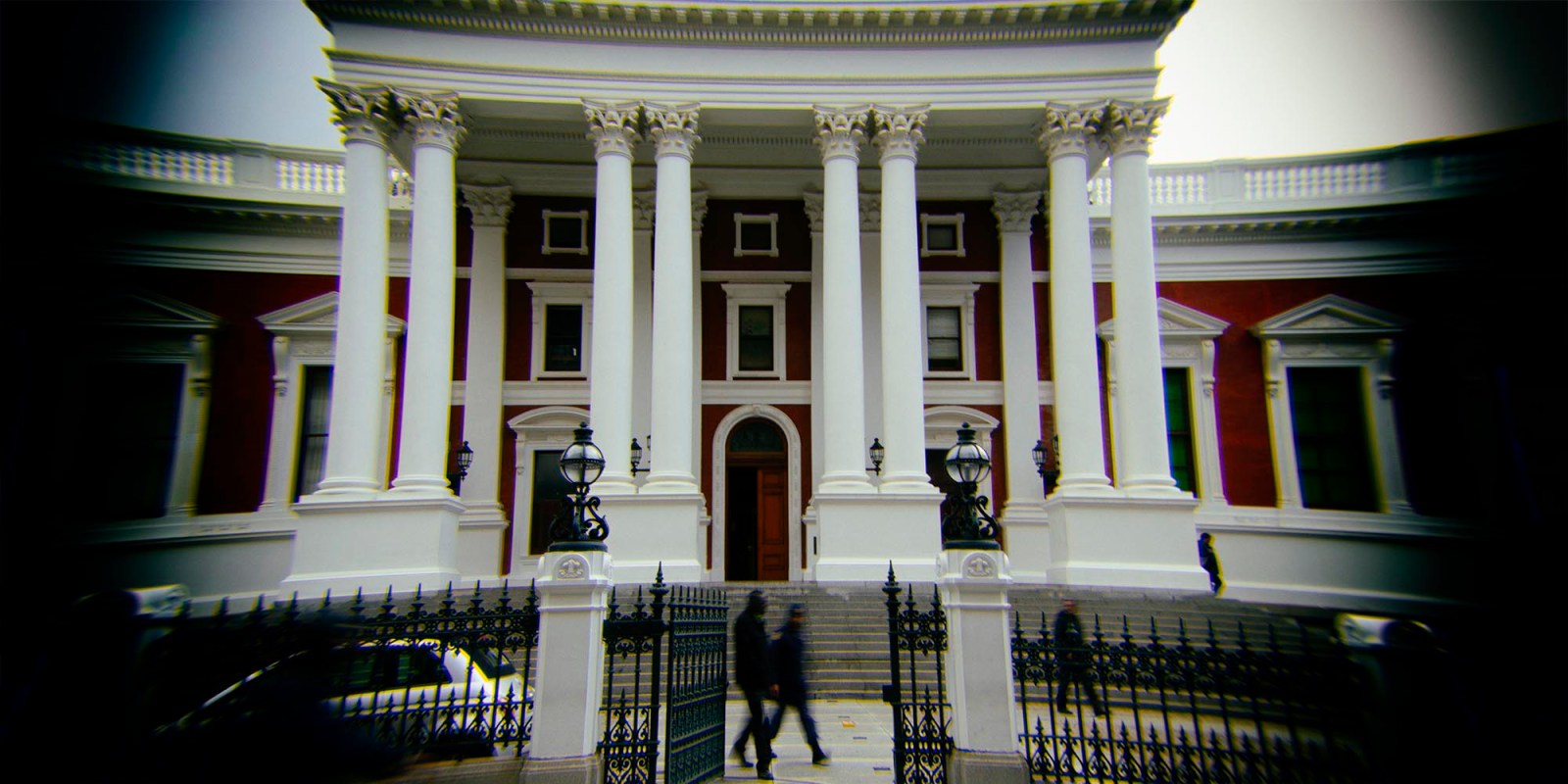 There are four weeks left until Parliament rises for the year. In the remaining days, lawmakers are scheduled to vote on several Bills, approve government spending, scrutinise government performance, consider statutory appointments and instruments and finalise assorted Committee Reports.

Usually the parliamentary precinct is a quiet environment on a Monday as MPs are in their constituencies. Things were different on Monday as Members and Presiding Officers welcome the Rugby World Cup winning Springboks on the stairs of the National Assembly – the national team are on the last leg of their World Cup Trophy Tour which ends in Cape Town.

Tuesday’s NA plenary sitting will run well into the evening even though the agenda is fairly routine and dotted with usual items like Members’ Statements, Motions without Notice and Notices of Motion. A scheduled tribute to the Springboks Rugby Team and a condolence motion – sponsored by the leader of the EFF – for the late former Zimbabwean President, Robert Mugabe, will generate some interest.

Select Ministers in the Peace and Security Cluster will answer questions in the National Assembly on Wednesday. This will be followed by the consideration of the Standing Committee on Finance’s Report on the Revised Fiscal Framework and Revenue Proposals and a debate on “South Africa’s deepening water crisis – challenges and resolutions for a water-scare country” (Mr X Ngwezi, IFP). South Africa faces a serious multi-year drought that has seen cities impose emergency measures, including rationing, to save dwindling water supplies.

There are two mini-plenaries scheduled for Thursday. According to the rules, any matter may be discussed or debated in a mini-plenary session. The same rules also allow MPs to propose a subject for discussion – this mechanism provides an opportunity for the House to debate a particular topic without being required to take a decision at the end of the debate. Dr P Groenewald (FF Plus) has placed for discussion the “escalation of violent crimes in South Africa and the government’s responsibility to protect citizens’ lives and their property” while Rev K Meshoe (ACDP) has placed for discussion “combating increasing levels of violence, drugs and sexual abuse in schools”.

Over in the NCOP, three days have also been set aside for plenary sittings. On Tuesday, there will be questions to the Economics Cluster. The relevant Ministers will be probed on the role of National Treasury in dealing with financial misconduct in local government, funding for the National Health Insurance, revitalising government-owned industrial parks in the townships, freight transportation, SA Airways nuclear power stations, findings of the Eskom Technical Review Team, support and promotion of small businesses in the townships and rural communities and how far the process is of investigating and charging those involved in corruption and state capture.

On Wednesday, the main chamber will consider the Report of the Select Committee on Finance on the Revised Fiscal Framework and Revenue Proposals and the following day it will be a mixture of motions, legislation and reports.

Away from Plein Street, the Portfolio Committee on Health will embark on the third leg of public hearings on the NHI Bill in Limpopo. This will take place over four days and follows hearings in the Northern Cape and Mpumalanga.

Committees have not lost steam as they power through to towards the end of the year. Here is a run down of the highlights:

On Tuesday and Wednesday, the Portfolio Committee on Justice and Correctional Services holds interviews for the post of Deputy Public Protector. Three weeks ago, the Committee shortlisted eight candidates out of 19 applications/nominations. The post must be filled by December 2019.

The Select Committee on Security and Justice has been busy this term considering a number of pieces of legislation – on Tuesday and Wednesday, it holds public hearings on the Cybercrimes Bill. The Bill was revived by the NCOP last month.

The Portfolio Committee on Human Settlements, Water and Sanitation will be briefed on the turnaround strategy to deal with poor financial and non-financial performance and the War on Leaks project.

As we hurtle towards the 2021 local government elections, the Department of Home Affairs will be briefed by the Municipal Demarcation Board on the delimitation of municipal wards in preparation for the elections. Read more here.

Also on Tuesday, the Portfolio Committee on Minerals and Energy will be briefed on the Basic Fuel Price. Last week the Department of Energy published the official petrol price changes for November 2019 with decreases across the board.

On Wednesday, SCOPA will get an update on the non-tabling of the Annual Reports of SAA and the Department of Water and Sanitation.

The Portfolio Committee on Social Development will receive an introductory briefing on the Social Assistance Amendment Bill. Amongst other things, the Bill intends to empower the Minister, with the concurrence of the Minister of Finance, to make additional amounts available to social grants and to provide for social relief of distress in the event of a disaster.

The performance of state-owned companies will be in the spotlight when the Department of Public Enterprises gives legislators an update on recent developments as well as their medium term financial and operational performance.

On Thursday, the Joint Standing Committee on the Financial Management of Parliament will be briefed on the institutions’ performance in the first half of the current financial year.