The Beast will always be remembered as a tormentor of Englishmen 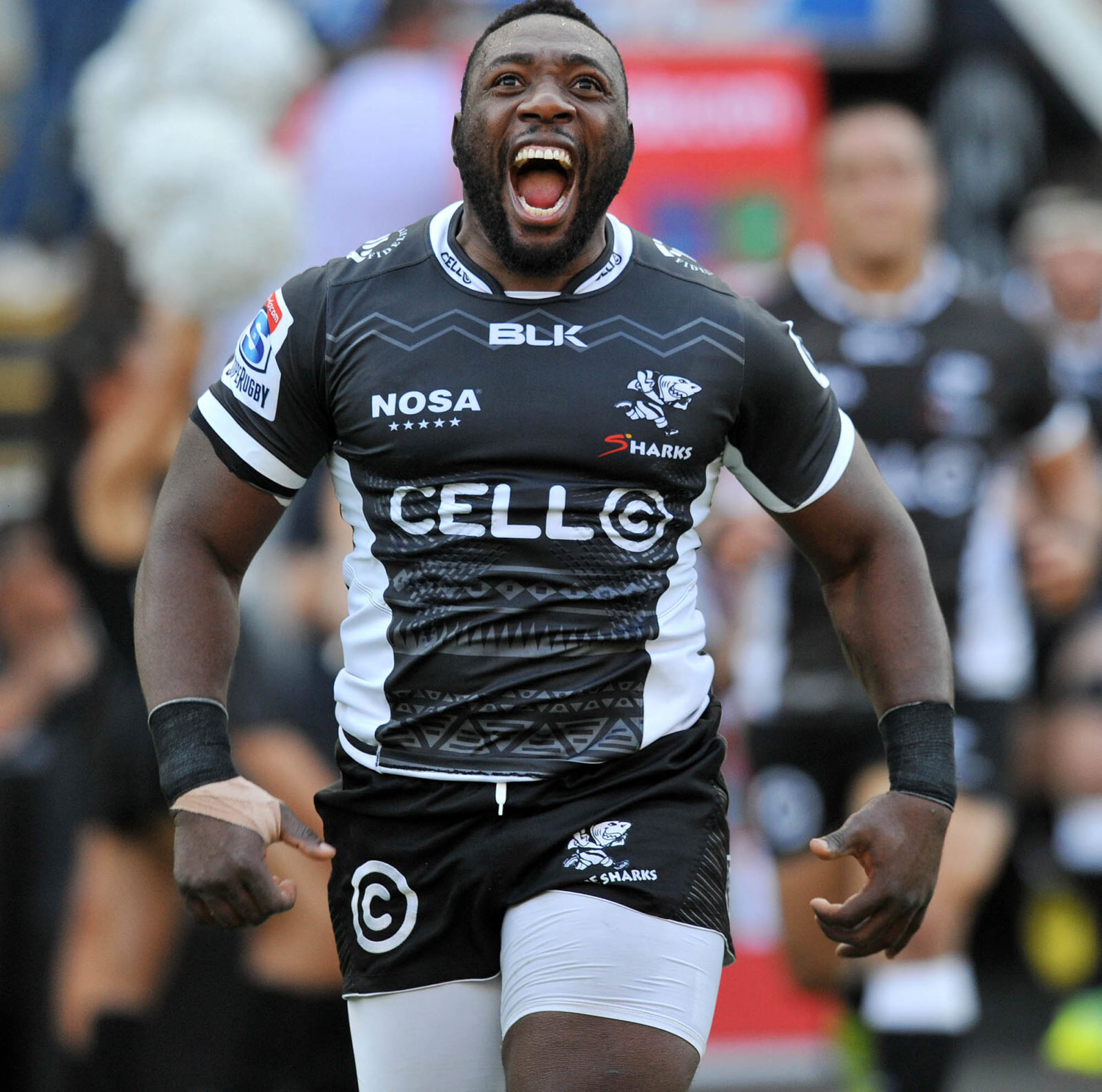 Tendai Mtawarira of the Sharks celebrates during the 2016 Super Rugby match between Sharks and Crusaders at Kings Park Stadium in Durban, South Africa, 26 March 2016. EPA/MUZI NTOMBELA

While most of the rugby world expressed sadness that Tendai ‘the Beast’ Mtawarira called time on his international career this week, a generation of England tighthead props probably don’t share the same wistful feelings.

The Beast ruined England tighthead Phil Vickery’s international career on a sunny June Durban afternoon in 2009, scrumming the West Country hard man all over King’s Park. That was the first Test of the 2009 series against the British & Irish Lions and by winning four first-half scrum penalties, the Boks were on their way to winning the Test and eventually the series.

Fast forward a decade and it was Mtawarira’s emasculation of the England tighthead Dan Cole that led to another four first-half scrum penalties – out of six in total – as the Boks eviscerated England’s pack on their way to a third world title.

Last Saturday, Cole’s storied Test career in all likelihood ended in a crumpled heap after he ran into a fired-up Mtawarira in Yokohama. The Beast mauled Cole, a third-minute replacement for Kyle Sinckler, so badly, it’s a wonder referee Jerome Garces didn’t call for uncontested scrums on compassionate grounds.

Vickery and Cole will always be synonymous with the Beast, and not in a good way if you’re English. But the reality is that they weren’t the only two tightheads to suffer the Beast, but they were the two most high-profile casualties.

“Smitty (former Bok skipper John Smit) always used to say that if only we could get Beast really angry more often, no one would be able to cope with him,” Gary Gold told Daily Maverick.

“Cole played in his 95th Test match in Yokohama last week, and I don’t know if he has ever been given such a hiding in his life.

“There haven’t been two better single performances by a loosehead in Test rugby than those Beast produced in the 2009 Durban Test and last week in Yokohama. He absolutely took the torch from Os du Randt in the Springbok team and carried it proudly for more than a decade.”

Well-channelled anger might be part of the game, but Mtawarira’s success, which featured 13 years at provincial level and 11 years as a Test player, came not from raw emotion, but technique, skill, hard work and talent.

He arrived at the Sharks from Zimbabwe as a misty-eyed teenager with dreams of playing first-class rugby. He had few possessions and even less backing from his family. His father didn’t want him to pursue a career in rugby, wanting his son to follow a less risky profession.

In primary school in Harare, Mtawarira didn’t know or care for rugby, but as he grew older, the game resonated with him, which ultimately drove him to pursue a career in the sport.

“All I thought about was being a Springbok,” Mtawarira told the media at Rugby World Cup 2019, in the days leading up to the final last Saturday.

“It was all I dreamed of. My dad thought I was making the wrong move. He told me that if I went down to South Africa I would be facing giants who were probably going to crush me. He didn’t really believe in my ability, so I saw it as a challenge. I told myself: ‘I’m going to prove you wrong.’ ”

Dick Muir, who coached the Sharks to the Super Rugby final in 2007, remembers a humble young man arriving in Durban in 2006.

“I saw him in the Academy and witnessed the incredible natural power he had,” Muir told Daily Maverick.

“Obviously asking him to change his position, even at that young age, was a big step. But Beast accepted it at face value, although it took a few days for him to be convinced that it was the right move.

“I also increased his contract term and its value to help with ‘motivation’ by backing up my belief in him as a coach. Once he fully bought into the plan, his transition to prop was very quick. It took two months before he played his first Currie Cup game in the front row.

“Balie Swart (the former Springbok prop and 1995 World Cup winner) did a lot of work with Beast and really helped with his transition, as did coach Theo Oosthuizen. The improvements came a lot quicker than any of us anticipated, which is testament to Beast’s hard work, too.

Mtawarira went on to play 159 Super Rugby games for the Sharks and 117 Tests for the Springboks, winning three Currie Cups, two Rugby Championships, a British & Irish Lions series and the World Cup in an illustrious career.

Gold was the Springbok forward’s coach when Mtawarira made his Test debut against Wales in June 2008. It was a remarkable achievement considering his transition from under-21 flank to Test front rower started a mere two years earlier.

“With the Boks we were excited by his strength but also his technique,” Gold said. “He is such a gifted athlete, but then to see his exceptional scrumming technique, was like a double whammy of good news for us coaches. We couldn’t believe a guy, who was so genetically gifted, was also technically so solid.”

When Gold later coached the Sharks in 2015-2016 he appointed Mtawarira as captain of the franchise and even though the team struggled, Mtawarira played a vital role in those difficult transitional years.

“I realised what a role model is during my time at the Sharks,” Gold said. “In an odd way, perhaps one of his greatest strengths, which is being a wonderful and warm person, is also one of his biggest weaknesses as a player. He was just too nice sometimes.

“But Beast was a leader by deeds. He’s not a big talker and he didn’t waffle. But when he spoke, he made sense and players listened.

“We were going through a rough time after losing a lot of senior players in the post-Jake White era, and Beast did an exceptional job in trying circumstances.

“I just feel, watching all the wonderful celebrations going on around the country right now after last weekend’s RWC 2019 win, that maybe the Beast hasn’t got the accolades he fully deserves.

“Siya Kolisi and others are rightly getting plaudits, but Beast is one guy that made a huge difference, not only as a player, but as a leader.

This week, Beast called time on his Test career, but he will play one more match for the Barbarians at Twickenham later in 2019. And he might yet play on at a lower level, but he will never wear the green and gold again.

“I have had a fairytale ending to my playing career in South Africa and could not have asked for anything more as a player,” Mtawarira said.

“I haven’t ruled out the possibility of playing overseas (in 2020), but at this stage I want to absorb everything that’s going on right now and make a final decision at the end of November after the Barbarians game.”

The sound of “Beeeeaaaaast” rolling and reverberating from stands around stadiums of the world has become a part of rugby’s fabric over the past 13 years. Even when that sound dies down though, and no matter what happens and who comes along in future, there will never be another like him. DM

Testimony details a litany of abuse, torture and the K-word

Enoch Mgijima Municipality to fight residents’ application to have it dissolved