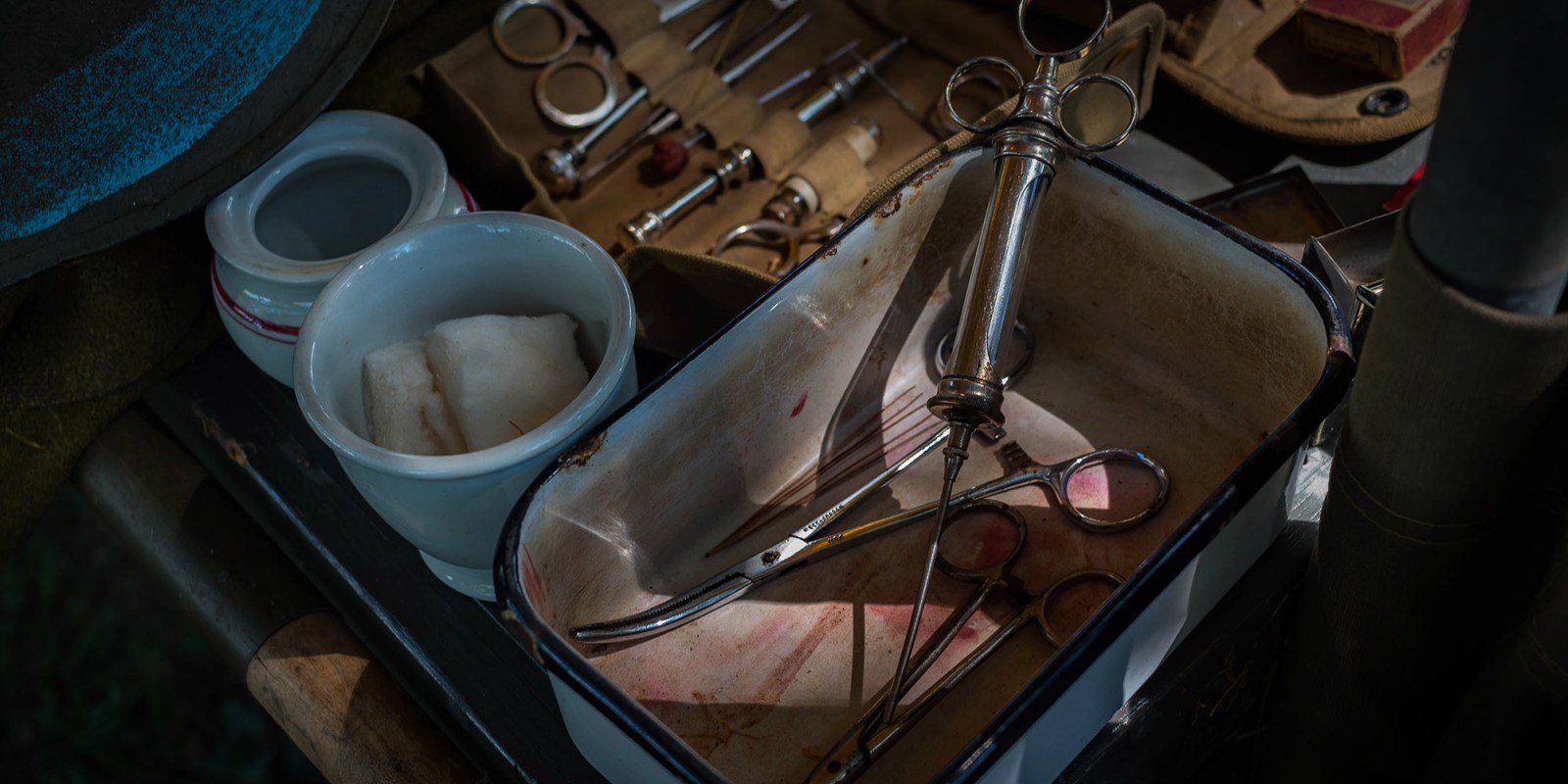 A year after a violent strike, there is no end in sight to the management crisis at Livingstone Hosptial in Port Elizabeth. (Photo: Wendy Scofield / Unsplash)

The DA has asked the minister of health to intervene so that normal daily hospital activities and operations can resume at a major Eastern Cape hospital.

It has been a year since the entire management team of Livingstone Hospital, one of the big tertiary hospitals in the Eastern Cape and based in Port Elizabeth, was placed on precautionary suspension following a violent strike by organised labour at the hospital – and there is still no end in sight to the facilities’ management crisis.

This followed disciplinary action being taken for theft against 127 people, ranging from nurses to general workers, at the facility.

At the time, the threats of violence against the CEO, Thulane Madonsela, who was headhunted by the department for the position, and the director of clinical services, Dr Mojalefa Maseloa, a highly regarded HIV/Aids specialist and clinician, were so high that they had to be escorted from the premises.

The following day the rest of the management team including the nursing manager, human resources director, head of IT, finance director and director of soft services including catering, cleaning, landscaping, parking, pest control and security were placed on leave and then suspended.

The department of health’s disciplinary code states that hearings must be finalised within three months, but this has not happened. Instead, the hospital has had a series of acting CEOs, none of whom stayed longer than a few months.

Doctors, speaking on condition of anonymity, said they fear for their patients as the lack of consistent management at the facility is taking its toll. Since the beginning of October, all surgery at the hospital’s six theatres was cancelled on several occasions because no disposable gowns had been ordered.

After not commenting on the issue for three days, Eastern Cape Department of Health spokesman Sizwe Kupelo said on Thursday that gowns had been delivered to the hospital. Kupelo confirmed that another CEO was appointed last week after the department’s troubleshooter Dr Luvuyo Bayeni was moved to another position in Bhisho.

Dr Khanyisa Makamba, the head of the Department of Urology at the hospital, has been appointed as the new acting CEO from next week.

“Our view is that the allegations of corruption against the employees were of a serious nature and warranted the harsh action of precautionary suspension,” Kupelo said.

“The forensic investigation showed that there was sufficient evidence to charge those who were implicated. The disciplinary process is prescribed in the disciplinary code and it has to be procedurally fair even when the substantive issues are extremely concerning.”

Kupelo said he could not say when the matter will be resolved.

In February, commissioner Clarence Randall from the Public Health and Social Development Bargaining Council ordered that the management team be reinstated. He also ordered that R3.65-million be paid to them as damages for the “continuing unfairness” and damage to their reputations that they were suffering. At the time, the department indicated it would take the ruling on review.

Randall, in his judgment, described the management team’s suspension as “punitive rather than precautionary”. At the time of the hearing, the department refused to share any details on the investigation.

At the same time, Dr Roger Walsh, former CEO of Fort England Psychiatric Hospital, went to court after he was removed from his position following similar strike action at his hospital.

In February, the Labour Court ruled against Walsh, but in his judgment Judge Andre van Niekerk wrote: “Employment policy appears to have been dictated by the unions,” referring to the current situation at the Eastern Cape Department of Health. Apart from Walsh, the CEOs at Dora Nginza Hospital and the Elizabeth Donkin psychiatric hospital were also removed after they fell out with labour unions.

“I have written to the minister of health to request his intervention and to request that capable managers are deployed at Livingstone Hospital so that normal daily hospital activities and operations can resume,” the Democratic Alliance’s spokesperson for health in the Eastern Cape, Jane Cowley, said.

“The department is clearly incapable of resolving the issue at provincial level.” MC