A question of scales: how to protect the African pangolin 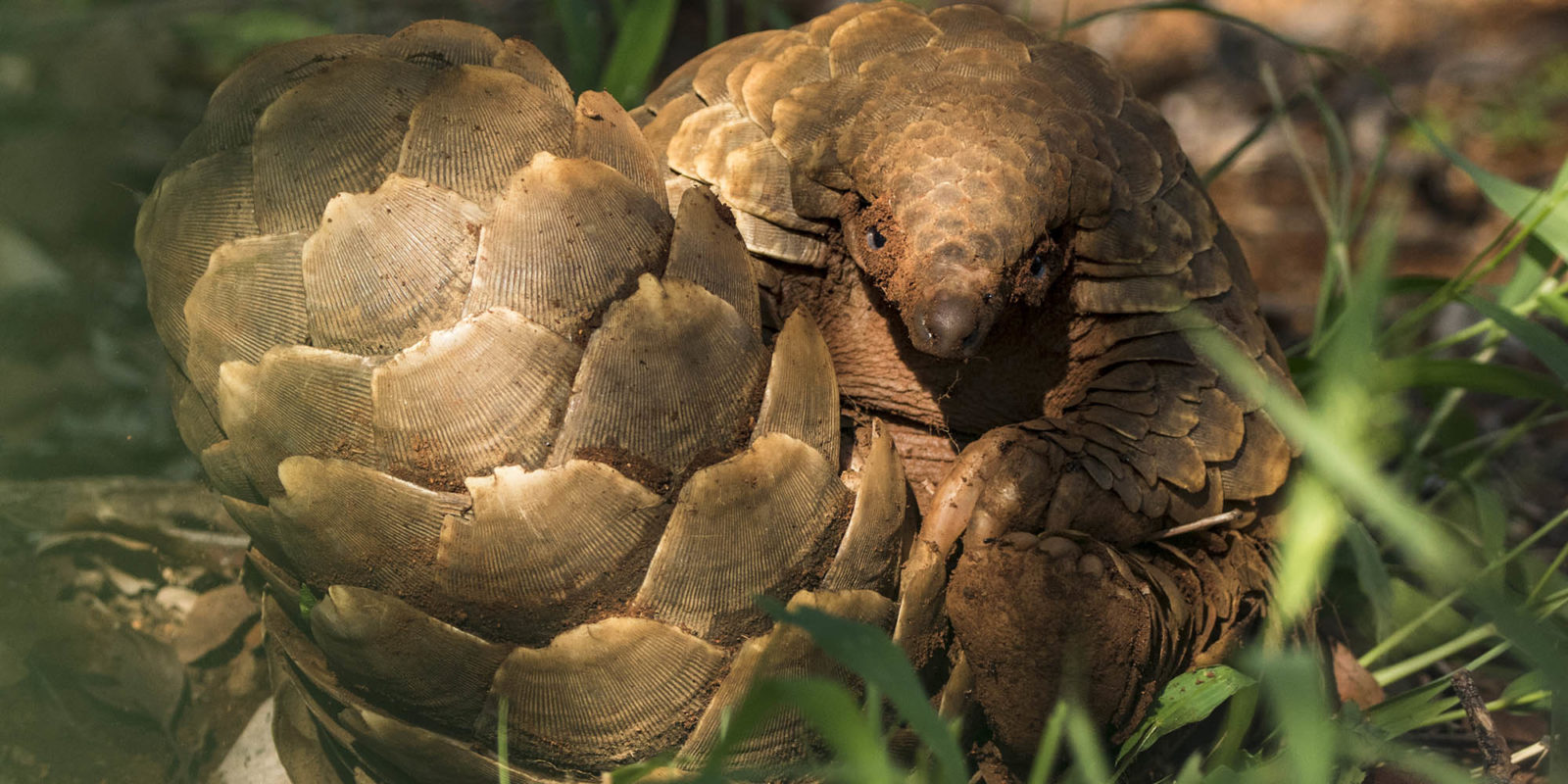 A policy document has been released that assesses gaps in the strategies and policies used to protect the most trafficked mammal in the world — the pangolin.

“A question of scales”, a report compiled by Richard Chelin for ENACT (Enhancing Africa’s response to transnational organised crime), emphasises the need for urgent action to protect the animal known as the scaly anteater.

Pangolins are the most trafficked mammal in the world. Markets in Asia have a voracious appetite for the solitary creatures and after decimating the Asian population, African numbers are decreasing at alarming rates.

On the African continent, pangolins are primarily consumed as bush meat, or used in traditional medicines, but in the past few years the number of animals leaving the country has skyrocketed. They are sold alive as delicacies or killed for their scales. Pangolin scales are used to treat a number of illnesses in both Asia and Africa, and this year alone almost 70,000kg of scales have left the continent.

Presenting his policy document at the Institute of Security Studies in Pretoria on Wednesday 6 November 2019, Chelin argued that the illegal trade in pangolins, both living animals and animal body parts, should no longer be perceived as purely an environmental problem. Rather, ENACT believes the trade in pangolins should be considered a significant form of transnational organised crime.

According to the brief, “each pangolin that is trafficked across a border compromises the integrity of law enforcement and border agencies”.

In southern Africa, there is a large amount of cross-border trafficking and trading of poached animals, particularly between Zimbabwe and South Africa. Both countries have strict laws on pangolin poaching. However, Zimbabwean poachers trying to sell the animal in their home country would often receive harsh sentences if caught, whereas South African pangolin poaching cases rarely resulted in punitive sentencing.

This is slowly changing. In September 2019 32-year-old Vincent Nyathi received the harshest sentence to date for pangolin poaching. Nyathi will spend the next eight years behind bars after he was found in possession of a live pangolin in 2018.

Under the National Environmental Management: Biodiversity Act (NEMBA), Nyathi could have spent 10 years in prison, paid a fine of R10-million or done the time and paid the fine.

The problems lie not with the policies, but with the implementation of policies such as NEMBA, according to Fanie Masango, a speaker at Wednesday’s policy brief launch. Masango is one of seven Environmental Management Inspectors, also known as green scorpions, working in Gauteng. In terms of South African policy, Masango believes the country is on the right track.

“NEMBA is watertight and airtight when it comes to the protection of pangolins. The penalties are clear; the only problem is the application of the act. We need to give people the maximum sentences, to give people the 10 years, not just a few thousand rand fine. That would send a harsh message,” Masango told Daily Maverick.

Masango also spoke on issues around legal grey areas. Talking to Daily Maverick, the green scorpion stated that the vast majority of his pangolin- related cases involved immigrants, and primarily immigrants without documentation. Masango has had incidents in which he tracks poachers and arrests them, only for them to make bail and skip the country.

Masango wants to see these issues tightened up because at the moment, “the poachers are laughing at us”.

“A question of scales” calls for the creation and implementation of a strategy aimed specifically at protecting pangolins, to ensure the animals are not trafficked within South Africa and across the border.

Professor Ray Jansen of the African Pangolin Working Group (APWG), is doing just that. For the past five years, Jansen and his small team have been working hard to get all the relevant roleplayers on board to help conserve and protect the critically endangered mammal.

Parliament is in the last stage of signing a standard operating procedure for pangolin recovery, developed by the African Pangolin Working Group. It will be the first official document to focus solely on pangolin protection.

“Now, as soon as I retrieve a pangolin from the trade, the very first thing I do when it’s still in my arms is I phone the government,” Jansen told Daily Maverick.

The National Prosecuting Authority, the SAPS and the Department of Environmental Affairs all work together to create a single docket after Jansen and the African Pangolin Working Group pull an animal out of the illegal wildlife trade.

But despite the improvements in communication between branches of government, there are still issues. At the release of the 2018/19 crime statistics in September 2019, the last few slides mentioned environmental crimes. According to Jansen, the statistics on pangolin poaching were far from correct.

In 2019 alone the group has rescued 29 pangolins, 10 of which were removed from the illicit trade in rural Limpopo in the past five weeks. In comparison, Masango only dealt with one pangolin-related case in 2015. In the subsequent four years, the number of pangolin cases he has been called to assist on has significantly increased.

Although he has the authority to arrest people for committing environmental crimes, Masango does not have a blue light, nor is he permitted to carry a firearm. So while the law is on his side, it can be difficult for him to enact the law.

This is not just the case for Masango. As a continent, the African Strategy on Combating Illegal Exploitation and Illegal Trade in Wild Fauna and Flora in Africa was adopted in 2014. According to Chilen, little progress has been made to implement the strategy. One of its core aspects involved the development of databases and monitoring systems on the trade of illegal fauna and flora, but no tools have been developed.

As Masango said, the policies are not the primary problem. Rather, it is the lack of education on the policies and dismal implementation that is killing African pangolin. DM