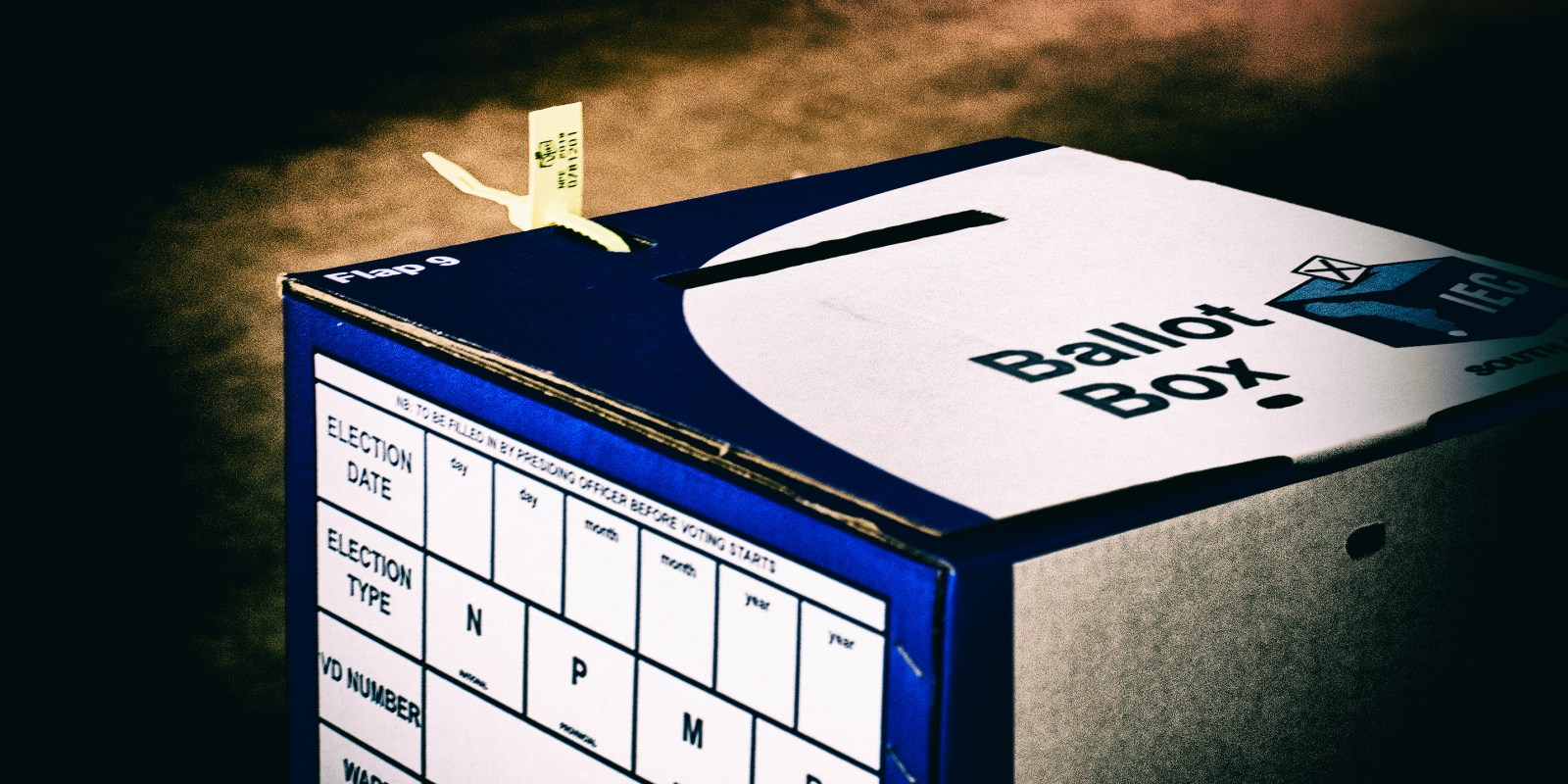 There were seven by-elections contested on 6 November. The Democratic Alliance defended two marginal seats, while the African National Congress ran up the numbers in the two seats they were defending in the Eastern Cape, but had a tough time in two of the three seats they defended in KwaZulu-Natal.

The DA was able to hold Ward 2, and while they largely blunted their losses, the ANC was more effective in getting those who voted for them in 2016 out to the polls. The turnout in Somerset East in the by-election was considerably lower than 2016, while turnout in Aeroville was only slightly lower in the by-election compared to 2016.

Considering what the DA has been through over the last few weeks and months they will be more than satisfied with this win, but they will know that in order to hold this ward in 2021, they will need to get the voters in the Somerset East voting district enthusiastic about voting again.

There was a by-election in this municipality in the last round of by-elections. This is an area where support for the ANC remains resolute, and no party comes close to it. The last by-election was in the town of Mount Ayliff. This one is in a more rural, sparsely populated part of the municipality. Ward 22 is west and northwest of Mt Frere. Mabobo is the area where most of the voters live. It is west of Mt Frere, while Njijini is north west of Mt Frere. The ward is between the national N2 road between Mt Frere and Mt Ayliff and the regional R56 road between Maclear and Mt Fletcher.

The ANC proved once again that they are the only game in town in this rural part of the Eastern Cape. They will be delighted by this convincing win.

Ngqushwa is a rural municipality. Its main town is Peddie. The ANC is the overwhelmingly dominant party in this municipality. This is a sparsely populated ward which includes villages and settlements on both the regional R345 road from Alice towards Peddie, and the national N2 highway between Peddie and King William’s Town.

This was a resolute performance by the ANC as they did not allow the EFF to make inroads into this stronghold.

Msunduzi is the second largest municipality in KwaZulu-Natal. Pietermaritzburg is the epicentre of this municipality. The ANC tasted by-election success here after the May 2019 elections when they took a reasonably safe ward off the DA. This ward has diverse components to it. Jika Joe is an informal settlement and an ANC stronghold, and also the bedrock of Inkatha Freedom Party (IFP) support in the ward. There are numerous old age homes in one part of the ward, which is a reliable pool of voters for the DA. There are middle class and lower middle class voters in the lower central Pietermaritzburg and Scottsville part of the ward. There are also numerous students here. While the DA won here in 2016 and in a 2017 by-election, the ANC got more than 1,400 votes than the DA on the provincial ballot in May. The key question is how many of the students who voted for the ANC in May are registered to vote in this ward for the by-election, and how many would show up to vote?

The DA was able to retain this ward, and essentially hold their percentage support in the ward from the August 2017 by-election. While the ANC showed percentage support growth in the ward, it was more because of their ability to turn out student voters in the voting district around the Durban University of Technology (DUT) than to eat into the support of the DA. What will concern the DA is the subdued turnout in the Ruby Allison Homes voting district and the Scottsville voting district. The DA was able to get a higher percentage of the vote in these two DA strongholds, but turnout was way down from the 2017 by-election. The ANC will hope that for the 2021 elections in Ward 33, they will be able to get all those who voted for the party in May 2019 who reside in the ward to register in the ward and vote for them.

It must be noted that the EFF had a poor showing here. They also need to get those who live in the ward and who voted for the party in May to register in the ward. It will concern them that they lost support.

This was the most marginal ward in this round of by-elections. The DA will be satisfied with the win, but will know that they need to get those who voted for the party in 2016 to be enthused about voting for it in 2021.

KwaDukuza is a municipality north of Durban on the North Coast of the province. The main towns are Stanger, Ballito and Shaka’s Kraal. Ward 18 is around Shakaville which is on the outskirts of Stanger. The ANC got 86% of the proportional representation (PR) ballot vote here in 2016, but on the ward ballot they got 59%, as independent candidate Spesihle Ntuli got 33% of the vote. Ntuli decided to contest again.

The ANC came close to replicating their 2016 support in the by-election. They will be satisfied with their performance. What will concern them is that Spesihle Ntuli does not seem to be going away as his percentage share of the vote was just under 40%. Ntuli was also able to take one of the two voting districts in the ward off the ANC. He won the smaller voting district around the Mbozamo Creche.

Mpofana is a rural municipality around the town of Mooi River on the N2. Ward 4 is a sparsely populated ward with Rietvlei as its focal point. This ward comprises many farms as well. The ward sits near the Craigieburn Dam on the R622 road from Mooi River to Greytown.

While the ANC won the ward by 141 votes in 2016, they romped home here in May when one looks at the voting districts in the ward on the provincial ballot, winning by over 750 votes. The former ward councillor for the ANC defected to the National Freedom Party (NFP) and stood for them in the by-election.

The ANC edged out the IFP by 66 votes in the by-election. Both the ANC and the IFP carried four each of the nine voting districts with the NFP winning the remaining district.

Turnout varied for both the ANC and the IFP in the voting districts they won, so it is not possible to deduce that a party’s performance in this particular by-election was because of a high or low turnout in a particular voting district.

In August, the ANC lost a very safe seat to the NFP in uMvoti in a ward near Greytown. It does appear that the ANC has a challenge in KwaZulu-Natal as this Mpofana ward is not far from Greytown. These two by-elections suggest that the new path to growth for the NFP is via the ANC in the Midlands rather than the IFP in Zululand and northern KwaZulu-Natal.

Ward 6 is centred around the village of High Flats. High Flats is on the R612 road between Umzinto and Ixopo.

The IFP made serious inroads in a part of the province where they tend to be weak. They won one of the seven voting districts in the ward off the ANC and got over 40% of the vote in another two districts. In 2016 the ANC beat the IFP in this ward by a margin of 11:1. This result will give the IFP much encouragement.

In conclusion, no seats changed hands on Wednesday night. For the ANC they once again showed how steadfast their support is in the rural areas of the former homelands of the Eastern Cape. The Eastern Cape was one of the few bright spots for the ANC during the national and provincial elections in May, and the party continues to do very well there. They will also be satisfied with their growth in the ward in Somerset East, and that their supporters who voted for them in 2016 in KwaDukuza stood by them in this by-election. They will also be delighted that the EFF made no inroads into their support yesterday. What will concern them is that they lost votes to the IFP and the NFP in some of the KwaZulu Natal by-elections.

For the DA, they will be happy with the fact that they retained two marginal seats. They held their support in Pietermaritzburg and had small losses in Somerset East. These results are a deviation from the trend we saw in by-elections after the national and provincial elections in May up until Mmusi Maimane’s resignation. These results suggest that the party is certainly not imploding. What will concern the DA is that they were unable to energise their base (again) in Pietermaritzburg and Scottsville, and in the town centre of Somerset East. They will need to get those voters enthusiastic about the party and voting again.

The IFP came very close to winning a ward in Mpofana, and made big strides in a part of the province which was not favourable to them. They will feel that the party is on the right track, especially after Velenkosini Hlabisa took over from long time leader Mangosuthu Buthelezi. The party is not collapsing and is making gains.

The NFP continue to do well in the Midlands. It will be interesting to see whether other ANC councillors in that part of the province decide to throw in their lot with the NFP and contest by-elections.