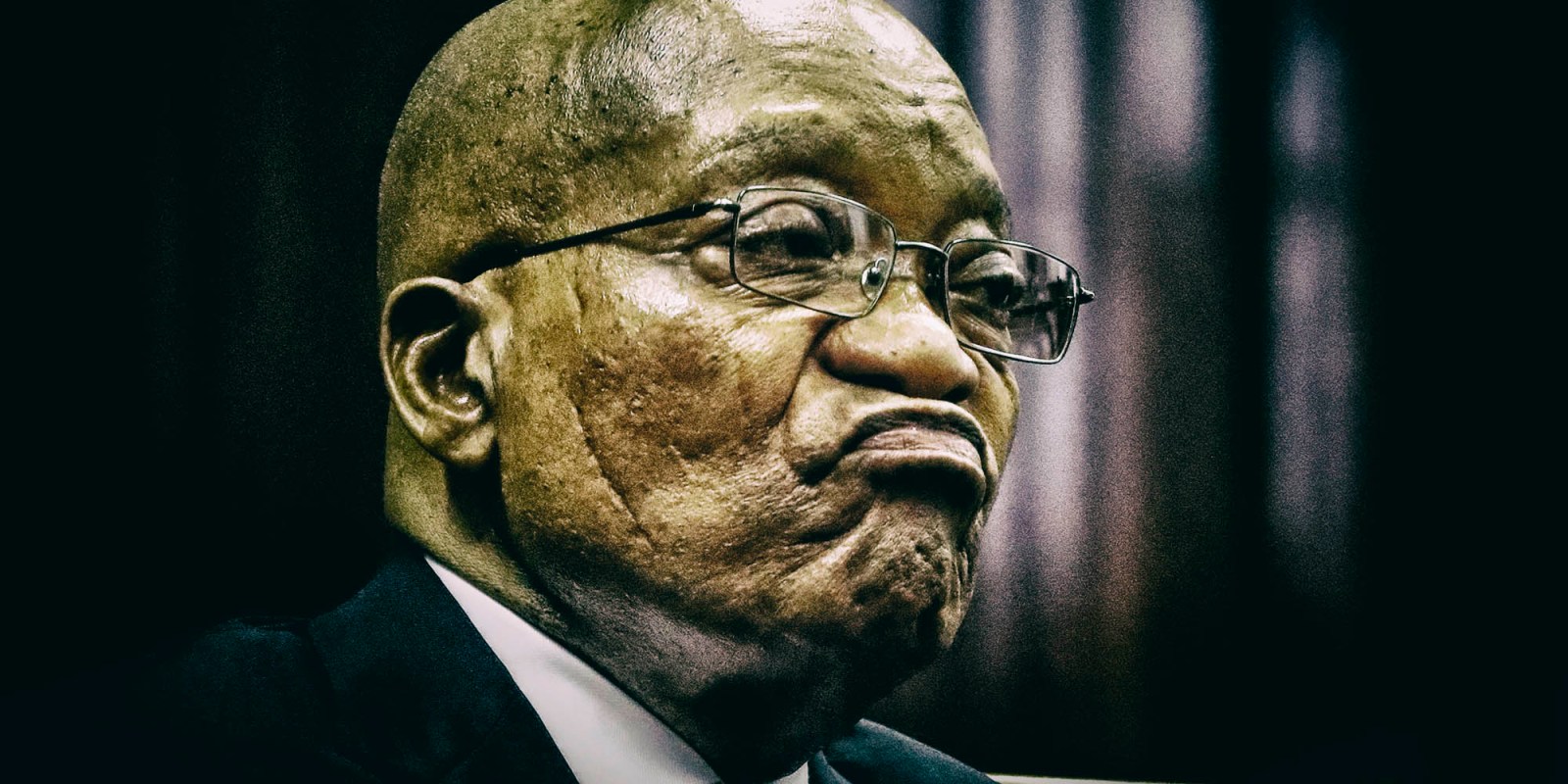 The KwaZulu-Natal High Court has dismissed Jacob Zuma’s application for leave to appeal a judgment against him for calling Derek Hanekom a ‘known enemy agent’. The ruling is the latest in a string of legal challenges for the former president as he continues to delay and deny.

Former president Jacob Zuma’s application to appeal a defamation ruling ordering him to apologise to former tourism minister and ANC NEC member Derek Henekom was dismissed in the KwaZulu-Natal High Court in Pietermaritzburg on Thursday.

Judge Dhaya Pillay dismissed Zuma’s arguments for appeal and said his case “would have no reasonable prospects of success” in another court, meaning the former president will have to go to the Supreme Court of Appeal (SCA) directly if he wants to continue the case. It was unclear on Thursday whether Zuma intends to petition the SCA.

In September, the court ruled that Zuma’s July tweet calling Hanekom “a known enemy agent” was defamatory. Pillay said Zuma had distorted historical facts and did not provide evidence to support his claims.

Zuma published his tweet after EFF leader Julius Malema claimed Hanekom was hypocritical for criticising the party after he approached them to help remove Zuma through a no-confidence motion in Parliament.

In September’s judgment, Zuma was ordered to remove his tweet and issue an apology to Hanekom within 24 hours, which he has not yet had to do due to the appeal application. Zuma was interdicted from publishing any statement that implied Hanekom was an enemy agent or apartheid spy, although he could speak freely at the State Capture Inquiry. He was also ordered to pay Hanekom damages, which are yet to be decided.

In his appeal application, Zuma said a reasonable reader might interpret his tweet in multiple ways. He claimed it was read out of the context of a robust political debate and did not refer to Hanekom as an apartheid agent.

He said readers could believe Hanekom was an enemy of Zuma and the ANC for talking to the EFF about removing the president. As someone who chooses his words carefully, Zuma would have called Hanekom an apartheid spy if he so chose, he said.

“If Mr Zuma’s interpretation is to be accepted, it does not explain why he chose to respond to Mr Hanekom’s account of his history and personal sacrifices for the liberation struggle as an ANC member,” said Pillay on Thursday.

The judge said Zuma could have ignored Hanekom’s account but instead he “gratuitously insults” the former minister, who was fiercely opposed to Zuma towards the end of the former president’s second term in power.

In his court papers, Zuma said of Hanekom, “His entire life as a duplicitous, two-faced person is an embarrassing lie.” He said Hanekom was the “antithesis” of the type of cadre the ANC wants to develop.

“These embellishments by Mr Zuma fortify the court’s interpretation. As a man who chooses his words carefully, Mr Zuma uses innuendo to further his claims,” said Pillay.

Zuma is well-known for his Stalingrad approach to legal challenges and regularly exhausts every avenue of defence available, such as he did against the Public Protector before he eventually lost in the Constitutional Court and was ordered to pay back a portion of the funds spent on upgrading his Nkandla home.

The former president is also facing corruption, fraud and money laundering charges related to payments he allegedly received from French arms company Thales related to the arms deal. Zuma recently filed an application for leave to appeal his failed bid to have the case thrown out before it goes to trial.

Zuma’s appeal in that case repeats the same arguments that failed in his stay of prosecution application, but it could help to further delay his criminal trial, which has already been delayed for around 15 years due to Zuma’s failed attempts to keep it out of court and the NPA’s failure to pursue the case.

The former president was due to return to the State Capture Inquiry next week but told the commission that he was too ill to attend. He will miss his scheduled 11 November to 15 November appearance after cancelling a scheduled appearance at the inquiry in October, due to his legal team being focused on his corruption case in the KwaZulu-Natal High Court. DM