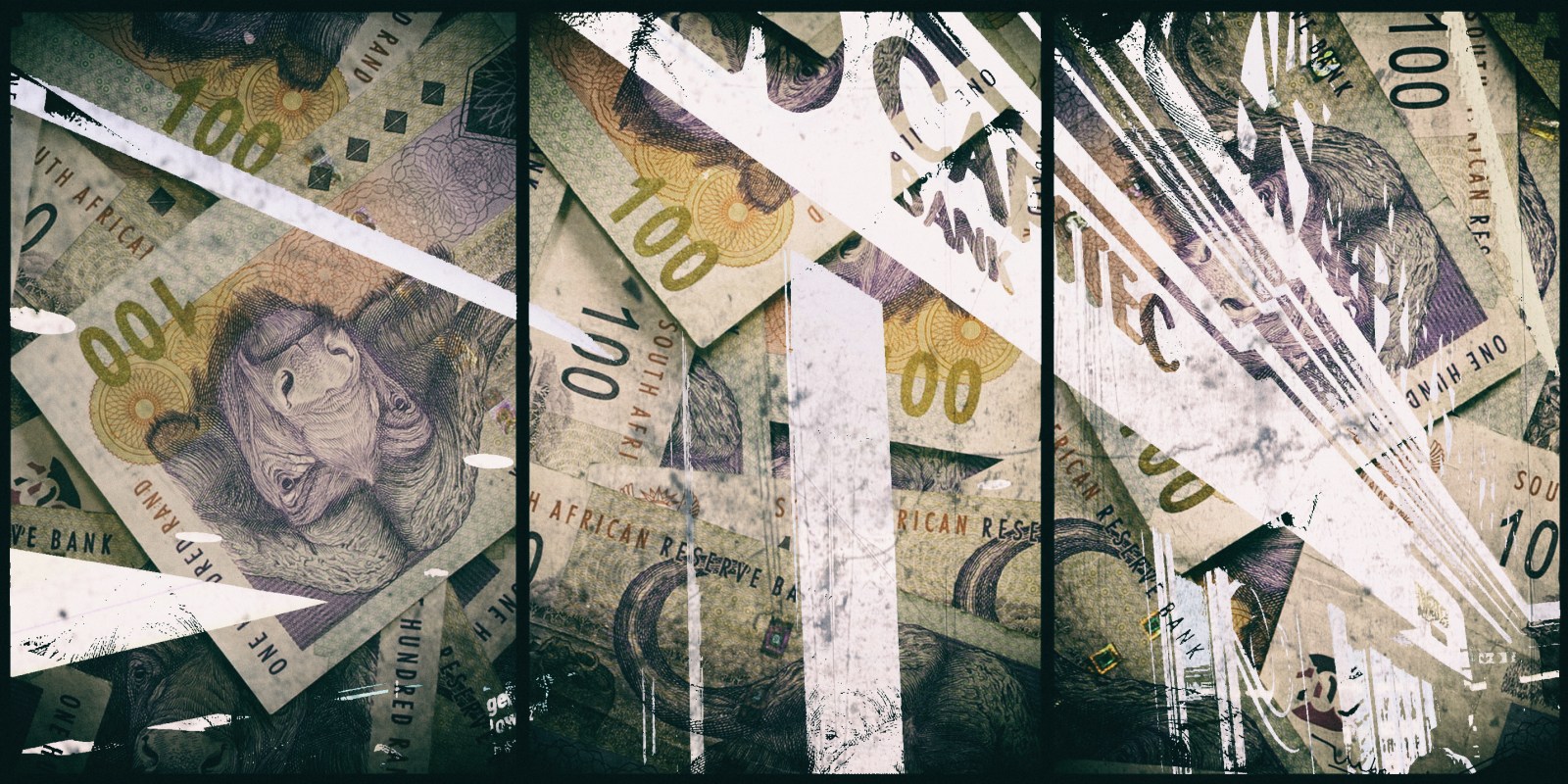 Capitec and its senior officers were left red-faced after getting slammed in a court ruling on 5 November. (Photo: Gallo Images / Sunday Sun / Sipho Maluka) | Background: Adobestock)

A scathing ruling has lashed the bank for blocking a R500m settlement for struggling Transnet pensioners. Instead, Capitec used threats and misinformation to try to preserve a 0.7% black-owned share held by alleged state capturers, the court found.

Capitec Bank will probably have to back down from its attempt to block a R500-million settlement that would see Regiments Capital repay money it stole from the Transnet Second Defined Benefit Fund (TSDBF).

Capitec and its senior officers were left red-faced after getting slammed in a court ruling today.

The TSDBF had sued Regiments for damages the fund suffered, allegedly as a result of Regiments’ involvement in State Capture.

Regiments proposed to settle the TSDBF’s claim by selling shares it indirectly owned through a 13-year-old Black Economic Empowerment (BEE) deal with Capitec.

Capitec blocked the settlement, arguing it would dilute the bank’s empowerment credentials, and warned Regiments shareholders it would trigger punitive provisions in the 2006 BEE contract, designed to lock in black shareholders.

The bank aggressively pursued the restrictions, claiming the shares could not be traded without its permission, but then made a complete about-turn before the matter was heard in court.

“Any person changing its stance so radically and not explaining itself cannot be said to be acting in good faith,” said Judge Bashier Vally in his ruling.

Capitec had also repeatedly threatened the TSDBF as well as Regiments and its fellow BEE shareholders with litigation should they proceed with the transactions necessary for the settlement.

“The threat was either grossly careless or deliberately designed to intimidate [BEE] shareholders and directors as well as the TSDBF… Such conduct is not consonant with its duty of good faith and reasonable conduct,” said Judge Vally.

Elsewhere Judge Vally noted: “By refusing to grant consent for the sale on this basis means that it [Capitec] is quite willing to retain Regiments as a shareholder, even though it recognises that Regiments has stolen more than R1-billion from indigent pensioners belonging to the TSDBF.

“The logical conclusion of its position is that the loss of 0. 7% of its BBBEE rating is so important that it would rather keep its links with a shareholder who is tainted by dishonesty than reduce the rating”.