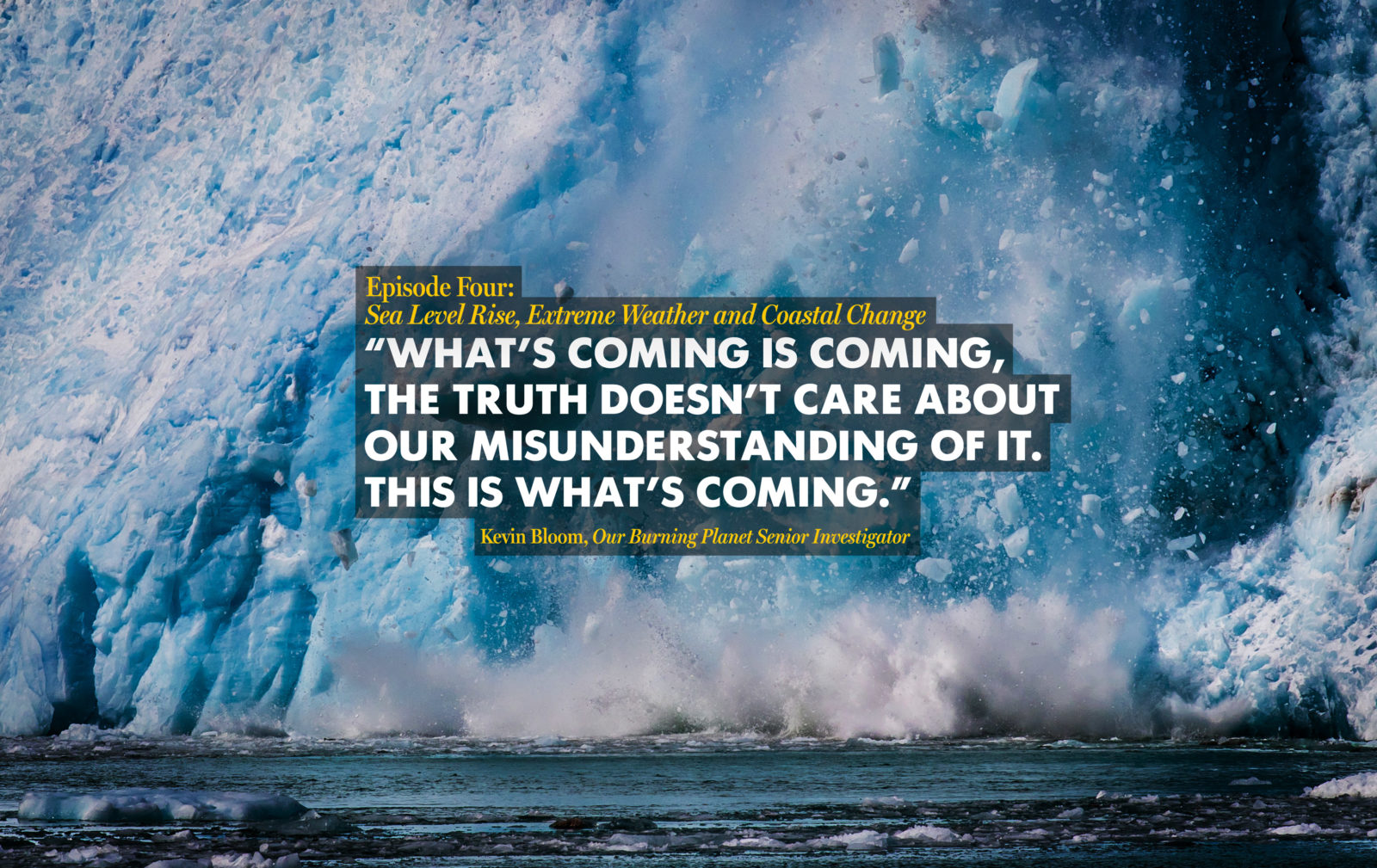 House-sized blocks of ice come crashing down into Prince William Sound in Alaska as pieces of the Harding Icefield flow down this glacier and break away.

"What's coming is coming. The truth doesn't care about our misunderstanding of it. This is what's coming" – Kevin Bloom on the global impacts of sea-level rise on our environment.

“We’ve just seen a report in the last few days of some scientists that tells us they think far more people are at risk of seal-level rise than they had expected”, says Mary Robinson, current Chair of the Elders, first female President of Ireland, former UN High Commissioner for Human Rights.

Sea-level rise is increasing and at a faster pace than we thought; a new research published in Nature Communications on the 29th of October, explains that “global vulnerability to sea-level rise and coastal flooding” could affect three times more people than previously expected. The New York Times notes that the research highlight the threat posed by sea-level rise and could lead to “some of the world’s great coastal cities” being wiped out off the map. “Southern Vietnam could all but disappear. (…) In Shanghai, one of Asia’s most important economic engines, water threatens to consume the heart of the city and many other cities around it. (…) The new projections suggest that much of Mumbai, India’s financial capital and one of the largest cities in the world, is at risk of being wiped out”.

In this episode, we talk to former President of Ireland Mary Robinson, Dr Carlos Loureiro, a Marie Sklodowska-Curie fellow, physical oceanographer Sheveenah Taukoor and Our Burning Planet senior investigator Kevin Bloom about the global impacts of sea-level rise on our environment and the humanitarian crisis that could unfold.

In the next episode of On the Edge of Change, we are in discussion with anthropogenic researcher Dr Vonica Perold, talking about marine plastic pollution, the threats to marine life, the environment, food safety and human health. ML

The miniseries On the Edge of Change will be published every Wednesday on Maverick Life and Daily Maverick. To see all the videos, subscribe to our YouTube channel