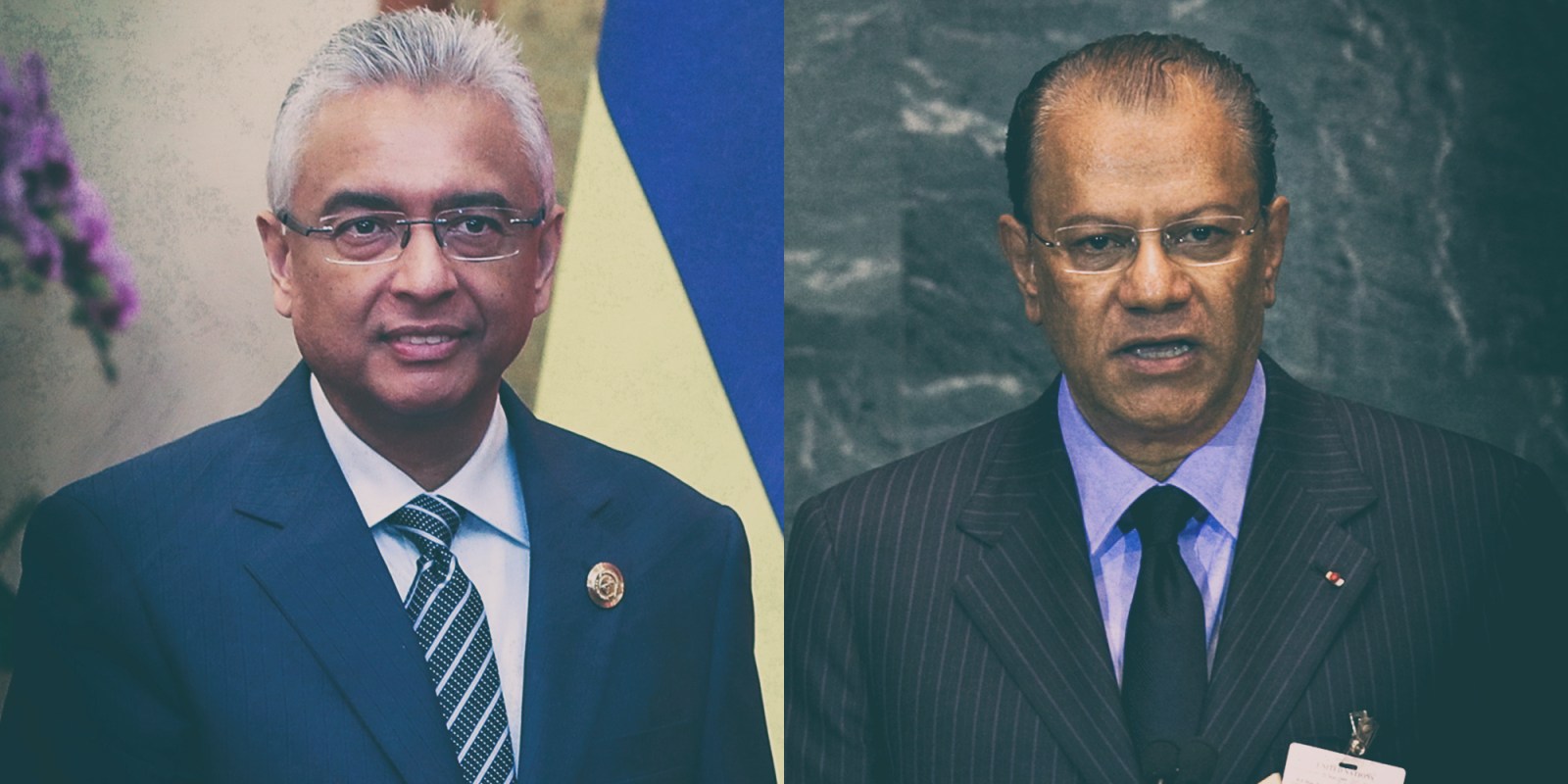 Mauritius may be a tourist haven of white palm-lined beaches and green mountains. But the campaign for Thursday’s general election has been anything but idyllic. It has been marred by unprecedented accusations of disinformation and social media fake news being produced from all sides.

In a public interview broadcast on Defimedia on September 27, Ramgoolam said:

“The campaign of the general election will be the subject of video clips prepared by Israelis; fake news to influence a maximum of people. Money talks.”

Jugnauth’s people have fired back that Ramgoolam is hardly the one to sling mud since he is “used to lies and manipulation,” having been found with $3-million and 110-million rupees in his safe and four suitcases during a police search four years ago.

“Asked about the source of this money, Navin Ramgoolam declares, in front of a complaisant press which does not ask any precise question about the origin of this fortune, that it comes from savings made on… voyages abroad, during his long term as prime minister,” scoffs an anonymous official in Jugnauth’s election team.

“Of course it doesn’t come from bribes or kickbacks,” the official adds sarcastically.

British media reported in 2015 that the Mauritian government had asked the UK’s Anti-Corruption Unit to investigate Ramgoolam, who is a registered physician in London where he drives a Rolls-Royce.

The reports said Mauritian police were investigating claims that he or his associates secured corrupt money from deals including the purchase of six Airbus aircraft by the national carrier and received sums from foreigners seeking naturalisation on the Indian Ocean island, according to government sources on the island.

His supporters claimed then that political foes have fabricated claims to stop any political comeback by binding him up in damaging prosecutions for years.

The former prime minister, a three-time general election winner and leader of his political party for more than two decades, denied any wrongdoing and said that the money — which included new consecutively numbered US dollar bills — represented campaign funds given by supporters.

Jugnauth’s official also told Daily Maverick that the real “fake news” emerged on 7 October 2019, when Hassenjee Ruhomally, a computer scientist close to Ramgoolam, denounced the deactivation of his Facebook account and the impossibility of creating another. He was quoted in the local Sunday Times newspaper as saying “it is the government of Mauritius who is behind this wickedness”.

Jugnauth’s official said Ruhomally and his wife were “well known to the Mauritian police, cybercrime division”.

Jugnauth’s man found it “curious” that Ruhomally, who holds a PhD from the American Stanford University in “IP configuration on Broadband and satellite communication, specialty in security systems”, and supposedly had worked for Mozilla Corporation, Facebook, Google and the local Mauriweb Network Services Limited, had denounced the deactivation of his Facebook account by way of the media without first verifying the claim technically.

The Jugnauth official also noted that the local newspaper Express.mu had reported in October that Xavier Luc Duval, a candidate for Ramgoolam’s National Alliance, had also claimed “that his Facebook account was hacked”.

The newspaper had asked — without further inquiry:

“Is this an attempt to muzzle internet users? Is an Israeli firm at work to help the government in this process as the National Alliance proclaims?”

The same article said access to the page of lawyer Shakeel Mohamed, also close to Ramgoolam and a senior member of the Labour Party, had been restricted a few hours later.

“The Mauritian government is thus accused of having solicited an Israeli team present in Mauritius which is in charge of deactivating the profiles, hacking profiles, searching Messenger, in short, which would play Big Brother or even worse,” the Jugnauth man told Daily Maverick. “All without providing any proof.”

He also offered a more sinister interpretation, that in a country with a significant Muslim population, there were suspicions that the allegations of Ramgoolam’s party that Israelis were conspiring with the governing party, might have an anti-Semitic political purpose.

The accusations and counter-accusations of political hacking and other cybercrimes come at a time when Facebook has just taken down hundreds of fake accounts, linked to Russia, which had tried to meddle with the democratic processes of eight African countries — Madagascar, Sudan, Libya, Central African Republic, Mozambique, Democratic Republic of Congo, Ivory Coast and Cameroon.

Nearly a million voters are registered for Thursday’s elections for 62 seats in parliament. Mauritius follows a Westminster-style electoral system where voters directly elect members of parliament, who in turn elect the prime minister and head of government.

Apart from the hacking allegations, the elections have also been characterised by charges of nepotism. Jugnauth will try for the first time to win a popular mandate two years after he inherited the prime ministership after his father Anerood Jugnauth stepped down, two years ahead of schedule.

Jugnauth junior rejected opposition demands in 2017 that he seek a fresh mandate. The opposition said that succeeding his father without a vote was basically nepotism.

Ramgoolam has seized on this point to call on voters to “free the country from the grip of the Jugnauth clan”. Somewhat ironically, perhaps, since his own father, Seewoosagar, governed as prime minister for 14 years between the 1960s and 1980s.

Jugnauth leads both the Militant Socialist Movement (MSM) party and also the centre-right Morisian Alliance in this election while another former prime minister, Paul Berenger, is fighting the election solo with his Mauritian Militant Movement.

Berenger has more plausibly denounced the “papa-piti” (from father to son) politics of both his opponents and also accused Jugnauth of presiding over rampant corruption.

Jugnauth has defended his record of government mainly on economic grounds, pointing to 38% economic growth in 2018 and the imminent unveiling of a light rail network.

Jugnauth has also introduced a minimum wage, about €215 ($240) a month, increased pensions for the elderly and reformed labour laws. Ramgoolam has promised to increase retirement benefits more than the incumbent has, which he hopes will win over elderly voters numbering about 220,000, according to media reports.

Despite the word “militant” in the names of both Jugnauth’s and Berenger’s political parties, all Mauritian parties follow fairly conservative economic policies.

Once an agricultural backwater, it has become one of the two or three richest countries in Africa, in GDP per capita terms, first on the back of tourism but more recently even more so by successfully positioning itself as a tax haven for Africa and the world.

This has attracted growing criticism from its African peers as so-called “illicit financial flows” from African countries — including huge tax losses due to such off-shore tax havens — have become a growing political issue. DM