Ratings Agencies and the Second Coming: For change to happen, we have to sink to the bottom 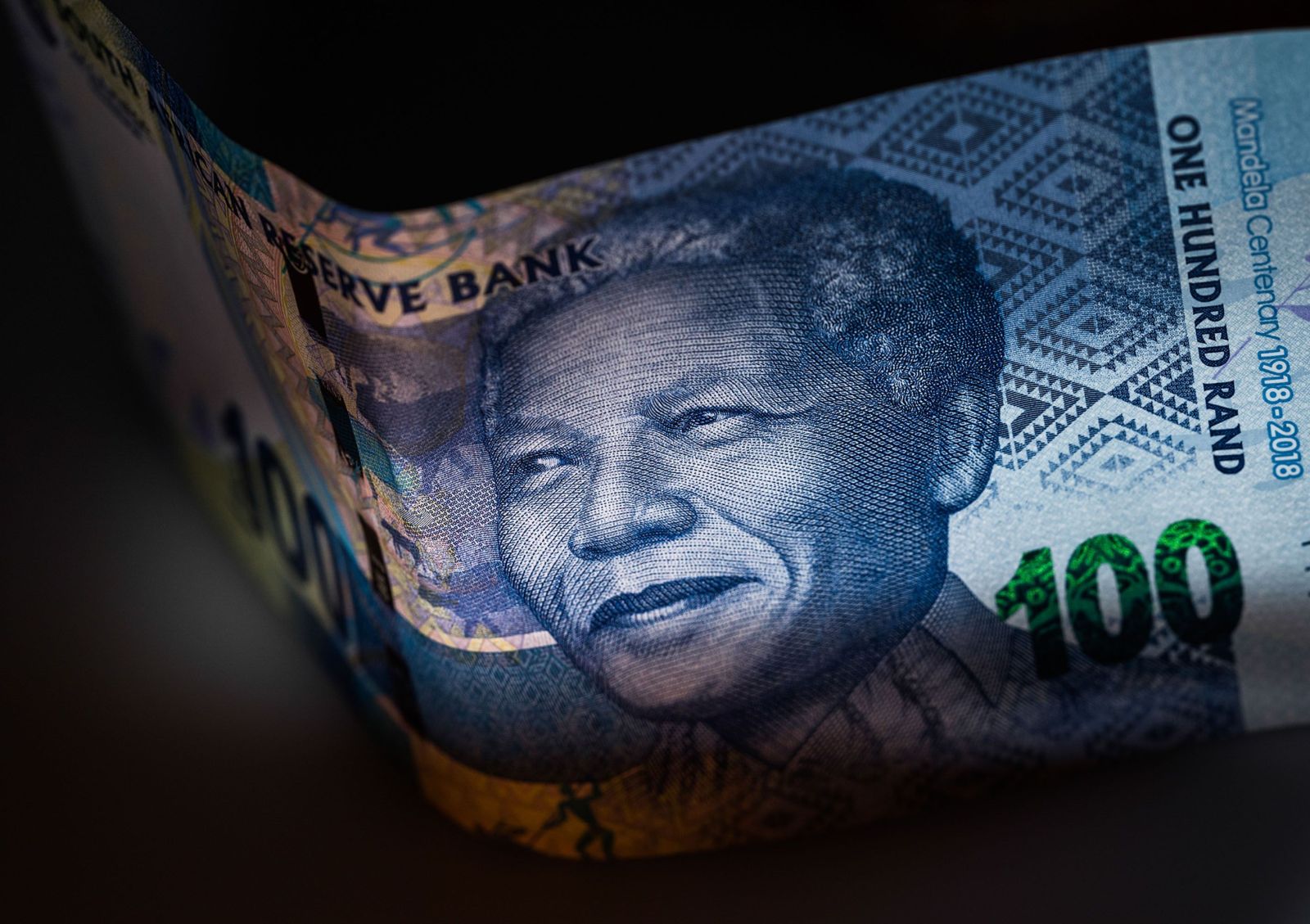 The Treasury can no longer explain just how bad the situation is. The politicians, on the other hand, cannot hear the strained voices of the number crunchers and policy crafters. The falcon cannot hear the falconer, WB Yeats would say in The Second Coming. Maybe things need to fall apart, and fall apart seriously, for anything to change.

The metaphor is dead. So is its cousin, the cliché. We can no longer refer to the “Asian Tigers” as an example of developmental economics prowess. That would send the mind straight into the gutter. And Eskom is no longer the “elephant in the room”. All that colourful expression is gone. We are left with just pitiful, dry words. Straight up and down dryspeak. That is because the economy is in trouble, and the National Treasury has run out of ways to state this. It has been a decade of decline.

In 2009, Moody’s ranked us as investment grade: So did Fitch and S&P Global.

Today, Moody’s is warning us that our days as the elite investment grade class are numbered. In short, if nothing changes real quick, “the axe will fall”.

We are in this situation because the politicians do not listen. Not even to themselves and the promises they make in Parliament and on the campaign trail, oops, the campaign squalour in Mitchells Plain or Soshanguve. The African National Congress (ANC) has the pleasure of being the crafter of our government policy, and yet the master critic of the same policy. It has Tito Mboweni, the finance minister, leading the screams of “danger at the gate”. His own Cabinet colleagues and party comrades contributed, knowingly or not, to the same state of affairs that brought the Barbarians to the gate.

To get out of trouble, Sipho the civil servant has to tighten his belt. So must Gwede the minister, as his perks will be reduced. Is that new? Any consistent follower of South African fiscal politics will remember similar calls for austerity made in recent years. As far back as 2013, when Zuma was still Zuma, austerity was the favourite word. It was not called that, but the words still meant the same thing. He established the Chief Procurement Office, to save easily R25-billion a year. That would be done by combing through the government’s R500-billion or so procurement spend. Cut cellphone costs. Stop comfortable travel. Rejig the Ministerial Handbook. All that was done. The man who “put the breaks” on super luxurious ministerial cars has since “departed” this world. That’s Roy Padayachee, Zuma’s Public Service and Administration Minister in 2011. Whenever we are a few rand short, the Ministerial Handbook gets revised. Does it change much?

Mboweni has found a way to revive all the stale talk. In a different language. It is lost on him that Pravin Gordhan, his Cabinet colleague and finance minister between 2009 and 2014, did all that. And failed to “arrest” our ratings decline. E-toll speak. That is not new. The ratings agencies made big noise about popular resistance to the user pay principle as far back as 2012.

If the public won against the state, it would have been a grave demonstration of hollow public policy. That anything the government decrees can be challenged successfully through public protests. Seven years later, in the same ANC administration, the finance minister wants you and I to pay for the Gauteng freeways. And in the same administration, the transport minister has a different view. Or different tweet. The attempts to trim down the fat in the bureaucracy are as hollow as the previous announcements.

What union will sign up for that less than two years before local elections? They know their bargaining chip. The myth goes that they remain a key part of the ANC’s elections machinery. Is that why the ANC remains numerically strong despite serving divorce papers on Numsa in 2013, once the biggest trade union in the ruling tripartite alliance? The Congress of South African Trade Unions is a glorified public service union, instead of a “boisterous” movement. Its public service unions are the strongest, even in their slumber. Wake the nurses, teachers, and the Bhisho civil servant up, and see how many votes you will get come 2021.

That the Treasury is taking aim at the public service bill itself reflects a paucity of politics and the dominance of number-crunching technocrats who think this is achievable.

It also demonstrates that there is nothing else that can be done fast to keep costs down.

In this situation, Mboweni has been reduced to an economics commentator instead of the country’s economic policy chief. He offers wisdom on the running of state-owned enterprises. Get rid of the small airlines. Not SAA. Not anything magnificent. Just the insignificant ones.

What he fails to do is to take his Tripartite Alliance colleagues head-on, starting with his deputy, David Masondo, a rabid communist. Unlike Mantashe, Masondo does not wear red socks every day. He does not need wool to prove his ideological choices. He speaks when he is invited. And at the right time, he or people like him will take Mboweni head-on. And they will not send six tweets. They will not do that over a tin of pilchards. Do it, they will.

Mboweni’s own sense of defeat was “blatant” when he spoke last week about the culture of nonpayment of Eskom bills by residents and municipalities. He labelled it an “incestuous setup” of nonpayment, from municipalities to the common man. His solution: “The political leadership in the country must generate a national conversation about all of us and our responsibilities.” In short, do what Jacob Zuma was good at. Talking. At least, when that failed, he could sing.

South African Reserve Bank Governor Lesetja Kganyago last week stated what ought to be obvious, about the consequences of a further ratings downgrade. Debt will be expensive, for everyone.

“All of us would pay more.”

South Africa will fall out of global bond indices. There will be capital outflows. Speculative investors will snap up our debt, at a higher cost to us. The country would be exposed to heightened volatility. There would be a repricing of South African assets, through a weaker rand. Yield on state bonds would be higher, and so would the debt service costs. Other things being equal, the National Treasury will have less money to allocate to other areas of spending. Inflation generally would notch up, and if that is sustained, place a “burden” on households as they would have less money to spend. This “dire” picture was “painted” by Kganyago at a press conference ahead of the budget statement last Wednesday. “That is not the space we want to be in.”

Alongside him was Mboweni, who asked a peculiar question, amid many other expressions of frustration or even exasperation. “How long does it take to expand the Durban harbour?”

As his hour-or-so long press conference went on, journalists departed in dribs and drabs. The technocrats at the Treasury left to prepare the release of another version of the “Tito economic paper”. That is what the Treasury has been reduced to. A think tank. This has been building up for years. Mboweni’s predecessors struggled to sell a “credible growth story” to investors and the ratings agencies. That stage has passed. He has to sell a “growth story”. This, from a man who does not fathom the delays in the expansion of a harbour in a country run by his own party.

Language has failed us. The Treasury can no longer explain just how bad the situation is. The politicians, on the other hand, cannot hear the strained voices of the number crunchers and policy crafters. The falcon cannot hear the falconer, WB Yeats would say in The Second Coming. Maybe things need to fall apart, and fall apart seriously, for anything to change. That may mean the second coming of the more aggressive ratings agencies such as S&P and Fitch, sending us two notches down junk. Maybe then. Maybe. Maybe then.

We are not between a rock and a hard place, as that would be a cliché. Our economic situation is not a “challenge” as the ANC’s thesaurus suggests. It’s more than that. Any policy medicine that treats the Eskom debt as the “elephant in the room” won’t work. Not even Moody’s, the sweetest of the big ratings agencies, bought the tales in Tito’s speech last week. Eventually, we have to move beyond this line of clichés and metaphors. For change to happen, we have to sink to the bottom. The centre (the Treasury) has to stop holding. Director-General Dondo Mogajane and Mboweni may need to speak a totally different language.

Until then, and as Yeats would say: mere anarchy may be let loose upon South Africa. The blood-dimmed tide is let loose, and everywhere, the ceremony of innocence is drowned. The best lack all conviction, while the worst are full of passionate intensity. The Second Coming of ratings downgrade is upon us. DM