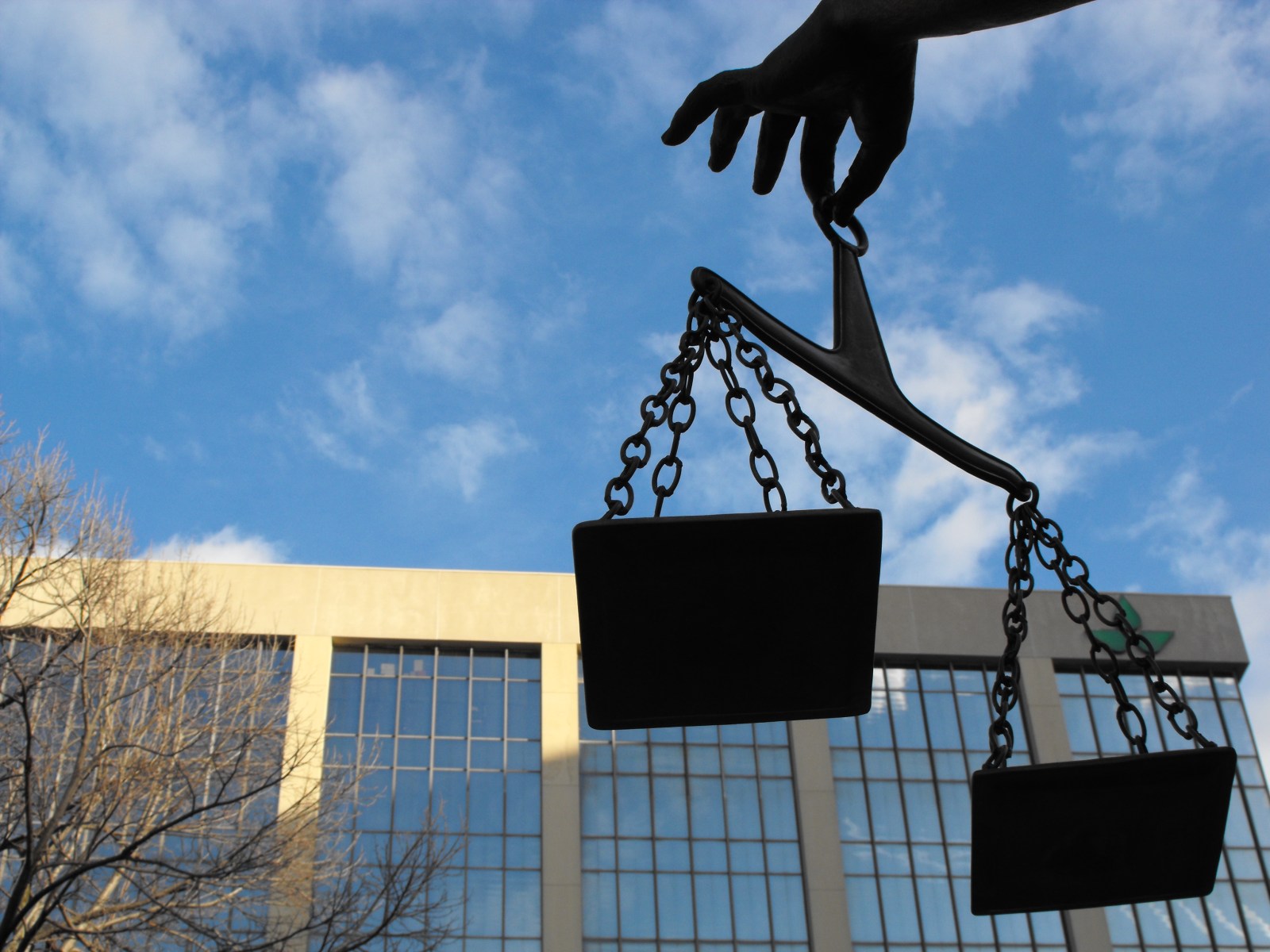 Makoma Lekalakala of Earthlife Africa told the Public Interest Law Gathering at Wits that the greater leveller is the climate crisis – and it is unequivocally a gender issue. (Photo: Flcikr / Darius Norvilas)

The two-day Public Interest Law Gathering (PILG) gathering, that has been held every year since 2011, took place at Wits University last week. It is part of the PILG’s efforts to strengthen networks, deepen debate and to formulate better approaches and interventions in public interest advocacy and litigation.

The organising committee is drawn from institutions that include Lawyers for Human Rights, the Centre for Applied Legal Studies, SECTION27 and the Socio-Economic Rights Institute of South Africa.

The conference opened with the acknowledgement of the positive development that for the first time all the top roles in major organisations in the PILG sector have been filled by women. The conference, however, also cast a spotlight on the need for new strategies and responses to challenges that have recently come to dominate modern life. These include the impact of the climate crisis that will clearly hit the most vulnerable in society the hardest: women and children. There is also the challenge of responding to the growing phenomenon of so-called cancel culture, fuelled by the acceleration of social media. It has the power to divide and weaken cohesion in the movement.

Along with these more recent challenges, the conference topics reflected the still ongoing battles to challenge the law and law enforcement authorities on policing women and queer sexuality and dictating what appropriate behaviour and lust should look like for “good girls”, this as rape and gender-based violence continue to be a crisis in SA.

There continue to be barriers of discrimination and shaming in accessing abortion rights; trans-invisibility; and undocumented children rights are being undermined.

Professor Pumla Dineo Gqola, author and dean of research at the University of Fort Hare, gave the keynote address on the opening day of the conference. She touched on several issues, but circled back to an underlying call for greater solidarity among feminist and social justice allies.

She pointed to weaknesses that have emerged including the dearth of meaningful intergenerational dialogue between feminists, and the dangers of cancel culture as feminists intending to hold each other to account fall into the trap of self-righteous and myopic dismissal of their targeted persons. It’s also the tensions and conflicts of change-makers taking on roles that threaten to absorb them into the fabric of the very institutions and systems that are constructed in a way to still stack up odds against women, she said.

“The narrative of change is not straightforward or conveniently flattened into a linear view – change when it comes, comes with the confluence of disparate trends and interventions.

“Do we do ourselves a disservice when we ignore the construction, the workings, meaning and the power of institutions [the academy, the law profession, religion, state and even the NGO sector] and how they work against the very social justice project that we are so deeply invested in?” she asked.

Gqola said there had to be greater vigilance against how institutionality “co-opts aspects of radical critique directed at it and mutates and masks this critique in an illusion of transformation.”

Gqola called for great solidarity among activists, feminist lawyers and those fighting for the promise of a “rape-free, sex-positive, anti-racist and non-hierarchy society”.

“Cancel culture is the attempt to hold people accountable for inconsistencies across the movement, but there is also slippage between holding accountable and dismissal, and when you are cancelled you are exiled from the broad global left and you and your work are made illegitimate.

“This threatens the very tenet of solidarity and the spirit of working together despite our differences and, maybe especially when we disagree about radical politics,” she said.

Along with Gqola’s call for solidarity, Fatima Shabodien, strategic director of the Raith Foundation, in her panel discussing “Charting a New Feminist Path – learning from the struggles of the past” said that in the post-apartheid era the missing element in activism and the fight against patriarchy is what she termed “valueship”.

“It’s no surprise that the prevailing values among young people are about the individual, about greed and getting ahead even if it means standing on top of each other to get there.

“Values don’t fall from the sky, it’s a project we need to take up because if we don’t see values embodied in our politicians or our authorities it doesn’t really matter what the law says,” she said, adding that the absence of values allows the police to be insensitive to rape victims, for homophobic judges to remain unchallenged and even for a VVIP section to exist at a trade union gathering.

For Kwezilomso Mbandazayo, the women’s right and gender justice programme manager for Oxfam, there are difficult conversations to be had in the feminist movement even at the risk of being seen as “less than perfect feminists”. Mbandazayo said the feminist aversion to getting to grips with discussions on family values, parenting and spiritual and emotional well-being runs the risk of outsourcing messaging on these issues to the right-wing.

“We are not comfortable to play in those spaces but if we are not having the robust, public debates, it is the right-wing who are left to push out the messaging that we don’t want, but it’s the messaging seeping into our communities,” Mbandazayo said.

She said it is the same for the need for black feminists to take back the work of transforming masculinities.

“We cannot leave the raising of boys, and the understanding of what it means to be a boy and a man in the world to the men’s movement if we want real transformation.”

The greater leveller though is coming in the form of the climate crisis and it’s unequivocally a gender issue as Makoma Lekalakala of Earthlife Africa said. She said women are the “managers of natural resources as well as the holder of indigenous knowledge and use of natural plants for healing”. But even as women are disproportionately affected by the climate crisis they are still excluded from decision-making about policies on adapting to the crisis of a burning planet.

The climate crisis will force the world to reshape itself; and women have to be at the centre of how society pushes for a just transition, which Lekalakala said is about personal transitions and choices that are less wasteful and more sustainable and extend to overhauling economies and disrupting the location of political power in creating a more equitable world, one where humans live in greater mindful harmony with the natural world.

The climate crisis and gender were discussed for the first time at this year’s edition of the PILG. It was a fresh topic as a reminder that public interest law evolves and must be adaptive and transformative.

As the PILG’s own mission reflects:

“The challenges within the public interest sector have served as a stark reminder that the sector is not immune to the many social challenges within the broader society. We, therefore, have a responsibility to address difficult issues of abuse of power, sexual harassment, bullying and other behaviours that are antithetical to the common goals of the sector of using the law to promote human rights and social justice.” MC