Growing South Africa begins with investing in our children’s nutrition 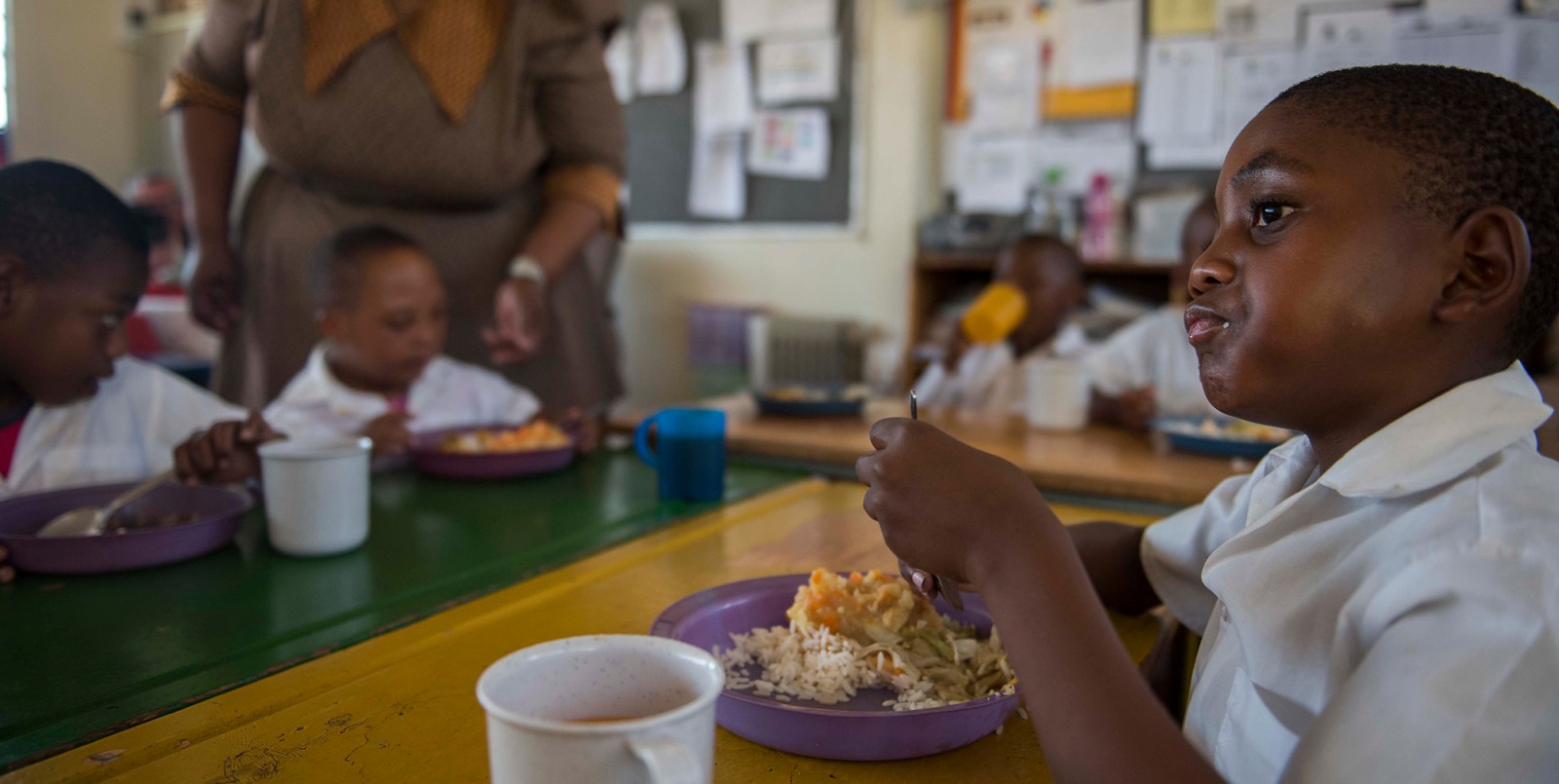 Slashing stunting and undernutrition before they take root will allow our children to be able to learn and set them on a path to greatness, says the writer. (Photo: Gallo Images / Alet Pretorius)

Children are our future, yet over a quarter of those under five years of age suffer from stunting. In other words, they are short-for-age. This not only jeopardises their life prospects, but that of economic growth as well.

The finance minister’s Aloe ferox needs water and good nutrition. We couldn’t have put it better. The drought is devastating our country and its people are chronically undernourished. Both have severe effects on economic growth and development, and need to be tackled urgently.

The water crisis is easy to see. The time-series photography of dams across South Africa shows massive shrinkage and government is gearing up to respond to it. However, the social and economic shrinkage caused by chronic undernutrition is more insidious but just as damaging.

Children are our future, yet over a quarter of those under five years of age suffer from stunting. In other words, they are short-for-age. This not only jeopardises their life prospects, but that of economic growth as well. Stunting is a prominent factor in calculating the World Bank’s Human Capital Index, a composite measure that quantifies the productivity of future generations based on their health and education attainment.

South Africa’s is lower than in many poorer countries. Our ranking on this index, partly driven by our high levels of stunting, suggest that a child born today can only be 41% as productive as she or he would have been under optimal health and education conditions. That’s on par with Zambia and not far ahead of Ethiopia, with far lower per capita GDPs than South Africa.

Countries like ours with levels of stunting approaching 30% penalise themselves to the tune of 7-10% of GDP per capita. This is because stunting affects the health and cognitive development of children, undermining their ability to learn and be absorbed into the workforce upon leaving the schooling system. In addition, stunted mothers are more likely to have stunted children, trapping families in intergenerational cycles of poverty.

And it’s no good pointing to the Primary School Nutrition Programme as evidence of government commitment. That’s a crucial programme that reduces hunger and helps children to concentrate in school. But the critical period for brain development is during pregnancy and in the first few years of life. It’s when children are most sensitive to positive stimulation. Conversely, it is also when children are most vulnerable to chronic undernutrition.

It was encouraging to see that National Treasury recognises the power of early childhood development (ECD) in driving economic transformation, inclusive growth and competitiveness. It was front and centre of the executive summary of the economic strategy document released by Treasury. While a commitment to nutrition and early learning will not help South Africa’s immediate fiscal crisis, they are essential to future national productivity, employment and growth.

In practice, this requires food supplementation for undernourished women during pregnancy and effective detection and management of micronutrient deficiency during antenatal visits. In light of research showing that a quarter of pregnant women in South Africa go hungry, an effective response would be to expand the child support grant (CSG) into pregnancy, providing vulnerable women with the means to meet their nutritional requirements and attend their healthcare visits. Countries such as Brazil, Mexico and Chile that have had income support programmes for vulnerable pregnant women have recorded positive returns on these investments, with the money being spent mostly on nutritious food and health care.

South Africa’s National Development Plan already identifies the expansion of social protection into pregnancy as a policy aspiration. What is needed now is to move from aspiration to action. Slashing stunting and undernutrition before they take root will allow our children to be able to learn and set them on a path to greatness, and this is an avenue the minister and his economic planning team must explore if we are to turn our country’s fortunes around.

To borrow from the minister’s speech: “Hope is good, but it is not a strategy.” We have to build the future, and good nutrition is the foundation. If we don’t lay those foundations now, in 25 years’ time we will still be agonising over our inability to improve education, create jobs and balance our books. DM

Ofentse Mboweni is a communications officer at the Grow Great campaign.