SHELTER FROM THE STORM 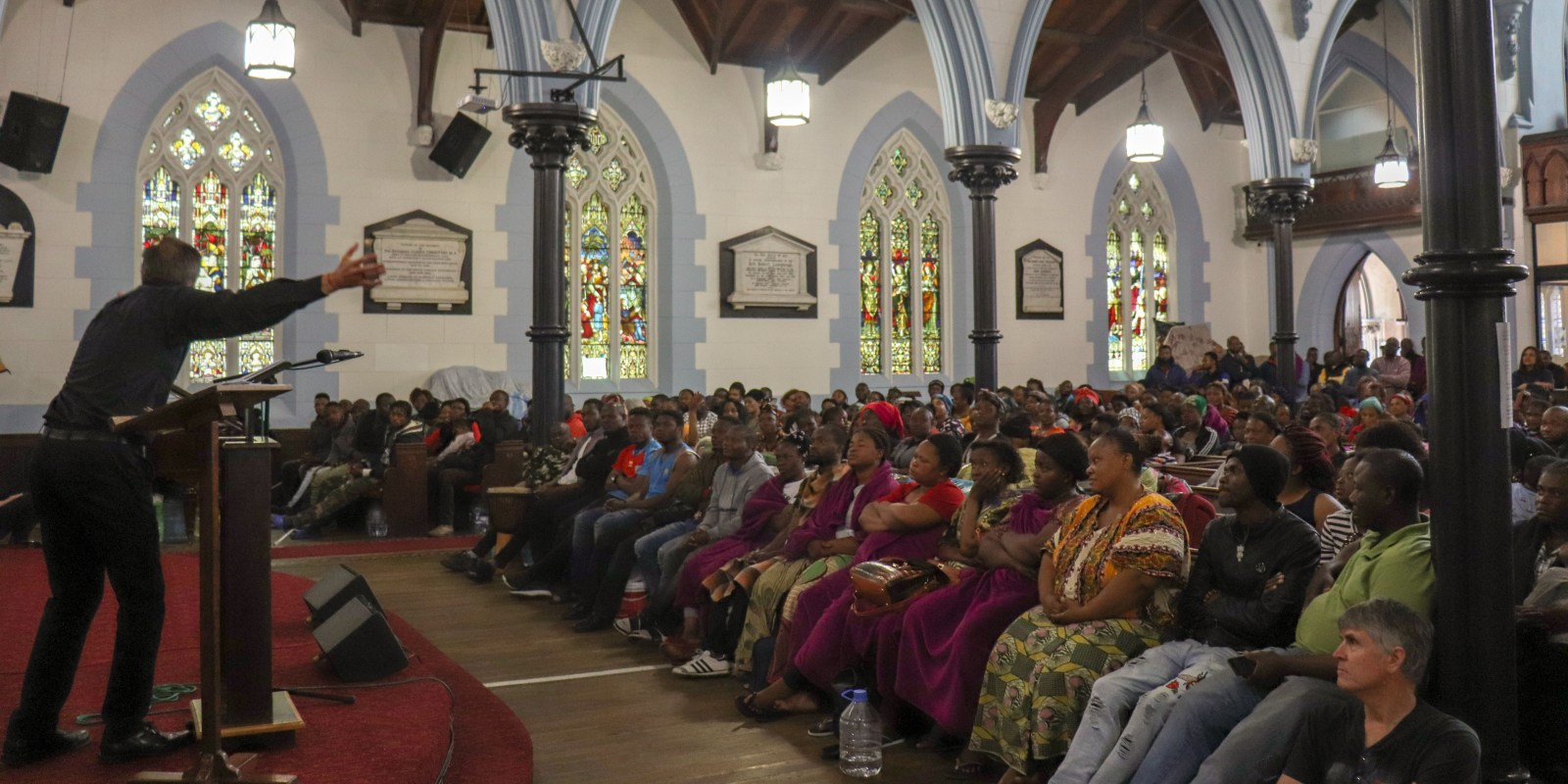 Since last Wednesday, hundreds of refugees have been housed in Cape Town’s Central Methodist Church following their forcible eviction from a building they were occupying in protest. On Sunday, refugees and congregants alike gathered for services, sharing hopes, prayers, and concerns.

After an energetic pre-service medley of song and dance, Reverend Alan Storey addressed his congregation of refugees gathered at the Central Methodist Church in Cape Town on Sunday:

“It is wonderful to hear the rhythm of your faith, the songs of your heart,” he told the smiling crowd. Refugees filled the pews, their belongings and bedspreads lining the perimeter of the church.

“Sometimes when you don’t have a place you can call home, you may begin to forget that you are sacred, that you are worthy. I don’t want you to forget it.”

Joan and Ian Proudfoot have been attending the Central Methodist Church on Greenmarket Square in Cape Town for more than five years. Both congregants sped to the church on Wednesday afternoon after learning of the havoc taking place outside its doors. Both provided emergency medical service to refugees injured by rubber bullets and teargas.

“This is absolutely what we should be doing,” Joan told Daily Maverick. “When I saw that whole thing happening, I knew they’d be landing up here. It was inevitable, and I expected the church to take these people in.”

“For them to be accommodated here indefinitely is just not realistic,” Ian said. “But in terms of sharing community, being part of the same congregation, that’s a very different thing. I think this is enriching for us as a community.”

“I hope you feel safe here,” Storey told the displaced people. “But we also know you cannot stay here forever.”

Refugee leaders, including Congolese activist JP Balous, must now figure out the group’s next steps. Despite lacking a clear plan, they remain resolute.

“We thank the church for accommodating us,” Balous said. “And when they feel like we are becoming a burden to them, we will live on the streets. Because there is no way we can go back.”

The church rang with a general air of optimism, and many refugees seemed confident that a peaceful solution would be found.

“We are very hopeful,” said one man, who declined to be named. “There is no one who ever gets something without passing through suffering.”

From the pulpit, Balous gave a quick speech to his community. “No matter where we go, we will be safe, as long as it is not South Africa,” he said. “Out of the hands of pharaohs, we will be delivered.” DM