Zwide stadium erupts: ‘That is our Siya, we are here...

Zwide stadium erupts: ‘That is our Siya, we are here for him’ 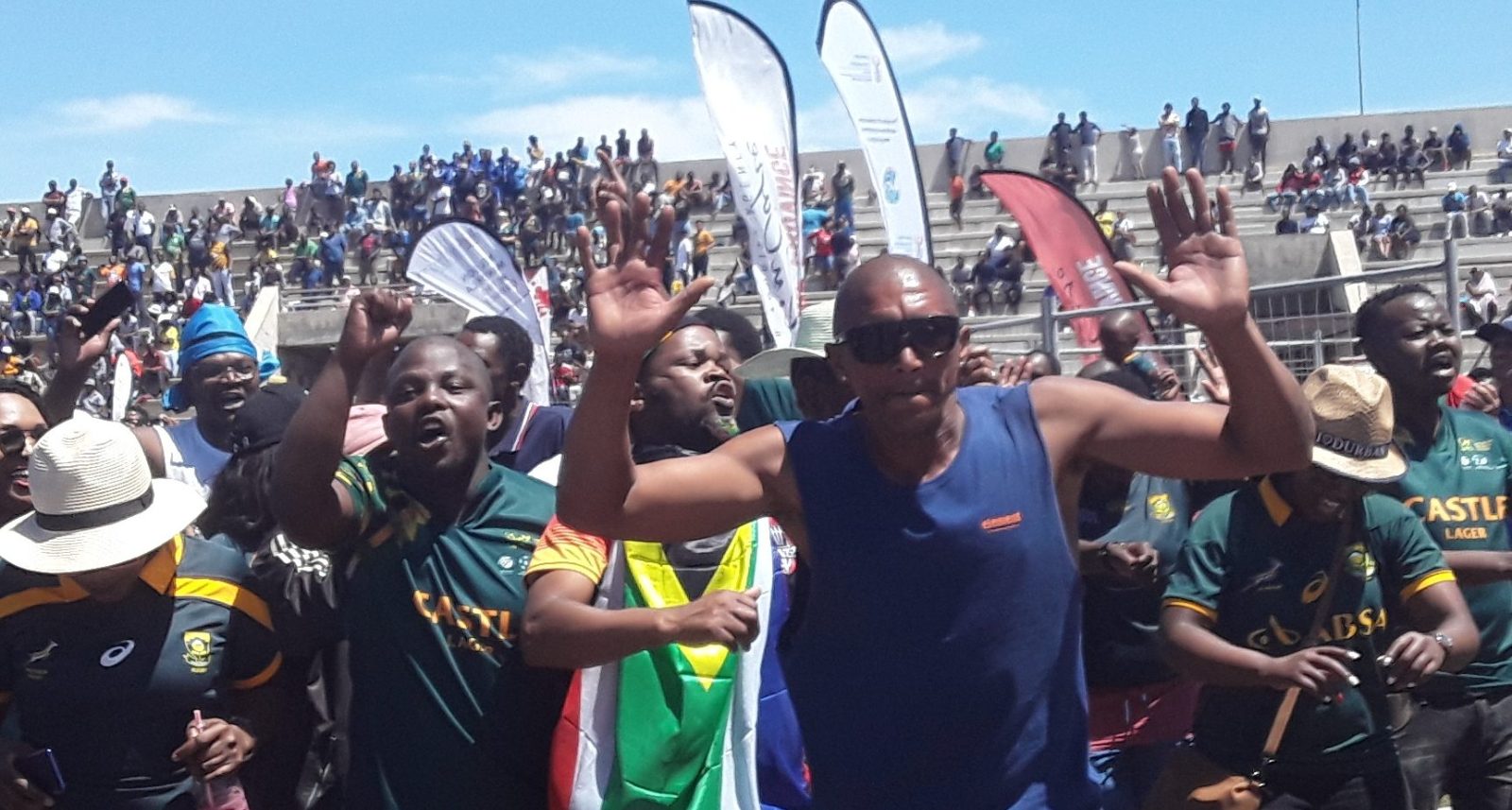 As the national anthem started playing over the big screen set up at the stadium in Siya Kolisi's home town of Zwide in Port Elizabeth, the crowd rose to their feet chanting captain Siya Kolisi’s name – and for 80 minutes they never sat down again.

They are here for him. Their Siya. As the crowd at the Zwide Stadium grows from 1,000 to 3,000 in the first half of the Rugby World Cup they all say the same thing: We are here for him. For our Siya. This is Siya’s field. They what the hash-tag means. #StrongerTogether.

A few minutes away at Oom Cola’s tavern, where Kolisi watched the 2007 World Cup final a few blocks from his family home, the streets were packed before 9am as people started drinking and celebrating.

In New Brighton at Blawa Butchery, former Springbok team manager Zola Yeye gets ready to watch the game. “I am here with some veteran rugby and cricket players,” he said.

On the road to Bay West mall where one of the MTN fan sites were set up, an unprecedented traffic jam is possibly only surpassed by Black Friday and the day before Christmas shopping. Children with flags are hanging out of windows.

Over at the Blou Ballon, a sports bar in coach Rassie Erasmus’ home town Despatch, the excitement started on Friday when people gathered to share their good wishes for a television recording.

At Zwide Stadium the crowd cheers every point scored and grunts for every mistake. Boys who are playing with a rugby ball get called over and a heated discussion, including a demonstration of what just happened, ensues.

A group of men arrive late. They take off jackets. “We left our wives at a funeral,” they say.

With every point scored the flags go in the air. As England comes close to scoring a try the crowd falls silent. For every metre that the English team is pushed back, they cheer. Someone starts singing Shozoloza.

(See video here of celebratory crowds at the Zwide Stadium)

Ambulances and fire engines arrive with staff who are on duty. They watch the rugby and the radios. Every time South Africa scores they switch on their sirens.

“We need a try,” one man tells his neighbour. “But my wife said I must go walk around a bit for my heart. I can’t watch all of this.”

The half-time score is celebrated but they are still tense.

A man arrives with a big cooler full of beer and suddenly promises of an alcohol-free venue are forgotten as beers are shared among strangers. Security guards look the other way.

Consecutive tries are celebrated wildly. A banner with Kolisi’s face is passed around for selfies.

As the second half wraps up the cameras show the William Webb Ellis trophy being engraved with South Africa’s name. The crowd starts dancing, but they are still waiting.

When Kolisi lifts up the trophy the noise is defeaning. Children are lifted on shoulders. Flags to up in the air. People are dancing and chanting his name. “Our Siya. That is our Siya. We are here for him.” DM