Street dwellers hail their hero as Siya Kolisi thanks a... 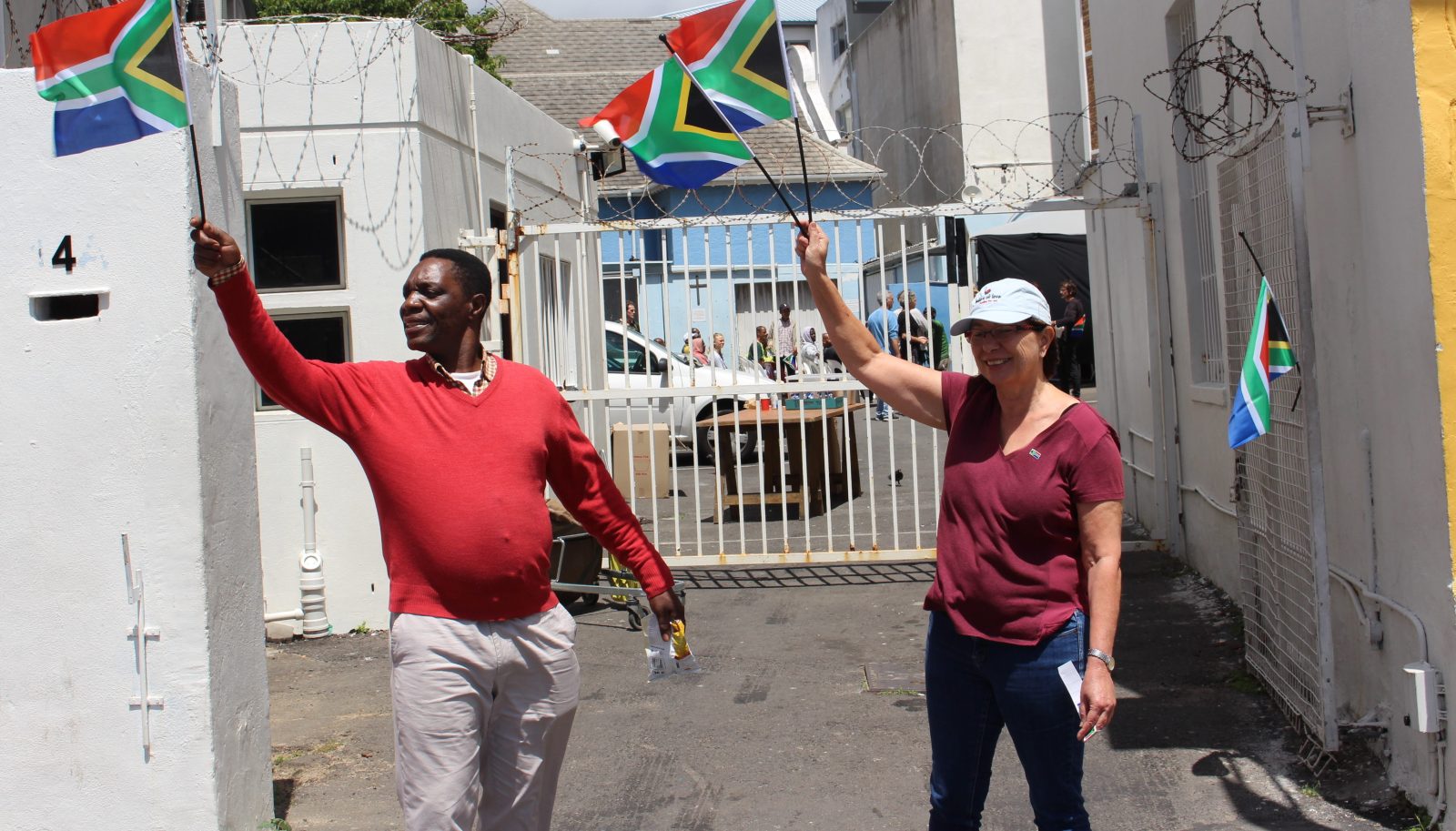 When Springboks captain Siya Kolisi mentioned the homeless in his post-match interview, shouts of joy erupted from street dwellers who had gathered at a soup kitchen in Cape Town for a special screening of the game.

Ladles of Love, a volunteer-run soup kitchen in the Cape Town CBD, hosted a special World Cup screening for the homeless just before their Saturday lunch service.

Around 100 street dwellers gathered at The Hope Exchange on Roeland Street where they could enjoy the game on five flatscreens set up both outside and indoors.

Jonathan Cecil, a 50-year-old “diehard” sports fan, said if it wasn’t for the screening he might have missed the game.

“Maybe I would have stood outside a bar and looked through the window,” he said, saying how he’s been kicked out of restaurants and bars in the past for being a “hobo”.

“They would say I’m dirty.”

“It was so exciting!” she said. “I have my whole family here from the shelter,” she said, adding that she lived in Safe Space, a City of Cape Town-run facility.

Danny Diliberto, the founder of Ladles of Love, hoped that this gesture would send a message that the homeless deserve dignity.

“To be able to provide them with this sends out that message that we don’t see you as homeless, we see you as people and we know you’ve got challenges and we just try to make your challenges that little bit easier and that’s what I think is so great about this, that people can come together and give to those that don’t have.”

Diliberto, who felt this World Cup was more than memorable, said: “It like took me a second to realise that he actually knew that we were doing it for the homeless people as well … What a World Cup, I’ll never forget this one, that’s for sure.” DM