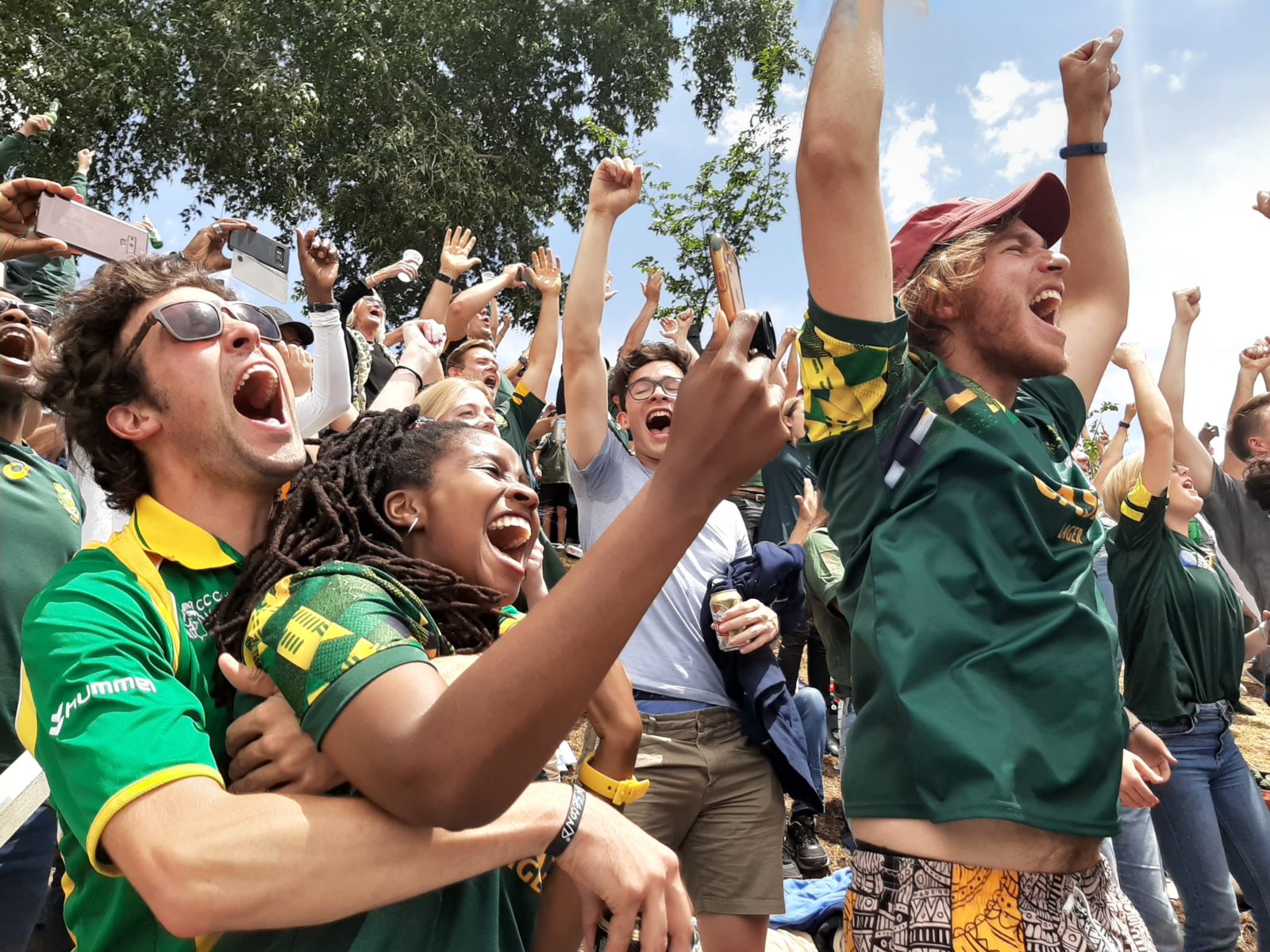 From Khayelitsha to Roodepoort to Pretoria to Japan, South Africans from all walks of life came out in their numbers to support the Springboks in the final of the 2019 Rugby World Cup. And with 57 million South Africans willing the Boks to bring the Webb Ellis Cup home, the boys did not disappoint, beating England 32-12.

The raw action may have taken place in Japan, but back home in South Africa, a tide of euphoria washed through the country as the Springboks emerged as 32-12 victors against England in the Rugby World Cup final at the Yokohama Stadium.

These were the words of an elated, somewhat tipsy 52-year-old Alan King.

He was one of hundreds of people who gathered at the Pirates Sports and Rugby Club in Greenside, which at times resembled a volcano spewing green lava.

There were three seismic eruptions felt around Greenside during the 80 minutes that the game was played.

The first happened from the 29th minute to the 34th minute when the South African tryline was under siege from England.

Each tackle by a Springbok player to fend off the English was met by massive cheers. There was a thunderous roar as South Africa defended their territory, although they conceded a penalty in process.

But three England points from the resultant kick at goals seemed like a small dent, and the Bok supporters remained happy.

Then there was a sustained tremor that lasted for about three minutes.

It began when Owen Farrell missed a penalty in the 54th minute, when it seemed as if the momentum might be swinging England’s way.

Then right after that sequence, Makazole Mapimpi won an aerial duel. Another reverberation.

In the 57th minute, the magical boot of Handre Pollard put the Springboks nine points clear, the score reading 18-9.

However, the volcano spewed green lava throughout the club when Mapimpi touched down for a try after some great interplay with Lukhanyo Am.

That’s when South Africans knew that their third Rugby World Cup was in the bag. Beer rained from the sky, people screamed until they were hoarse, there were a few tears rolling down cheeks and sounds of Shosholoza rang out. It was a great display of passion.

“I’m pretty excited that we won, I’m not going to lie. I never thought it was going to happen. It was pretty touch and go for a while. I think it’s good.

We haven’t won anything, sporting-wise, in a long time. So, I think it’s nice that we’ve got something positive to think of in a time that’s quite negative” said 25-year-old Mpho Aphane, who was watching the match with her friends.

Yusuke Kurioka, a 37-year-old Japanese living in South Africa, told Daily Maverick that despite being Japanese, he had supported South Africa throughout the tournament. He said even when the Boks played against Japan, he was rooting for his adopted country.

“I remember where was I was during the 1995 World Cup, I remember where I was for every World Cup since, and today is the best. I’m over the moon and this is amazing. I even got my Australian husband to wear a Springbok rugby jersey today, so I’m very happy.”