Questions were within the parliamentary paradigm of questioning 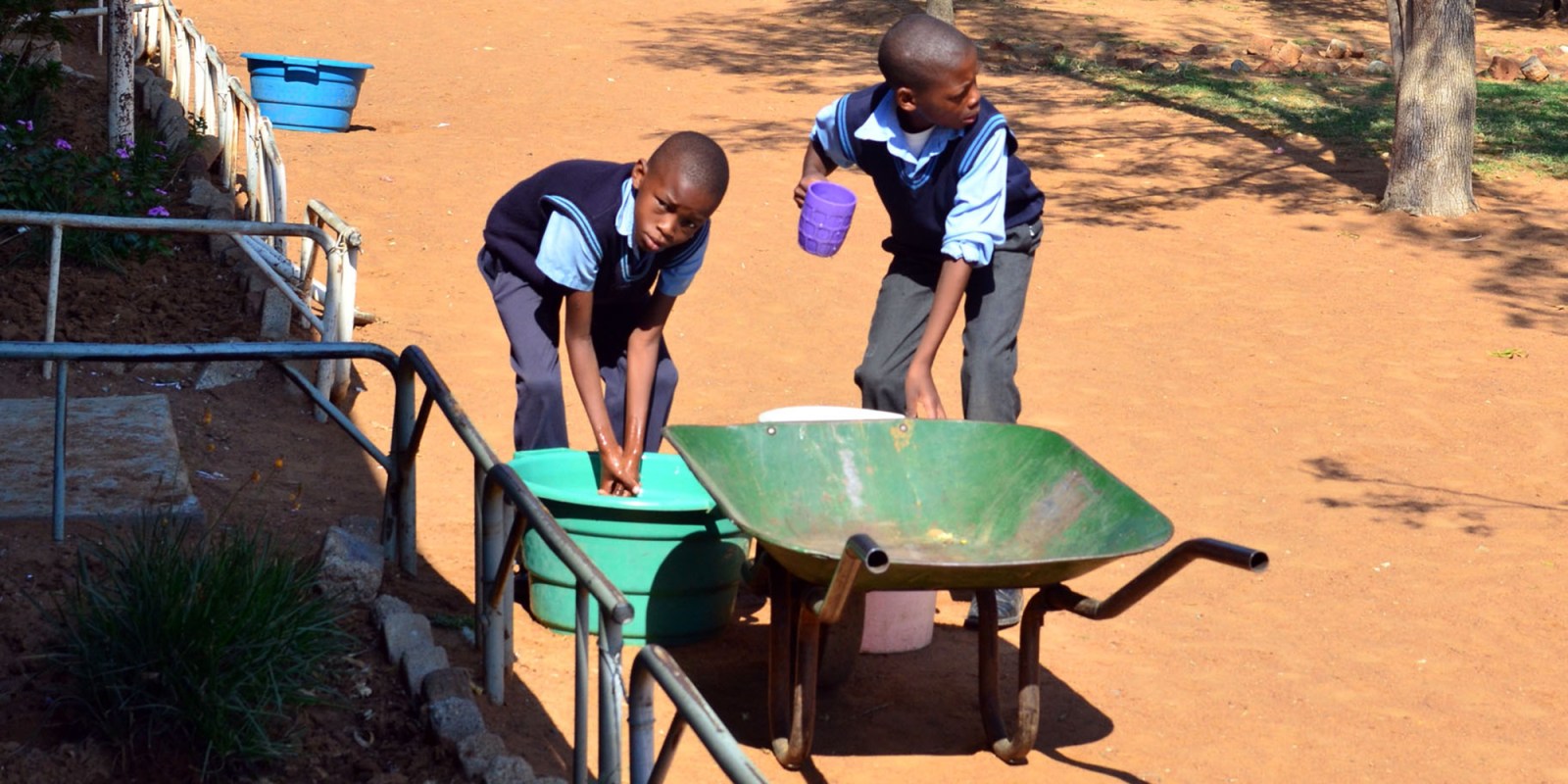 SECTION27 has been working with schools, parents and learners in Limpopo over the past seven years on issues relating to school sanitation. (Photo: Gallo Images / Sowetan / Tiro Ramatlhatse)

Despite claims by Dr Faranaaz Veriava of SECTION27 that members of the Portfolio Committee on Basic Education were antithetical in their engagements with the NGO, we stand by the constitutional imperative of the promotion of public participation and the ethos of the South African democracy in the manner we conduct the work of the committee.

Promotion of public participation is part of Parliament’s constitutional mandate, and all its committees and individual members are driven by the reality of that mandate in the manner in which they conduct their work. The Portfolio Committee on Basic Education, as one of the parliamentary committees, is subjected to that mandate, hence its door is always open to the public, individuals, organisations and its stakeholders.

I expressed the indebtedness of the committee to the two NGOs in our last meeting for highlighting issues that need the attention of the committee from time to time and for making constructive contributions to ensure better quality of life for children, especially in the rural communities.

During our meeting with both NGOs at Parliament, on 22 October 2019, where we discussed sanitation and the state of education in South Africa, the NGOs briefed the committee on studies done, findings, concerns and recommendations.

Like all the other parliamentary meetings, the meeting was frank and robust, and members of the committee asked probing questions to the representatives of the NGOs. Questions such as in whose interest is their role in the sector, and their sources of funding. Those questions were asked in good spirit and in the context of establishing that we were on the same page with regard to the interest of children, especially of the previously disadvantaged communities.

Indeed, the meeting was our first engagement as a new committee in this parliamentary term with the NGOs, and normally, as new players in the sector, such questions were inadvertent. We are new in the sector, in a country where there is a reality of the existence of organisations that claim to represent the poorest of the poor, yet they are not. Both organisations had requested to brief us on this matter and because of our open door policy, the committee agreed. They should therefore have expected robust questions and discussions as they are familiar with the parliamentary process.

As the chairperson of the meeting, I noted that the representatives of SECTION27 felt under attack by the comments and probing tone of some of the questions from the honourable members of the committee.

I want to reiterate that the questions were within the parliamentary paradigm of questioning. Not a single one was outside or antithetical as Dr Faranaaz Veriava of SECTION27 has claimed in her column. Had that been the case, I would have intervened in defence of the representatives of civil society and to ensure the promotion of participatory democracy in the meeting.

The question that is used as an example, in the column backing the claim that the committee was antithetical against SECTION27 from a member who wanted to know why SECTION27 sought to prioritise school sanitation, was in the context of establishing the interest of the organisation, as I have said that we are new in the sector.

The apology I made at the end of the meeting in my closing remarks was on grounds that I realised the representatives of the NGOs couldn’t take the robustness of the questions and fair comments of the members of the committee and seemed offended by it. Not as an admission that the questions were paradoxical as it is implied in Dr Veriava’s column. To say that the questions were grilling is shocking and ridiculous.

We stand by the constitutional imperative of the promotion of public participation and the ethos of the South African democracy in the manner we conduct the work of the committee. Let us hold hands and work together to build a better society and a better education system for all our children. DM

Bongiwe Mbinqo-Gigaba is chair of the Portfolio Committee on Basic Education.