Confusion over platinum wage talks and murder on the Platinum Belt 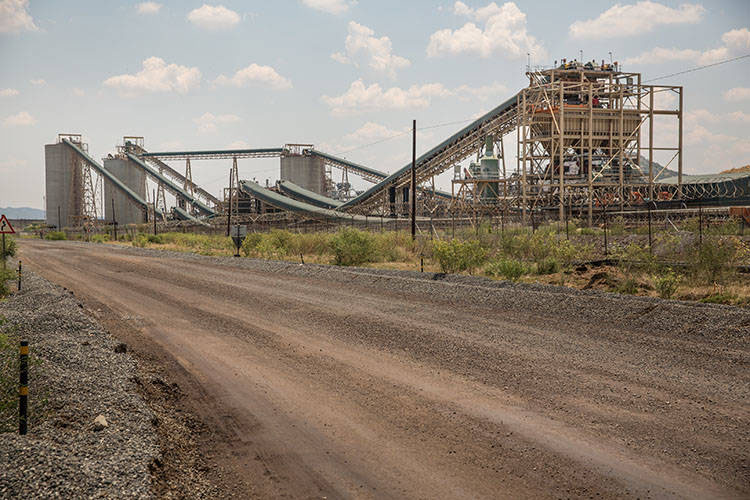 Under the land that belongs to the Bakgatla Ba Kgafela lie the richest platinum deposits on Earth. Photo: Daniel Born

There is more confusion than clarity as wage talks in the crucial platinum mining sector approach a tipping point. In the case of Amplats, the sides are very close, with sources saying NUM and Uasa have accepted its latest offer in principle. But Amcu is keeping its cards close to its chest. And a NUM member has just been gunned down.

Wage talks in the crucial platinum sector are nearing a climax, depending on you speak to. Business Maverick understands that the National Union of Mineworkers (NUM) and Uasa have agreed in principle to the latest wage offer from Anglo American Platinum (Amplats).

A NUM source has confirmed as much off the record. Sources have said Amcu has also signalled that it will take the offer to its members, but its president Joesph Mathunjwa did not confirm this when asked by Business Maverick for comment. “I need to check with my negotiators,” he said.

Still, the sides are close and the gap has been narrowing. Amcu’s demands are for hikes for its lowest-paid members of R1,500 a month for the next three years, which would be a cumulative increase over that period of close to 40% – well above current rates of inflation.

Business Maverick understands that Amplats’ offer in the first year is an increase of R1,000 a month for the lowest-paid categories and then an extra R800 a month in the next two years, which is also not a bad deal. Amplats declined to comment when asked about its offer. The Anglo American unit has seen its earnings surge, which could make Amcu stick to its guns, or at least hold out for a better offer.

Amcu sees itself as the pride of the platinum belt and Mathunjwa told Business Maverick via Whatsapp that: “Amcu is the majority in these mines. Solidarity, NUM and Uasa are just there because they are recognised. We are doing all the work and they are like hyenas waiting for the lion to make a kill.” Indeed, Amcu could likely make the case that its demands are the reason why Amplats has made a pretty decent offer.

Amcu is the majority overall at Amplats by virtue of its control of the workforce at the conventional Amandelbult mine. NUM, by contrast, holds sway at its mechanised operations such as its cash spinner Mogalakwena.

“Wage talks between Anglo American Platinum and the three recognised unions at our operations have progressed well, and we are confident that we will be able to reach a mutually beneficial settlement soon,” Amplats said when asked for comment.

Its also probable that Impala Platinum (Implats) and Amcu are getting closer. But as in the case with Amplats, nothing is set in stone and no deal has been agreed yet. Sibanye-Stillwater appears to be the furthest from a deal at this stage.

Against this backdrop, it is worrying that Kaizer Lungisa Madiba, a member of NUM and Sibanye employee, was shot and killed on Friday morning in Marikana by unknown assailants. Sibanye is also set to hold Section 189 consultations next week regarding proposed lay-offs at the Marikana operations it acquired which it took over Lonmin.

Gideon du Plessis, who heads the Solidarity trade union which represents mostly skilled workers, told Business Maverick that the consultations were being split between Amcu on one side and NUM, Solidarity and Uasa on the other in a bid to defuse tensions. Solidarity has objected to this he said because: “We felt that this form of anarchy should come to an end and that we needed to put our foot down and fight back to restore the balance of power and the rule of law.”

NUM is also planning to hold a rally at Marikana on 17 November. So November should be an interesting and crucial month in the platinum sector. At least the gap between wage demands and offers is not a chasm. BM