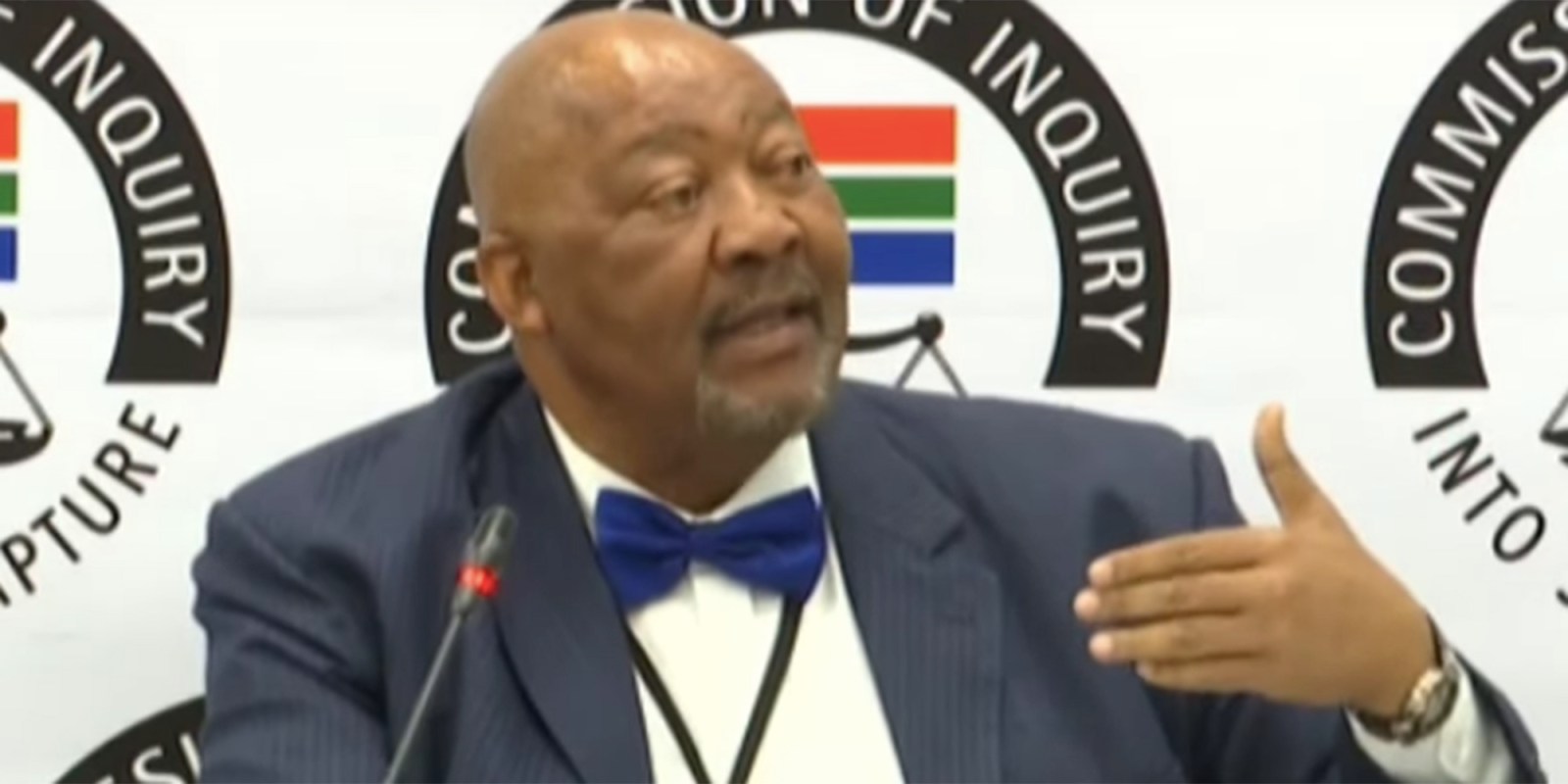 Eskom’s former divisional head for corporate affairs, Chose Choeu, refuted claims that he coerced a colleague to sign off on a deal with Gupta-owned newspaper The New Age.

On Tuesday, the Zondo commission of inquiry into State Capture heard testimony from Eskom’s acting strategic communications and marketing manager, Peter Pretorius, who testified that a former colleague, Chose Choeu, forced him into signing a contract with The New Age (TNA).

This was notwithstanding the fact that Pretorius initially declined the offer when it was proposed to him by Jacque Roux — a notorious Gupta business associate. Pretorius immediately informed Choeu of his meeting with Roux and expressed his uneasiness with agreeing to sponsor the business breakfasts for R1-million an event.

“That’s incorrect, if he had unhappiness about the process itself, he would have discussed them with his boss. I’m surprised,” Choeu, who has since retired, told the commission.

“He never conveyed to you his concerns that the sponsorships proposal could not be supported?” probed evidence leader advocate Kate Hofmeyr.

A question to which Choeu responded with an emphatic “no”.

Choeu, however, did admit to instructing that Pretorius meet TNA representatives and expressed his desire that they received support.

According to Pretorius’s testimony on Tuesday, Choeu’s instruction did not originate from him. Choeu was also acting on a directive from then Eskom CEO Brian Dames, who had been instructed by Malusi Gigaba in his capacity as the minister of public enterprises at the time.

“Did you say that to him?” Hofmeyr probed.

“No. Nor did Mr Dames say that to me at that meeting or even after that meeting,” Choeu answered.

Choeu told the commission that Pretorius had coined this version of his testimony.

The meeting Choeu is referring to took place in August 2011 and was attended by Roux, alongside Dames.

In his affidavit, Choeu alluded to briefing notes written by an Eskom staff member for Dames before the meeting.

And it was in these notes that TNA’s dodgy reputation had been flagged.

“The newspaper has been marred by controversy. Five senior journalists including the editor at the time, Vuyo Mvoko, formerly and now currently at the SABC, resigned from the newspaper just days before its launch. Reasons behind the mass exit were never made public, but speculation is that it has something to with the newspaper’s editorial policy given that the owners of the newspaper, the Guptas, have close links with the Zuma family and the ANC,” according to the briefing notes as read by Hofmeyr.

During the meeting, Choeu said he witnessed Dames commit to an agreement with TNA despite being informed in the briefing notes of the media outlets’ questionable reputation.

“He [Dames] was quite favourable to us supporting TNA. He made a commitment that we would support them,” said Choeu.