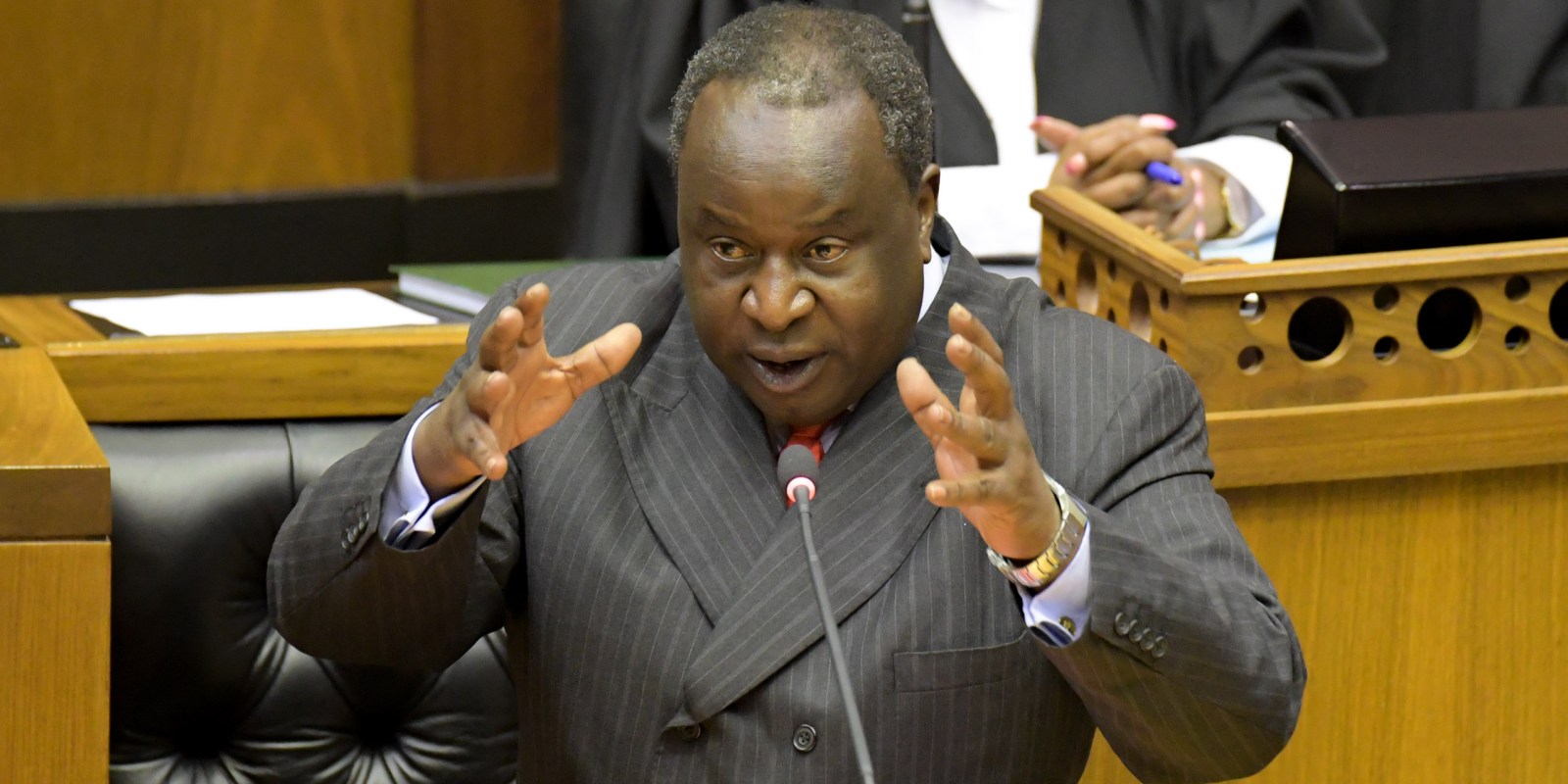 Economists and analysts are among the groups Finance Minister Tito Mboweni needed to woo with his Medium Term Budget Policy Statement. They were not amused.

Economic growth this year of just 0.5% and budget deficits going north of 6% of gross domestic product. Rising national debt despite cost-cutting of R50-billion annually over the next three years, for a total of R150-billion. And no real master plan to significantly boost growth and employment.

These are some of the main takeaways of Finance Minister Tito Mboweni’s Medium Term Budget Policy Statement (MTBPS) delivered to Parliament on Wednesday, and the initial reaction from economists and analysts is a big thumbs down.

Mboweni did get some credit for honesty, but it is impossible to conceal the scale of South Africa’s growing fiscal and economic mess.

“But the question lingers of why you throw the kitchen sink out now and you don’t do anything about it on the expenditure side. There is clearly a strong political blockage to leap from the annual R50-billion of expenditure cuts pencilled into the R150-billion required to start to reach a primary balance and stabilise debt to GDP ratios,” he said.

George Glynos, head of research and analytics and ETM Analytics, was characteristically blunt.

“This MTBPS at face value gets an outright fail, 3/10. This is simply not a good-enough effort. Reminder to those in government that you cannot borrow or spend yourself wealthy,” he told Business Maverick.

Referring to rating agency Moody’s, which is expected to lower its outlook for South Africa as a final step before it cuts the country’s debt rating to junk, Glynos said:

“This must surely push Moody’s over the edge and a downgrade to the outlook now looks inevitable — and I would be surprised if a downgrade to Junk in Q1 2020 did not materialise,” he said.

“At first sight, this looks negative. There is no ‘ultimate’ debt plan to restore sustainability for Eskom [and] other SOEs [that] need support — on the back of the fiscal deterioration alone (weak growth, weak revenue, higher spending on Eskom largely already announced), public debt will now rise to much higher levels. All of this points to a likely negative outlook from Moody’s come Friday, with an eventual downgrade in 2020 or 2021 unless South Africa somehow reverses course.”

Shawn Duthie, an analyst at Africa Risk Consulting, gave the statement some credit.

“On the whole, it was a positive speech as Mboweni’s speeches usually are. Mboweni’s plans to freeze and reduce public service expenditure are important,” he noted. But he added:

“Mboweni could have been more forceful in pushing the ideas of his Economic Growth document. Instead, he all but admitted that Eskom will receive more financial support from the government — and government debt relief is also likely in the future.”

Mboweni also needed to impress Moody’s. It is expected to render its judgment on Friday 1 November 2019. BM