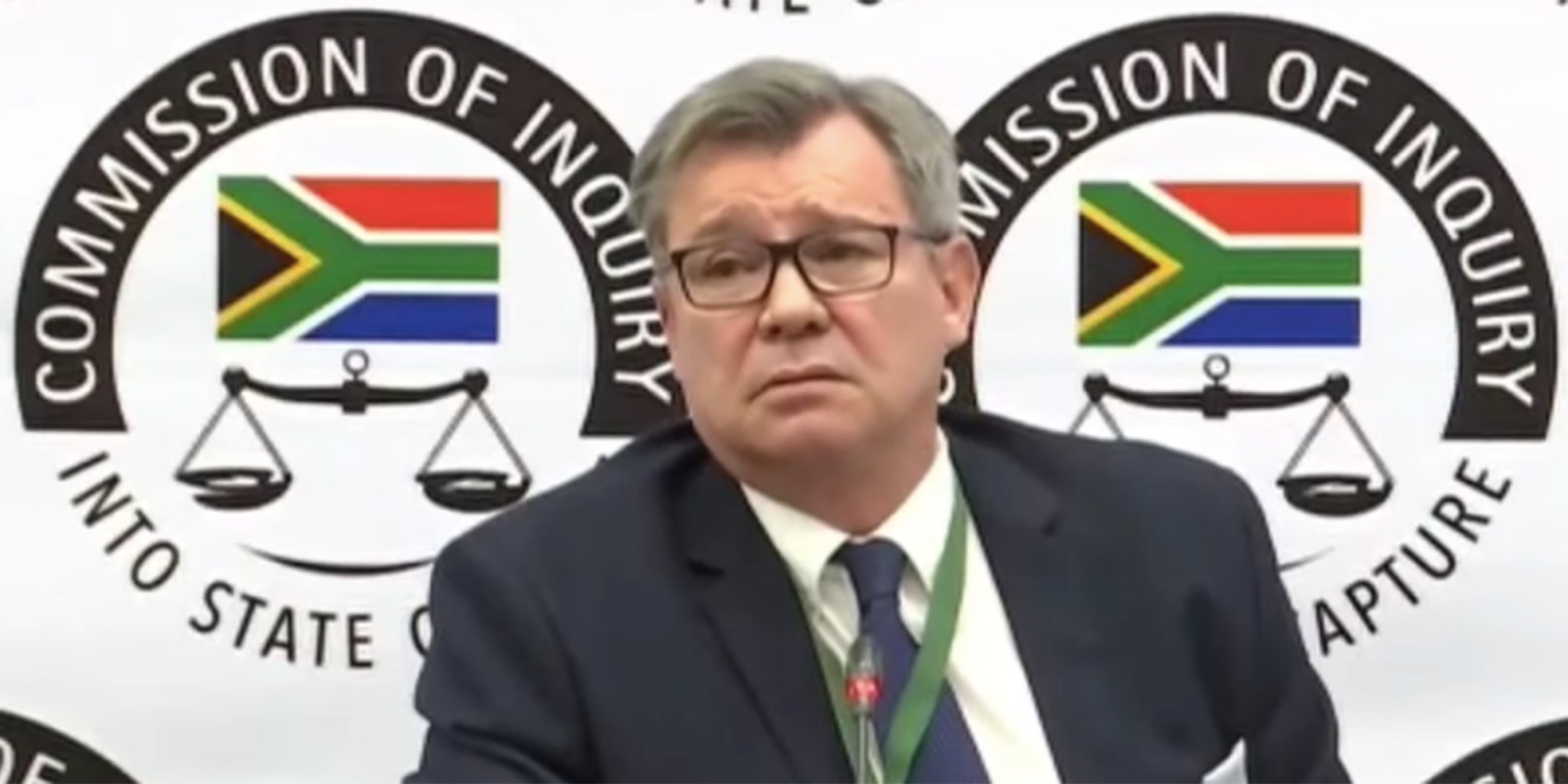 Eskom’s acting general manager for marketing and branding, Peter Pretorius, told the Zondo commission of inquiry into State Capture that he was forced into signing a multi-million-rand deal involving the now-defunct Gupta-owned newspaper The New Age for advertising and sponsorships.

The Zondo commission of inquiry into State Capture has heard numerous testimonies detailing how the Guptas leeched from major state-owned entities — from Transnet all the way to Eskom.

Testimony presented on 29 October by Eskom’s acting general manager for strategic marketing and communication, Peter Pretorius, alluded yet again to how governance policies were easily ignored when Eskom signed an advertising and sponsorship deal with The New Age (TNA).

According to Pretorius, in March 2o12 he received an email from an “alleged” TNA representative by the name of Jacque Roux — a known Gupta business associate — requesting a meeting to discuss a proposal for Eskom’s media division relating to sponsorship and advertising.

It was during this meeting TNA proposed that Eskom sponsor the infamous TNA business breakfasts for R1-million per event.

Pretorius told the commission that he immediately declined the offer because the newspaper had unreliable circulation and readership figures and it was not certified with the Audit Bureau of Circulation (ABC), a body that certifies and audits the circulation of major publications.

“You can’t put that kind of money into a publication that doesn’t have a track record,” Pretorius said.

Eskom, Pretorius said, has a policy that bars the utility from doing business with publications that are not ABC accredited. But it makes provisions for start-ups, though this would not involve long-term contracts or large sums of money.

Pretorius says he informed Chose Choeu, a former divisional executive for Eskom’s corporate affairs, about the meeting and was certain it was a closed matter.

However, he said a few weeks later there was “an instruction” issued saying “they will enter into this agreement”.

TNA subsequently held another meeting, this time with Choeu and Pretorius, and in attendance was Nazeem Howa — another Gupta business associate whose name has been mentioned in multiple testimonies.

“I again expressed my concerns around this. I was asked to leave by Howa when I did so. After the meeting I had a discussion with Mr Choeu and raised concerns about this proposal,” said Pretorius.

“And he said to me: ‘Peter please, this is an instruction, it comes from the Minister. Brian Dames (former Eskom chief executive) said we will do this,” Pretorius added.

Pretorius testified that Dames had received an instruction from Malusi Gigaba to conclude the deal. The instruction was then directed to Choeu who then pressured Pretorius to sign it off.

Gigaba was at the time the Minister for Public Enterprises.

Furthermore, Pretorius said there were subsequent emails where Gigaba’s staff members were included in during discussions between TNA and Eskom, which piqued his suspicion that the orders had indeed come from Gigaba.

However, the former minister denied these claims in a response affidavit filed with the commission.

“I deny that I ever gave such instruction. Such would amount to me as a representative of a state shareholder interfering with the matters of Eskom which I never did,” according to Gigaba’s statement as read by the evidence leader, advocate Michael Mbikiwa.

Pretorius refuted Gigaba’s statement and told the commission that the former minister had interfered in the operation of the business on many occasions relating to other issues prior to the TNA incidents. He said Choeu would not have forced him into sealing the agreement unless he had also been pressured by a higher authority.

Eventually, the contract was concluded and between 2011 and 2017 TNA scooped R59.6-million from Eskom in three advertising and business breakfast contracts.

Of the business breakfasts, according to Pretorius, TNA’s position was that Eskom would benefit from the sponsorship agreement because it would have a platform to display its banners relating to a campaign that was being promoted by the entity at the time.

Eskom launched the 49M initiative in 2011 to encourage South Africans to cut their electricity usage. The campaign was named after the country’s population at the time. Pretorius further told the commission that Eskom did not get value for money with these contracts because even during the business breakfast events, most of the tables would be filled by Eskom employees.

“Why would Eskom want to spend a lot of money at such breakfasts simply to have these things [49M campaign banners] shown?” a seemingly puzzled Deputy Chief Justice Raymond Zondo asked.

“I could understand maybe if a private business wants to advertise, maybe it might make some sense. But Eskom is a state-owned entity, why is it important to it to just have its name at such breakfast shows?” Zondo queried.

Pretorius testified that it was also nonsensical to him that so much money be spent on such an agreement.

The commission will hear testimony from Choeu on 30 October. DM