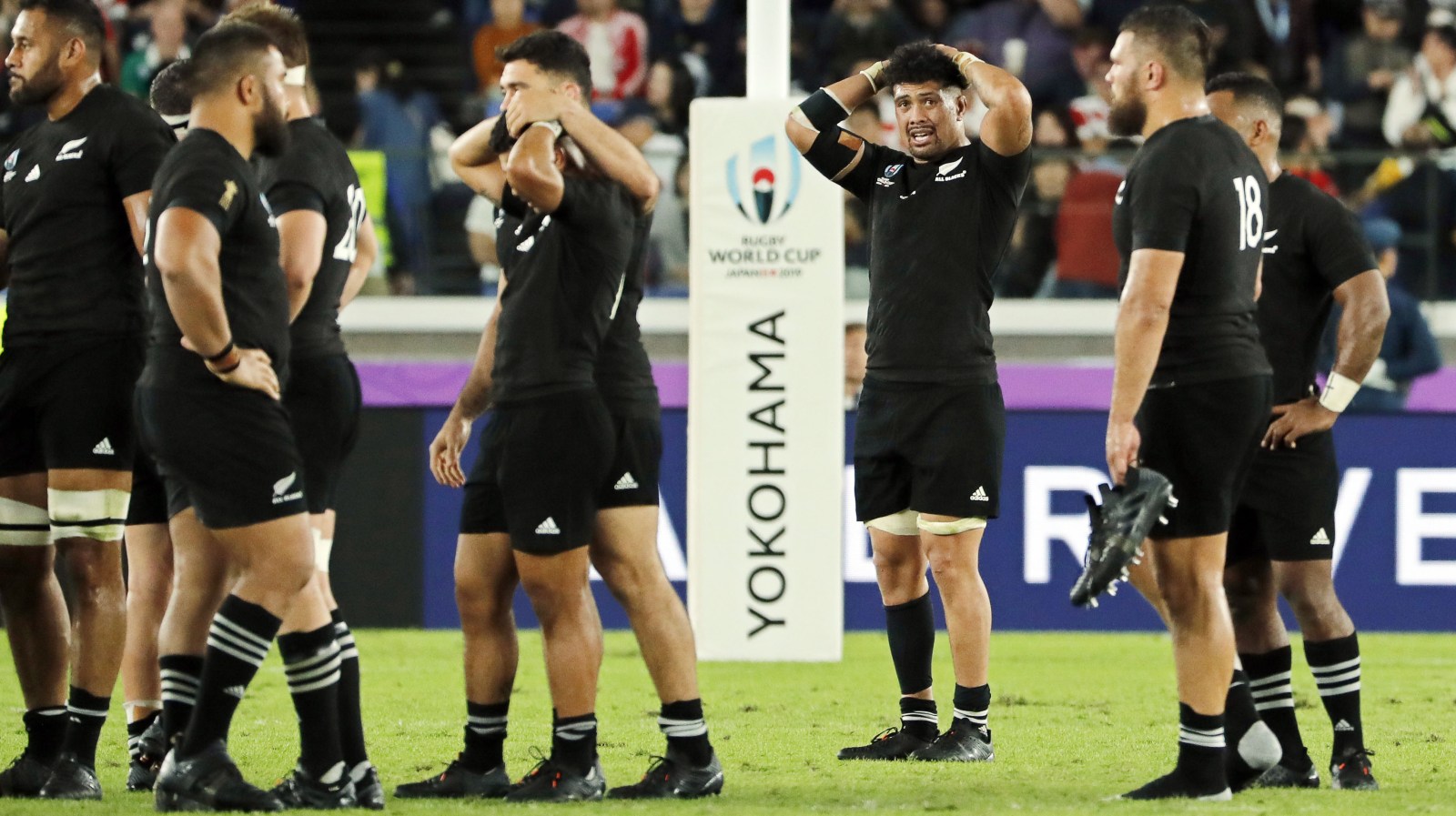 The All Blacks have dipped to third in the World Rugby rankings – an unusual occurrence in the context of their dominance.

As is tradition every Monday, World Rugby released its rankings ahead of the 2019 Rugby World Cup final.

England are sitting pretty at the top followed by South Africa in second and New Zealand in third. The Springboks’ rise isn’t all that surprising, but the All Blacks sitting in third is notable.

Only once before – way back in the early days of the rankings on 17 November 2003 – had New Zealand been ranked this low. It lasted for just one week.

Notoriously fickle as these things are, New Zealand’s dominance over the years has been notable.

They have spent a whopping 736 weeks ranked number one in the world prior to the start of the 2019 Rugby World Cup. South Africa follows in second for the overall stakes with 58 weeks while England come in at number three at 34 weeks. Wales and Ireland both enjoyed a brief stint in the lead just before the tournament kicked off.

The graphic below shows the amount of time (in weeks) each team who has been ranked number one has spent at the top, in second, third, fourth and ranked five or below. The data does not include the changes during the 2019 Rugby World Cup.

New Zealand’s slither of a single week at number three is too small to even show up on this chart.

What is also interesting to note is the last time the teams in the top five held their current positions and how long they’ve previously spent in total (in weeks) in that position.

Again, this does not include the changes during the 2019 Rugby World Cup.

For context, if New Zealand’s time ranked number one was poured into the William Webb Ellis Cup, it would look something like this.

Wales and New Zealand will square off in the 2019 Rugby World Cup bronze medal clash on Friday, something Wales’ assistant coach Robin McBryde is looking forward to.

“Beating the All Blacks is the only thing we haven’t done, isn’t it? It’s the last opportunity for us.”

Well, that and winning a World Cup. DM