The Ingonyama Trust tramples on the democratic rights of citizens 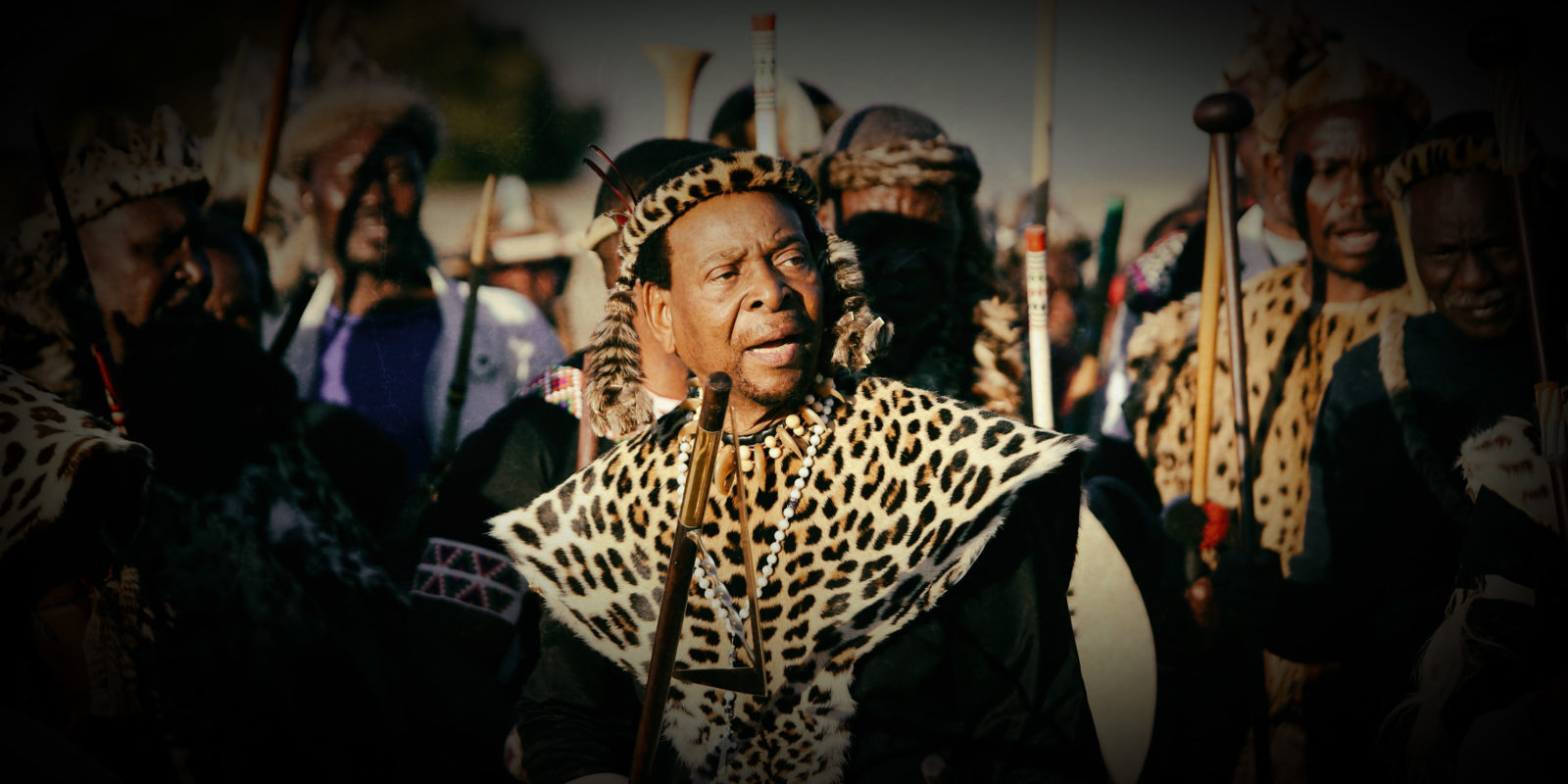 The law creating the Ingonyama Trust was passed on the very last day of existence of the Bantustan administration and created a pocket of land in democratic South Africa that would be immune to any state land reform programmes: a pocket where residents would be held to different rules and rights than elsewhere in the country.

The 2018-2019 annual report of the Ingonyama Trust Board includes a testy claim from Zulu King Goodwill Zwelithini that the board was not consulted on recommendations for the trust’s future by the Motlanthe High Level Panel on Land.

This is surprising. The board was invited to, and attended a round table session with the panel during its deliberations. In turn, it invited the panel to attend a consultation meeting, to which the panel sent a representative. But in its final report, the panel indicated that it believed the trust to be abrogating the land rights of those it exists to protect. The panel called for the repeal, or at least the amendment of, the 1994 act that established the trust on the eve of South Africa’s first democratic elections.

The panel’s view has renewed a debate about how it came to be that just days before the country went to the polls for its first democratic elections, the Zulu king became the owner of all land that was previously designated by the apartheid government as forming the KwaZulu homeland. The law was passed on the very last day of existence of the Bantustan administration and it created a pocket of land in democratic South Africa that would be immune to any state land reform programmes, one where residents would be held to different rules and rights than elsewhere in the country.

Former IFP leader Mangosuthu Buthelezi has strongly denied that the creation of the trust played any role in the party’s last-minute agreement to participate in the 1994 vote, but others involved in facilitating a deal with the National Party for the Zulu king’s ownership of land “in trust” have told researchers that the passage of the law facilitated the IFP’s change of heart.

The 2018/19 board report from chairperson Jerome Ngwenya asserts that the king could rightfully claim ownership of the land even if the trust had never been set up by law, by virtue of his historical claim to the Zulu kingdom of Shaka. This is a position which is put forward repeatedly by defenders of the trust.

One of these, IFP MP Mbongeleni Mazibuko, in an article in Daily Maverick, uses arguments that echo those of the old apartheid government. He relies on discredited history and misuses concepts such as culture and tradition.

The historical record shows that while Shaka was a powerful leader whose warriors deployed force to secure the loyalty of far-flung client chiefdoms, and to disperse people from land for his use, he did not have the political or military capacity to incorporate all these areas into his own kingdom. After his assassination, his half-brother Dingane was even harder pressed to maintain a hold over the area.

The kingdom founded by Shaka was an amalgamation of discrete chiefdoms, and it was stratified according to historical and clan relationships to the king. The lowest stratum, comprising “outsider” groupings, to which a derogatory label was applied, lived in the coastal areas or around the Thukela River. Excluded from politics, they provided menial labour and cattle tribute to the elites.

Contrary to what Mazibuko says, it is highly unlikely that the majority of the traditional leaders in what is now KZN are descendants of the clan-based groupings of the Zulu kingdom. It is well documented that colonial entities abused the existence of traditional hierarchies, artificially creating or maintaining chiefdoms where these would best serve their purposes.

The Zulu kingdom was subject to a divide-and-rule policy by the British after the Anglo-Zulu war of 1879. In the colony, new chiefs were created by administrator Theophilus Shepstone when he found people living without any. Mission areas appointed their own. Chiefs were needed for the implementation of the indirect rule system – rule through chiefs – that was developed in what was then Natal, exported to other colonies, and further refined by the architects of apartheid.

The office of traditional leadership today is largely a product of colonialism and apartheid. Since the 19th century, chiefs have not been “chiefs by their people”. In pre-colonial times it was common for an unpopular chief to be deposed or killed – or a chief’s people might simply migrate elsewhere. However, with the formalisation of the policy of indirect rule, chiefs became accountable to the government which paid their salaries and defined their domains. And pre-1994, they would be deposed if they were not politically compliant.

Democracy and accountability are absent in many traditional areas today and it has proven virtually impossible to get the government department responsible, Cogta, to take any action against leaders who abuse their positions, or even commit crimes.

Far from traditional leadership being a pan-African phenomenon, many societies across the world have grappled with a transition away from this form of leadership. Post-liberation governments have varied in how they have responded. Most chose to retain traditional positions, but restricted incumbents to ceremonial and developmental roles.

Uganda – which historically included different kingdoms – restricted traditional leadership powers drastically, and Tanzania abolished it. Swaziland is the only country in Africa to give traditional leaders more powers than they have in South Africa. A divided ANC failed to deal with the issue in the mid-1990s, and the new government failed to insist that the incumbents could not occupy both traditional and political offices.

The argument that “culture” is a basis for upholding traditional leadership structures has echoes of the apartheid government’s justification of, and attempts to disguise, the racial basis for homelands. Culture is simply an analytical construct used to describe what people have in common, such as shared norms, values, knowledge and beliefs, which are learned. Even within a group speaking a common language, what is interpreted as its “culture” may be highly variable.

Notions of “culture” change alongside changes in the socio-economic structure of every society, as do the traditions and customs embodying these ideas. There is, for example, no single “Zulu” identity in KZN: many residents would identify with other historically-based groupings such as Bhaca, Hlubi, and Thonga, and others would emphasise their Ndwandwe roots (ie the enemies of the Zulu kingdom).

There is no historical basis for the privatisation of state land in the hands of the Zulu king, who cannot be said to have “owned” it in the past. Contemporary notions of ownership of land, focusing on commercial value, should not be equated with notions that prevailed in the past, when ownership of land held very different meanings for the families who were living on it, based on intimate relationships between the living and the dead who were buried on it, and the way in which these were related to the fertility of land to meet subsistence needs.

The vesting of all former homeland land in the trust, with King Zwelithini as sole trustee, and a board to administer the trust, must be revisited. This is not to suggest a criticism of the king himself. Zwelithini enjoys widespread support and respect in his own right – especially since he publicly distanced himself from party politics in 1994 – but this is not through his association with the trust.

Calls for the dismantling of the trust are not based on distrust of him as a leader. Neither do they have anything to do with a “clash of cultures” as claimed by Mazibuko. Rather, they are rooted in economic realities and in the democratic rights of the citizens who live on the land. The trust, through its board, not only contests the transfer to the government fiscus of mining royalties due to it, but acts as a virtual parallel government, itself issuing leases which are often cloaked in secrecy, and which trample on the legally protected rights to the land of the people living there, and on their security.

As mining companies or other business ventures have gained leases, the people living on it, and subsisting on it, have lost their land. The echoes of the apartheid years are strong. There is little oversight on the consequences of business operations – in some areas water has become polluted and cattle have become sick. In the coal-mining area of Somkhele (near Mtubatuba) the rate of respiratory illnesses is extremely high and is linked anecdotally to many deaths. In kwaMzimela, homes and graves have been blasted away for sand mining.

It is traditional leaders who give permission to the trust to grant leases, regardless of the consequences for their subjects who may not even know that leases are under negotiation until they are told to move (as in eMpembeni). The democratic government, which claims to represent “the people”, has recently dealt rural folk a further blow by passing legislation which will give even more powers to traditional leaders to enter into such agreements. It should be no surprise that these two pieces of legislation – the Traditional and Khoi-San Leadership Bill, and the Traditional Courts Bill – are referred to by objectors as the “Bantustan bills”.

To avoid a further retreat into the past, this legislation must be opposed at all costs. DM

Mary de Haas is an independent violence monitor in KwaZulu-Natal. This article draws on a wide range of historical material by eminent South African academics.