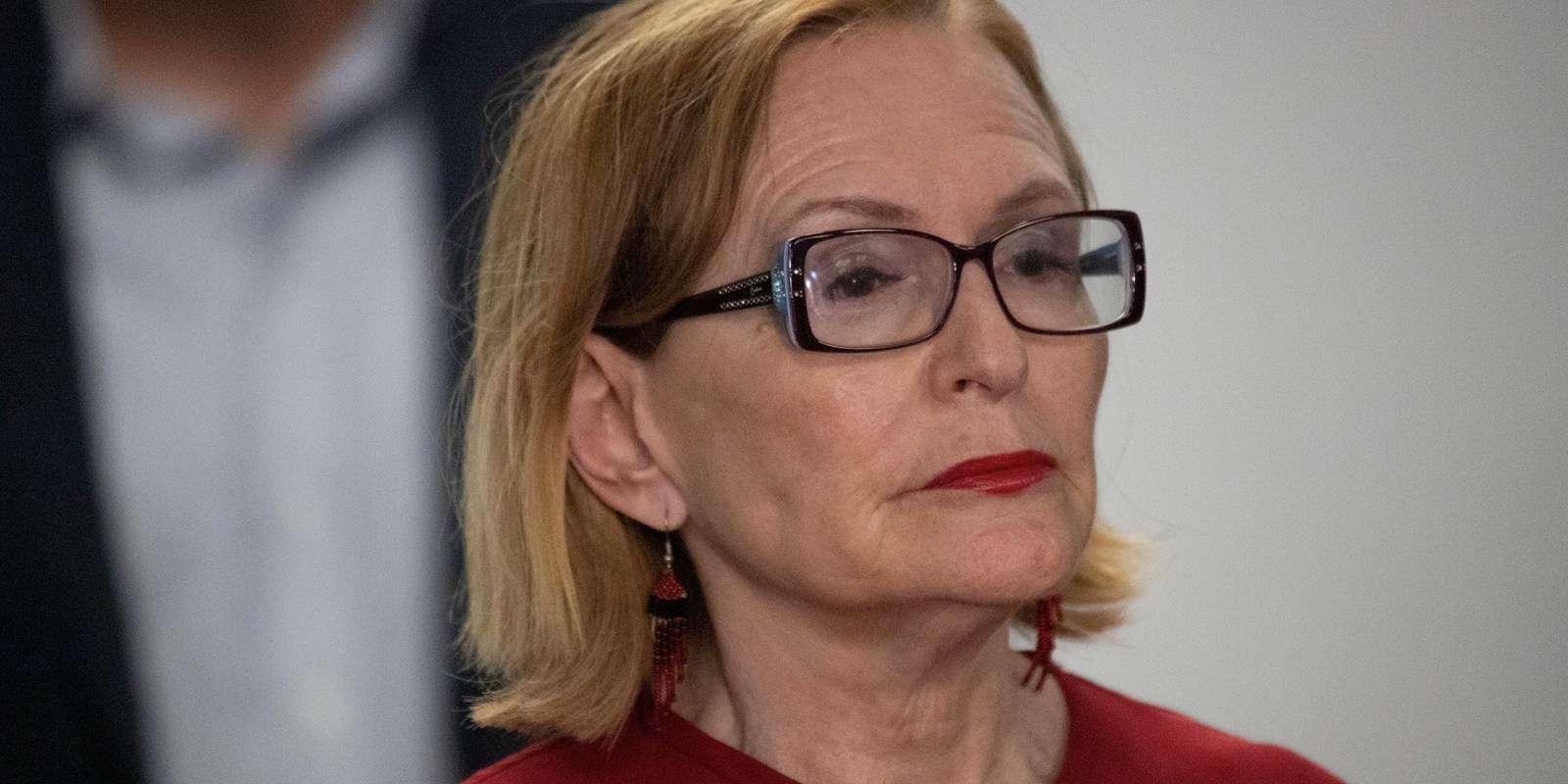 To live in South Africa now is an exercise in seeking out the silver linings that proverbially surround much larger dark clouds. In this vein, the calamity that is the disintegration of the DA provides an opportunity for the party to reset its economic challenge to the ruling party, and perhaps also for a new party to establish a different kind of challenge. But what are the chances of either or both happening? The omens are, frankly, poor.

Is it possible that the Democratic Alliance’s travails constitute an opportunity wrapped up in a calamity? It’s a tricky argument, but this is how it goes:

The most devastating and under-reported part of the report of the DA’s elder statesmen, Ryan Coetzee, Tony Leon and Michiel le Roux, to the DA federal council (the three wise men or the three white men, depending on your politics) is the racial breakdown of the DA’s support. Support for the DA among SA’s racial minorities has grown and solidified over the past decade. In 2004, a mere 24% of mixed-race South Africans and South Africans of Indian origin voted for the DA. By 2014, three-quarters of both population groups voted for the DA, and despite the DA’s notionally weak performance in 2019, both groups voted for the party’s first black leader, Mmusi Maimane, just fractionally lower than the 2014 high point.

Under Maimane’s leadership, the party did lose support among white South Africans, recording the lowest proportion of white votes in a decade. But Maimane’s biggest calamity was that despite a very active and long-standing campaign to try and transform the party into one for all South Africans, the effort failed.

The report lays bare this failure, and here is the incredible thing: the DA attracted more black voters in the 2000 national elections as a proportion of its total vote count than it gained in 2019, and not just by a little bit. The DA won support from about 4.9% of black voters in 2000, compared to 4% in 2019. And just to drive home the point, the 2000 election was the DA’s “Fight Back” election campaign, for which then-leader Leon was absolutely castigated by political commentators at the time. For an able, likeable, hardworking person like Maimane, this must have been a terrible disappointment.

It must be said, these numbers are a little misleading. In the 2016 municipal elections, it seemed as though the DA was making strides in this area; the DA won just below 6% of black voters, the highest in history.

The circumstances are different too. In 2019, the DA was facing a very popular leader in Cyril Ramaphosa, whose support from all races is high. It’s possible too that the EFF campaign of explicitly mobilising around an anti-white programme might have changed the optics of the national argument by suggesting black votes for the DA were acts of racial betrayal in much the same way the old National Party used to corral Afrikaans voters.

Still, given the DA’s strenuous efforts to make a dent in this constituency, which includes, of course, the election of Maimane himself, the result was a huge disappointment. The party now faces a pivotal moment; having tried so hard and failed so badly to win black votes, does it conclude this aim is just beyond its capacity?

Some analysts who provided their views on the trio’s report, black and white, are pessimistic. The DA will, they argue, never be able to gain black support for two reasons.

First, having won support from racial minorities, the party will always be constrained from moving leftwards because it could lose more support on its right than it gains on its left. That is what happened in 2019.

Second, the party will always be vulnerable, with some justification, to the accusation that it supports “minority interests”, that it is regressive, and that it embodies a reactionary constituency, and all the other accusations typically tossed at it by political opponents and their many acolytes in the media and academia, sometimes fairly and sometimes unfairly.

In any event, the party itself seems to have made up its mind to abandon this effort to win black voters by voting for former leader Helen Zille, whose reputation among black South Africans is frankly awful, and then doubled down on the tendency by electing John Steenhuisen, the party’s irascible chief whip, as its parliamentary leader.

On the “silver lining” theme, this might be a much better outcome than many claim for two reasons.

Another finding of the trio’s report is that the DA’s message got muddied. Every time it faced a crossroads, it sought to take both paths. Just one example was that in its effort to win over black voters, the DA tried to do so by adopting a lightweight version of the ANC’s economic policy, thinking that logically, if this message was working for the ANC, presumably it could work for the DA too.

This was a disastrous mistake. The ANC’s economic policy is complicated and faceted, but it rests on a single notion: redistribution. The numbers are a bit dated now, but according to a World Bank study, South Africa can claim to have the most redistributive budget in the world.

Implicit in the policy issue on which Maimane fought hardest was the idea that race is a proxy for disadvantage, and therefore redress is the most crucial policy plank of the DA.

“We believe race is a proxy for disadvantage and an accurate reflection of who is still excluded from opportunity. The party has not decided to move away from race-based redress policies; however, we unequivocally reject the ANC’s version of redress which operates to enrich and re-enrich the connected elite,” he said on the campaign trail.

Agree with this idea or not, the fact is this is long-established ANC policy. As it happens, the claim is a bit muddy. On the one hand, on an average basis, black South Africans are substantially poorer than all other races, as we all know, a number skewed by the absolute proportions involved. However, since there are now more “middle-class” black South Africans than all the other minority races put together, the claim is somewhat wobbly. More importantly, it leads to galling absurdities where poor coloureds, for example, are excluded from opportunities where rich, politically-connected blacks are included. 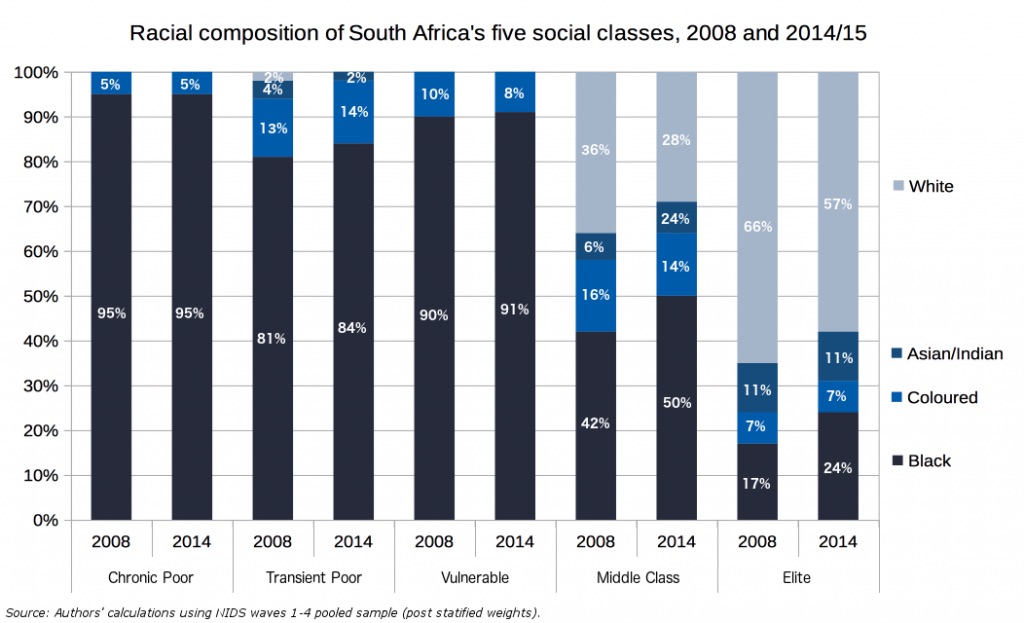 But, of course, this is deliberate. The ANC, astute politicians that they are, long ago faced this crossroads and chose to abandon minorities and seek to build its political consensus primarily around black solidarity. The utility of the manoeuvre is that it enables the ANC to build a logic around its broad-church approach, it utilises political history to its advantage, and secures a thumping political majority. It’s worked like a bomb, even where the ANC administrative performance on the ground has been beyond abysmal.

What is less obvious now, but what will become more obvious in future, are the contradictions in this approach. South Africa’s economic growth has stalled, and despite high hopes, Ramaphoria has done little to improve the situation. Redistributive economics is not always regressive, in fact, in normal circumstances, it should help. But the version the ANC applies is regressive. The party is wedded to redistributive economics of an acutely disjointed type. Because this is so, it fails to grasp the opportunity provided by expansion economics. For example, for the ANC to largely reject its own finance minister, Tito Mboweni’s modest and unobjectionable economic growth proposals that steer clear of the big touchstone issues of ANC economic policy, shows how little the party’s rank-and-file really understand and appreciate how modern economies actually work.

As one of the leading global experts in development economics, Ricardo Hausmann, memorably points out, the ANC’s approach of scapegoating SA’s existing businesses for the country’s problems is dangerous:

Grasping at silver linings, in this scenario, means hoping the new chastened DA will give voice to growth economics. The question is, does it have the personnel and economic understanding to argue that case cogently? In the recent past, it’s been kinda flippy-floppy on this front. Zille acknowledges her own weaknesses in this regard, and the party no longer has the excited and motivated young policy-wonks that once flocked to its ranks. Still, silver lining, remember.

The other, and perhaps an even more unlikely silver lining, is that the DA’s implicit departure from self-consciously and overtly seeking black support means there may now be room for a new party of the black middle class. Technically, this should be true. But so long as the ANC lures the black middle class with promises of grand wealth through black economic empowerment, it’s going to be tough. Just ask COPE leader Mosiuoa “Terror” Lekota.

The problem, of course, is that running a political party is expensive, and that means fundraising, and this is actually where the DA, and Zille particularly, excel.

Yet, there is no group, with the possible exception of the very poor, who are as badly served by the current political system as professional black South Africans. They are taxed highly, services are abysmal, education provision is poor, security is horrible, their future opportunities are constrained, and they are outgunned by people with better political connections for the decreasing pile of state largesse notionally on offer.

Could Maimane mobilise this group? Perhaps not now. But let’s keep looking carefully at that cloud. BM

This story has been corrected to reflect the correct proportion of black voters won by the DA in the various elections. Apologies for the error.